Five Killed In Blast On Ship Under Repair At Cochin Shipyard 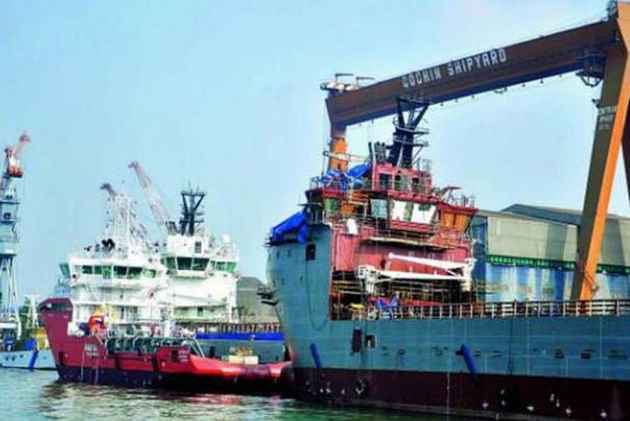 Five people were killed in a fire following an explosion on an ONGC vessel under repair at the Cochin Shipyard Limited premises today, a CSL official said.

The deceased were believed to be contract workers, he said.

Three injured people have been admitted to a private hospital here, he said, adding that the condition of one of them, who suffered 40 per cent burns, is stated to be critical.

The CSL spokesperson earlier today said 11 people trapped inside the ship were evacuated and rushed to city hospitals.

City Police Commissioner M P Dinesh visited the accident site and said those trapped on the ship were evacuated and the situation was under control now.

The blast reportedly occurred in a water tank on the front side of the ship docked in the yard for repair.

The incident occurred at around 10 AM when those on the vessel were about to deboard it for breakfast break.

Police said smoke inhalation is suspected to be the reason for the casualties.

Union Minister for Road Transport and Highways, Shipping and Water Resources Nitin Gadkari expressed shock over the loss of lives in blast.

"Shocked by unfortunate blast at Cochin Shipyard... My heartfelt condolences to bereaved families. I have spoken to MD, Cochin Shipyard n asked him to provide all necessary medical support to victims n to initiate immed inquiry with help of concerned agencies (sic)," he tweeted.

Kerala Chief Minister Pinarayi Vijayan condoled the death of the five persons in the blast.

In a Facebook post, he said directions have been issued to conduct rescue operations and provide urgent medical care to those injured in the blast.