The plans were considered and approved from the point of view of security, compliance with the Aadhaar Act and protection of privacy, said UIDAI CEO Ajay Bhushan Pandey. 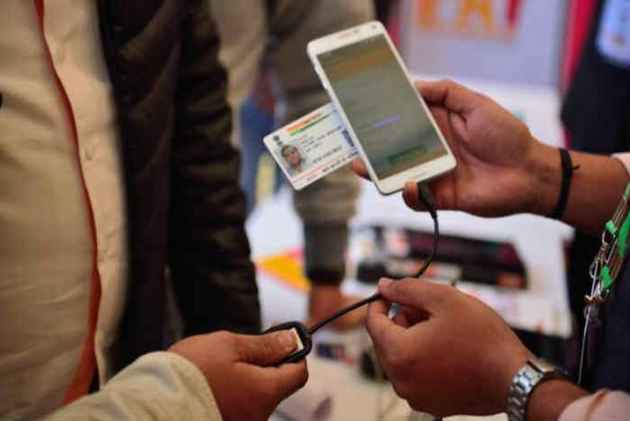 The Unique Identification Authority of India has approved the blueprint presented by telcos to operationalise new modes such as OTP for Aadhaar-based SIM reverification of existing subscribers from December 1.

"Their (telecom operators') plans have been approved... They have come and we have told them they will implement (the process) from December 1," UIDAI CEO Ajay Bhushan Pandey told PTI.

The government last month had announced three new ways to complete the process of linking mobile phone numbers with Aadhaar to enable existing subscribers to undergo SIM re- verification exercise from the comfort of their home.

The operators, thereafter, were instructed to approach the UIDAI with their blueprint to operationalise the new processes that were permitted, and implement the new system after the Aadhaar-issuing body gave clearance.

The plans were considered and approved from the point of view of security, compliance with the Aadhaar Act and protection of privacy, he added.

As per the new methods that were permitted, mobile numbers can be linked with Aadhaar through OTP (one-time password), app or IVRS facility -- the measure aimed at simplifying the entire process and making it convenient for people.

While the authentication of mobile phone number with Aadhaar, a process called re-verification, by visiting stores of telecom firms will continue, the government has ordered the companies to carry out the exercise at the doorsteps of the disabled, chronically ill and senior citizens.

Telecom operators have also been directed to deploy iris devices at "appropriate number of service points" so subscribers have access to iris authentication "within a reasonable geographical distance".

"Mobile companies have assured the UIDAI that they will implement OTP-based verification of mobile numbers by month- end and this will allow people to get the verification done without actually visiting the store or retail agent," Pandey added.

He said the new methods would also "help achieve the (re-verification) task in the given timeframe (February 6 deadline) and make the whole system more secure as it will prevent misuse of mobile number by unscrupulous elements".