"They should attack policemen with knives and other sharp objects which they work with," he had told villagers. 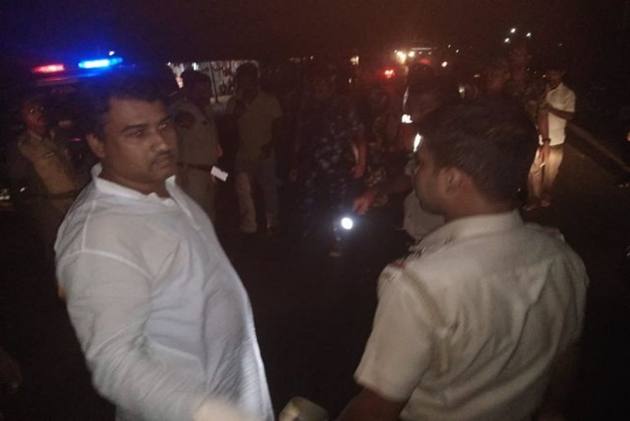 BJP district president from North Dinajpur, Shankar Chakraborty was arrested hours after his speech in Darivit area on Sunday where two students had been shot dead during a clash between agitating students and the police over the recruitment of new teachers at a local school on September 20.

"If policemen come here, attack their vehicles, tie them to trees and beat them up. If they ask for water, rather feed the dogs. If they are injured, rather take an injured dog to the hospital," Chakraborty quoted as saying. He also said that police were harassing people and disturbing women of the village.

"They should attack policemen with knives and other sharp objects which they work with," he had told villagers.

As situation remained tense in the district even on Sunday, a BJP delegation, comprising of state party leaders Mukul Roy, Locket Chhatterjee and Pratap Banerjee, met the family members of the deceased at Islampur's Daribhit village on Sunday and demanded those involved in the killings to be immediately found out and punished.

The saffron outfit has called for a 12-hour shutdown across the state on September 26, claiming the two youths were shot dead by police during the clash and demanded a CBI probe into the matter.

"The police brutally killed the youths and now the state government and its ministers are trying to cover up facts. The locals are clearly saying that police opened fire on the agitating students when the situation went out of hand. The police personnel responsible for the deaths must be identified and punished," said state BJP women wing president Locket Chatterjee.

Earlier in the day, the locals stopped the police from entering the village and held a protest before local MLA Kanhaiyalal Agarwal and Goalpokhar legislator Gulam Rabbani, demanding a CBI probe.

"We want CBI investigation. We want to know why my son was killed. We have no faith in the state police any more. They are trying to hide facts," said the father of Rajesh Sarkar, one of the deceased youth.

The state ruling party Trinamool Congress, however, blames the BJP and RSS for the clash and deaths accusing them of "indulging in politics of killing." It the party will do everything to fail the shutdown called by the saffron outfit.

"The BJP's attempt to create a political unrest will fail. We will hold protest meetings and rallies throughout the state against the BJP's bandh call," said Trinamool Congress Secretary General Partha Cahtterjee.

One of the youths was allegedly shot dead during the clash outside Daribhit High School premises on Thursday while the other youth, also hit by a bullet that afternoon, died in the North Bengal Medical College and Hospital on Friday.

Both the deceased were former students of the school where the clash took place.

According to the police and the local sources, the situation got heated up last Wednesday over the recruitment of three teachers of Urdu and Sanskrit languages in the school while the students had been demanding teachers in literature and science subjects.

The new teachers were stopped from entering the school by the agitating students on Thursday afternoon, who later blocked the road and clashed with the police when they arrived on the spot.

Villagers claimed that the two youths were killed in police firing, whereas the police maintained no bullets were fired by them and claimed that miscreants armed with guns, bombs and sticks attacked them outside the school.

North Dinajpur Superintendent of Police Sumit Kumar had said members of the mob were carrying bombs and arms, and that 14 policemen were injured in the clash.

Seven people, including some BJP supporters, have been detained.

West Bengal Chief Minister Mamata Banerjee, who is currently on a 12-day tour to Europe, said the state government will not allow any shutdown to take place and accused the BJP and the Rashtriya Swyamsevak Sangh of engineering unrest by murdering people.