The tragedy occurred when the officer - identified as Swati Dumane, 31 - along with three other beat colleagues from Kolara Forest Range of TATR, was conducting a tiger count in the vicinity, said Jitendra Ramgaonkar, Chief Conservator of Forests, TATR. 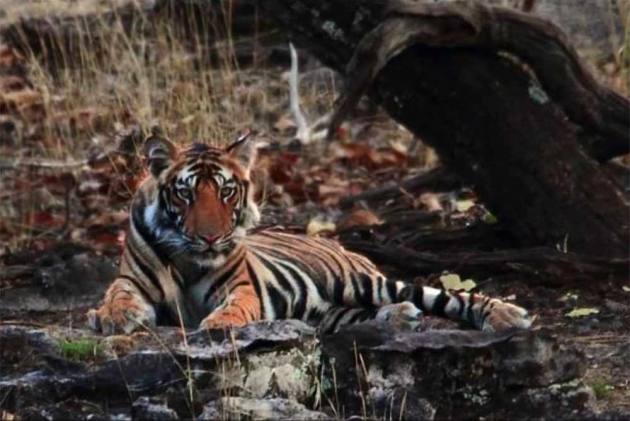 In a tragic incident, a woman Forest Guard was pounced upon and killed by a tigress in the Tadoba-Andhari Tiger Reserve (TATR), here on Saturday morning, officials said.

The tragedy occurred when the officer - identified as Swati Dumane, 31 - along with three other beat colleagues from Kolara Forest Range of TATR, was conducting a tiger count in the vicinity, said Jitendra Ramgaonkar, Chief Conservator of Forests, TATR.

Around 7 a.m., Dumane and her three beat helpers launched a sign survey as part of the All India Tiger Estimation-2022 exercise currently underway, he said. After trudging around 4 km from the Kolara gate till compartment No 97 inside the TATR core area, the team saw a tigress sitting on the path ahead of them, barely 200 metres away. They waited for almost half an hour for the tigress to move, but later, decided to take a detour through a thick patch of the forest, Ramgaonkar said.

Upon noticing the human movements, the tigress followed them and attacked Dumane from the rear side as she was moving just behind the three beat helpers. Even as the trio ahead realised what was happening, the tigress fatally mauled and dragged Dumane deep inside the jungle. The beat helpers informed the seniors outside the forest who rushed to the spot and managed to trace out Dumane's body from a thickly wooded area where it was abandoned by the tigress.

"The body has been sent for autopsy at the Chimur Government Hospital. The AITE-2022 exercise of sign survey and transect walk on foot has been suspended in TATR till further notice and precautions to avoid such incidents are being taken," Ramgaonkar said.

"Dumane hailed from the adjoining Gadchiroli district and is survived by her husband and a 4-year-old daughter. She joined the Forest Department service in 2011. The TATR foundation has released an ex-gratia of Rs 5 lakh for her family," Maharashtra Vanrakshak-Vanpal Association, Chandrapur President Pradip Kodape told IANS.

The Forest Department is providing all assistance to the bereaved family and her last rites were performed with full honours this evening.