Time To Play Fast And Loos

The PM had promised 'toilets first, temples later'. He will earn the gratitude of pseudo-secularists like me if he launches such a project. 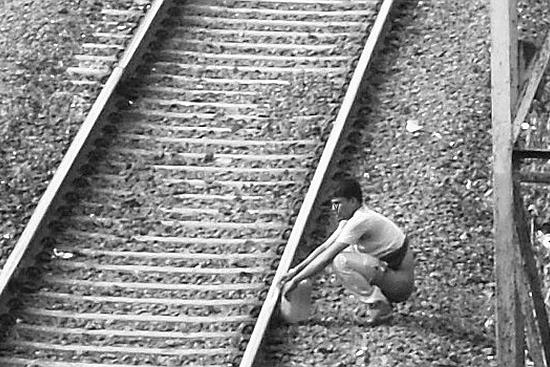 When VS Naipaul wrote in 1964, "Indians defecate everywhere. They defecate mostly besides railway tracks...."  his description of collective Indian shitting became something of a phrase celebre. Besides achieving some grotesque fame, open air bowel excavations were justified by spiritual gobbledygook. Regrettably, Naipaul did not have access to numbers or details of the health hazards he so graphically described. His objection was aesthetic.

Data published in the UN Millennium Development Goals report 2014 should shame us, especially those who own indoor toilets with 21st century appliances like the bidet.

It is estimated 800 million out of 1.2 billion of our population relieve themselves under a threatening sky. "The world does not offer us the decency to let us defecate in private", says a woman from Patna whose daughter was recently raped when she went into the killing fields.

While the Modi government is busy doing spectacular things like single-window clearance for foreign investment and identifying the date and year of the great Mahabharata war, one doesn't read or hear much about what it proposes to do for eliminating a shocking disgrace from our society. Amartya Sen and Jean Dreze point out, "The history of world development offers few examples of an economy growing so fast for so long with such limited results in terms of reducing human deprivations."

An anti-poor spectre haunts the country. Only jholawallahs and garrulous lefties talk of rising inequality. Whatever criteria you adopt, 30 rupees or 40 rupees a day, one third of the `world's extremely poor' live in what is allegedly the third biggest economy on our planet.

In 2014, to write about the poor is to run the risk of being criticized as an advocate of the rejected politics of entitlement. It seems Mr Modi's victory is also a defeat for those championing special rights for 800 million people. Instead, we are told to follow the Gujarat template.

R.K. Misra reporting from Ahmedabad in Outlook says, "The Sachivalaya has undergone a major renovation. Gone is the old, staid sarkari look, in its place is a stylized corporate one carrying the distinct stamp of Modi. But barring the CMs newly constructed block, pass any other place and the toilets yell from a distance, making you hold your breath."

Those of our fellow citizens doing their `business' in the open would have remained a statistic had something worse not happened: Rape and defection got inextricably linked.

In the past year, the Bimaru states have experienced a sharp escalation in the number of sexual crimes. Soutik Biswas writing on the BBC website reveals, "Some 300 million women and girls defecate in the open. Most of them belong to the underprivileged sections of society". Imagine, 300 million of our citizens are potential victims of rape.

Cut to Katra village in Uttar Pradesh where the gruesome headline-hitting rape and hanging of two teenage girls occurred. Both the girls had gone to answer 'nature's call' in a nearby field when they went missing. As I write, their bodies are being exhumed. If these girls had toilets at home both would be alive. Barbara Frost of WaterAid says, "The vicious horrifying attack illustrates too vividly the risks girls and women take when they don't have a safe, private place to relieve themselves."

Journalist Geeta Pandey reporting from Lucknow spoke to Sarika (16) who had gone into the nearby fields for her evening ablutions on a pitch dark, cold February evening. On her way back, the following happened: "Shivam grasped my hand and asked me to marry him. I said, `No, how can I marry you'...I tried to run away. With the help of his friends, he dragged me into a secluded area and began to assault me with knives and axes. I was conscious for some time, but once they cut me in the head and neck, I fainted. When I became conscious I was in hospital".

Geeta adds Sarika and her family have fled from their village and land to stay with relatives 30 miles away.

Outrage is not enough. This barbarity must be stopped.

Since the Prime Minister enjoys a reputation for getting things done, I suggest he, under his personal name, launches a campaign to end the scourge. A time-bound programme with a six-monthly audit is the crying need. In five years India should be made open defecation-free.

If the PM can end this degradation, he will go down in history as someone who could translate words (he has promised, `toilets first, temples later') into action. This is a non-Hindutva project, yet it should be treated as a sacred cause. Mr Modi will earn the gratitude of pseudo-secularists like me if he launches such a project.