TM Krishna Hails Concert In Delhi As 'Celebration Of Democracy'

The significance of the performance is, people came together to say it's a country of voices where people who disagree are welcome to protest and express disagreement, says TM Krishna. 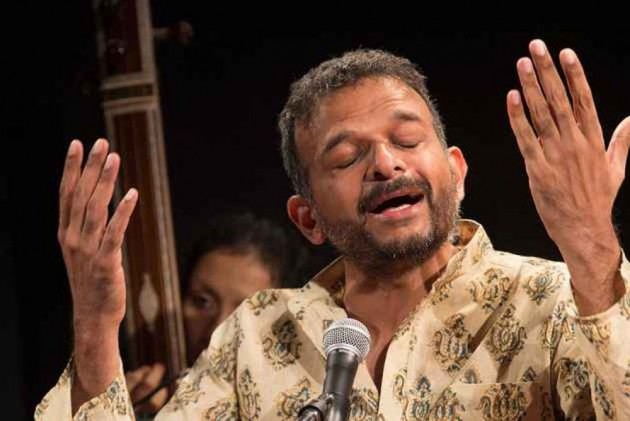 Carnatic singer TM Krishna, who performed at a music concert on Saturday in front of an audience of 1000-odd people, hailed the event as a 'celebration of democracy'.

Speaking to media after the successful completion of the concert, Krishna, a Magsaysay award winner, said, "It's a day to celebrate democracy. The significance of today's performance is, people came together to say it's a country of voices where people who disagree are welcome to protest and express disagreement, but it isn't a country where we will say you can't sing, speak or write."

After Krishna's concert, which was scheduled to be held at Nehru Park on November 17, was cancelled by the Airports Authority of India (AAI), the Aam Aadmi Party (AAP) government had, on Thursday, stepped in to organise another performance by Krishna, who is known to speak out against hate politics, communalism and caste.

Later, the concert featuring Krishna was organised at the Garden of Five Senses on Saturday evening on an invitation of the AAP government.