Goa Congress president Girish Chodankar strongly asserted that the voters cannot be wooed with false promises and money as people are deeply rooted in the Congress. 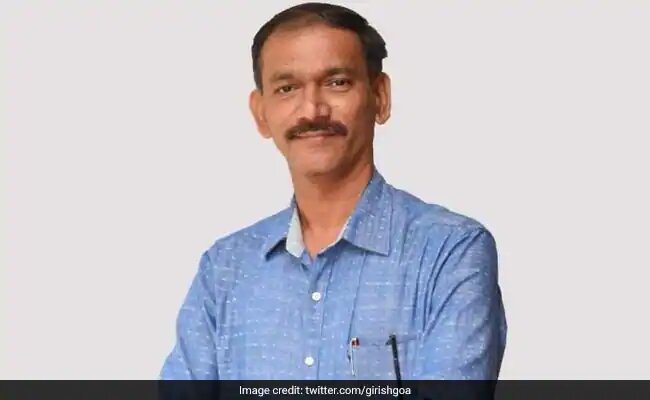 With elections to the 40-member Goa Assembly is scheduled for early next year, political activity in the state is garnering momentum. Outlook’s Preetha Nair spoke to state Congress president Girish Chodankar on the party's prospects and the challenges posed by AAP and TMC in the upcoming polls.

Q) From 17 MLAs in 2017, the Congress party has been reduced to four in the Assembly now. How do you see the prospects of the party in this election?

For the first time, the party has taken a bold stand that the defectors from Congress will not be readmitted in the party. We have taken this decision as per the wishes of the people of Goa. Now that 10 members of Congress have defected to other parties, we will rebuild the constituency with fresh and young faces. This is the expression of Goans. We have worked hard to win back the trust of people of Goa. We have consistently taken up issues concerning the public aggressively in the last four and a half years. Our party has exposed failures of the BJP government from time to time. People want the BJP government to be ousted and they feel that Congress is the only option. People have reposed faith and trust in the party now.

Q) Congress is marred by defections in the last couple of years. Former Congress leader and Chief Minister Luizinho Faleiro was among the prominent faces to quit the party to join TMC. Isn’t it a setback for the Congress with elections round the corner?

Luizinho Faleiro leaving the party hasn’t had any impact so far. Faleiro must have imagined that it will dent the prospects of Congress. However, TMC has sidelined him completely after they realized that he has no work. His photo is not to be seen anywhere and only Mamta Banerjee’s photo is seen everywhere.

Q) New Player TMC is making a splash in Goa. Even the Aam Aadmi Party (AAP) is also pulling out all stops to expand its base in the state. Do you think these parties will pose a major challenge to Congress?

Pt Jawaharlal Nehru once famously said that “Ajeeb hai Goa ke log”. They think wisely and they cannot be carried away by one team from Bangalore or Delhi. The voters cannot be wooed with false promises and money. People are deeply rooted in the Congress. They believe that Goa is Congress and Congress is Goa. Because the ideology of Congress and Goa is the same and we served the state for a very long time.

Q) Is TMC poaching from Congress?

They have come here for a specific purpose. They are on a mission. Their mission is to divide Congress votes. They want to split the Congress votes and help the BJP. But Goan voters are wise. They will not be carried away.

Q) Will the Congress stitch up any alliance with Maharashtrawadi Gomantak Party (MGP) or the Goa Forward Party (GFP)?

Deliberations are going on and the Congress leadership will take the appropriate decision as per the wishes of Goans. We are in the process of studying all pros and cons before getting into any alliance.

Q) There is an opinion that Congress is lagging behind in cobbling alliances as other principal players are already in talks with regional parties.

Alliances or no alliance, it’s a political strategy of a political party. We want to proceed as per the directions of people. We are not laid back. Sometimes alliances help and sometimes it doesn’t. We have to see if an alliance will benefit or it will pull the party down. Only people who are working on the ground will understand this.

Q) There are talks about Opposition Unity and anti- BJP coalition at the national level, where Congress and TMC play an important part. What will be the future of such collaborations in the long run?

TMC has no organization on the ground in Goa. They just appeared in the landscape a few months before the election. Why didn’t they begin groundwork at least five years ago? They are expanding their footprint at the expense of the Congress. In the 2017 election, AAP defeated four candidates of Congress. They are trying to stop us from reaching the magic number. People understand the game.

Q) Do you think that the BJP will benefit in a multi- cornered fight?

Parties such as TMC and AAP are here with a specific agenda. I can’t comment on whether they are helping the BJP or doing it at the behest of Amit Shah. They claim to be friends of Congress and they start poaching from us. The voters won’t let these parties to help the BJP through backdoor or front door

Q) What are the lessons learnt from the 2017 Assembly elections in which Congress failed to form a government even after emerging as the single largest party?

It was an injustice committed by the BJP and the Governor. The Raj Bhavan was used as a political office by the BJP to snatch power. The lesson we learnt is that we need to get an absolute majority to stake a claim. If we don't have the numbers, then we will have to depend on others. I believe that people will give a decisive victory for Congress this time.

Q) But there were criticisms against the Congress central leadership for not taking timely actions.

It’s an argument which is conveniently used by everyone. That is not the real story. The same story happened in Manipur too. So why one rule for Goa and another rule for Manipur?