TMC Brings Its Fight Against Tripura BJP To National Capital

The four-hour-long protest in front of the MHA saw both TMC legislators, from both the Lok Sabha and the Rajya Sabha, raising slogans against the home minister and the prime minister over their silence on the violence in the northeastern state. 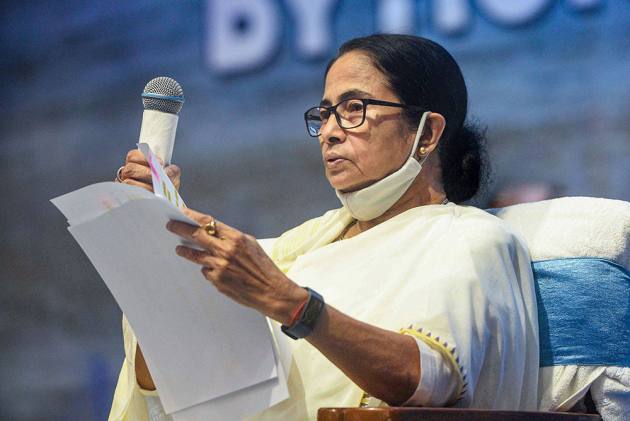 With the MPs meeting Home Minister Amit Shah after sitting on a dharna outside the Ministry of Home Affairs for hours, TMC brings into the national capital its fight, against BJP in Tripura.

TMC legislators Sukhendu Sekhar Ray, Santanu Sen, Kalyan Banerjee, Derek O'Brien, Mala Roy and 11 other MPs were part of the delegation that met Shah. "We told him in detail how leaders were being arrested and MPs being beaten up. He told us that he had spoken to the Tripura CM on phone yesterday and assured us he would seek a report from the state," TMC MP Kalyan Banerjee said.

The issue of violence against party leaders would be top priority for West Bengal Chief Minister and TMC chief Mamata Banerjee who is scheduled to land in Delhi at 8 pm and is expected to meet Prime Minister Narendra Modi.

The Tripura Police on Sunday arrested actor-turned party leader Sayani Ghosh on charges of attempt to murder after she allegedly disrupted a meeting of Chief Minister Biplab Kumar Deb by shouting "Khela hobe" (we will play) on Saturday night. She was arrested after being called in for questioning in a police station in Agartala, a police official had said.

TMC MP Dola Sen said the party had sought an appointment with the home minister 24 hours in advance and after sitting on a dharna for six hours they were invited to meet Shah. "We primarily had three things to tell him, that the Supreme Court's order instructing the state government to allow all opposition parties to campaign in a peaceful and orderly manner hasn't been given to us. Second, we requested him to look in the Sayani Ghosh case, and of course we raised the issue of brutality against party leaders." Sen added, Shah told them that he would try to look into it. "After 30 hours, this is progress".

Banerjee said that she will raise issues concerning the enhancement of BSF jurisdiction as well as the "widespread violence" in Tripura with the PM during her visit to the national capital.Talking to reporters before leaving for Delhi, she wondered why the human rights commission was "not taking a note" of the ongoing use of brute force in the northeastern state."The chief minister of Tripura (Biplab Deb) and his government are defying the SC's directive. They have to reply to common people. I will appeal to the higher judiciary to act against his government as per law," she said.

Earlier, the Supreme Court had asked the Tripura government to ensure that no political party in the fray for the coming local body elections "is prevented from pursuing its electoral rights in accordance with law, and from campaigning in a peaceful and orderly manner".

On Monday, the apex court agreed to hear on November 23 the TMC's plea seeking contempt action against the Tripura government and others for failing to curtail violent incidents against opposition parties in the run up to the local body polls.

Meanwhile, amid his party MPs' attack on the government in Delhi over the violence in Tripura, TMC general secretary Abhishek Banerjee arrived in the state to take part in a campaign for civic elections. Here too, he lashed out at the BJP government on the issue."The way the BJP goons attacked our supporters and activists at a police station only proves that a jungle rule is prevailing in the state. The ruling BJP in Tripura is using its police for narrow political gains, but this will not last long. We will fight them...The government led by Biplab Deb will not be able to silence the TMC," the party general secretary told reporters in Agartala.