A TMC core committee meeting was held at Banerjee's residence, who is also the TMC supremo, during the day to discuss the party's strategy and the candidate list for four municipal corporations to be held on January 22. 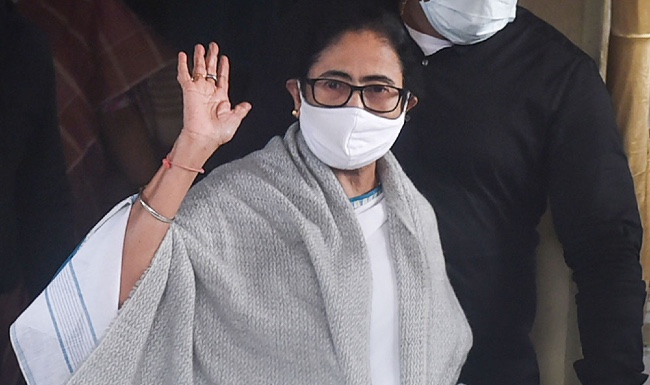 West Bengal Chief Minister Mamata Banerjee on Thursday stressed on winnability and clean image as the prime criteria while selecting candidates for the coming civic poll in the state, party leaders said.

"During the meeting our party supremo stressed on winnability, clean image and capability to strengthen the party's image in the area. These will be the main criteria while selecting candidates for the civic poll," senior party leader and Kolkata Mayor Firhad Hakim said after the meeting.

The party later announced a list of 227 candidates for election to four municipal corporations. Seventy six of them are women. Former Bidhannagar Municipal Corporation Mayor Sabyasachi Dutta, who had quit the party in 2019 to join  BJP only to return after the 2021 assembly polls, was given nomination from ward number 31 in Bidhannagar.

The West Bengal State Election Commission had on Monday announced that the poll to Siliguri, Chandannagar, Bidhannagar and Asansol municipal corporations will be held on January 22. According to sources in TMC, some sitting councillors in these civic bodies whose performance has not been up to the mark and have earned the party a bad name have been dropped.

"The report on our councillors prepared by I-PAC has played a key role while selecting candidates," another senior TMC leader said on the condition of anonymity. During the December 19 Kolkata Municipal Corporation (KMC) poll the ruling TMC had dropped 39 out of 124 sitting councillors.

Out of the four civic bodies where the poll will be held on January 22, the TMC had won three in 2015. The Left Front had won the election in Siliguri Municipal Corporation. The election could not held in 2020 due to the pandemic situation.