TN asks Centre to upgrade IMD's technology, says it could not give timely forecast 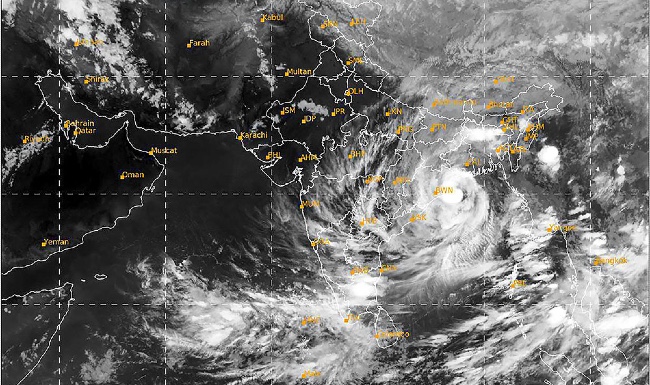 By the time an 'orange alert' was issued at 4.15 PM that day, there was heavy downpour already in Chennai and 3 nearby districts, which led to inundation of many places and total disruption of traffic, he said.

While rains started lashing Chennai and its suburbs from afternoon and lasted till late night, the CM said the bulletin issued at noon predicted light to moderate showers in some areas of the city and an alert released at 3.40 PM was about light to moderate rain at isolated places in Chennai and nearby districts for 1-2 hours.

The state government relied substantially on alerts issued by IMD's Regional Meteorological Centre in Chennai for gearing up the administration to handle impending disaster situations arising out of intense rainfall, Stalin said.

"A timely alert from IMD helps the state and district administration to take up pre-emptive efforts to ensure the safety of people. We have, however, noted that IMD is unable to predict red alert situation sufficiently in advance giving hardly any time."

This is an important issue, Stalin said and added that it has a bearing on the ability of the state government to respond to red alert rainfall situations. The shortcoming in the capability of IMD to "provide accurate real time rainfall forecasting on instances like this is often preventing the state and district administration to take up timely mobilisation of emergency management system."

"This results in total disruption of normal life, movement of health care support systems and also causing loss of lives and damage to critical infrastructure." Such instances underscored the need for making additional investments in advanced weather prediction mechanism and upgradation of technology being used in the IMD, he said.

"In this regard, I request the Government of India to do the needful to enhance the capacity of IMD, Chennai to enable it to make predictions of high alert situations earlier and notify the same to the state government well in time."