SC Decriminalises Homosexuality: Today, We Have The Gift Of A Progressive Judgment

Today we have the gift of a progressive judgment, one that affirms the rights of all people, writes Shreya Ila Anasuya. 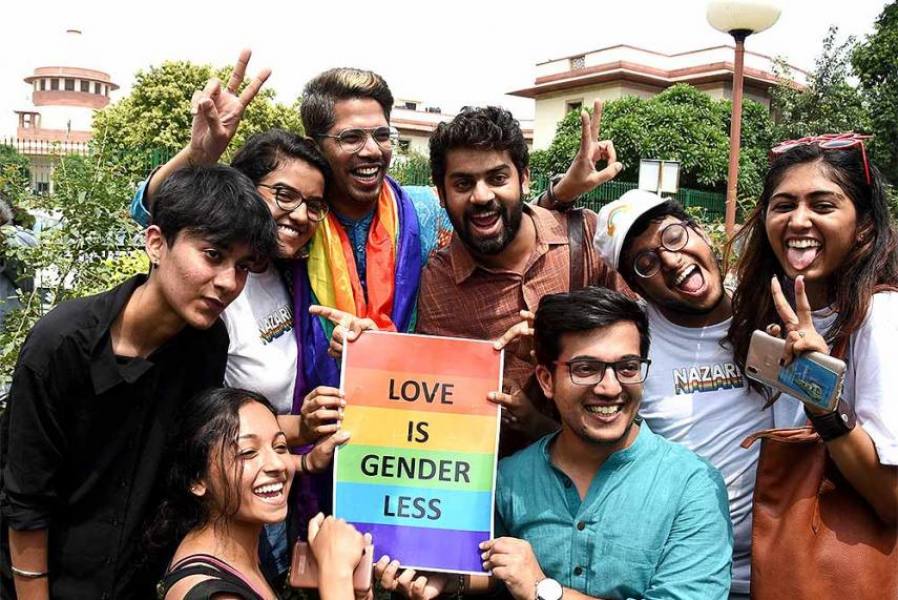 A struggle that took the better part of three decades is finally over today. Section 377 of the Indian Penal Code, a colonial-era law that has no place in the Constitution of a 21st century democracy, has been repealed.

People with non-normative gender and sexual identities all over the country are celebrating. They have the right to celebrate, because Section 377 – although applicable to anyone deemed to be having, in its regressive and absurd language, ‘sexual intercourse against the order of nature’ – was weaponised against them.

With this, India officially joins the ranks of countries around the world who don’t treat queer people as criminals.

This is the official version.

Unofficially, we know, in the business of living our daily lives, that discrimination, violence and rampant homophobia will continue to exist. We know that it is the most marginalised and most invisible queer and trans people who will continue to bear the brunt of these inequalities. We know that parents will still see their children’s identities as needing a ‘cure’.

We know that couples will still be driven out of communities, driven into desperate circumstances. We know that the police will still use brutality against queer and trans people. We know that landlords and employers will still discriminate. We know that public officials and sitting Members of Parliament will make and laugh at their own disgustingly homophobic jokes. We know exactly what those who represent the current regime think.

Further, we know that our loves and freedoms are interlinked. Even as we witness a huge, historic victory today, people who have spent their entire lives defending civil liberties are being raided, investigated, incarcerated. Countless other injustices prevail – on account of class, caste, religion, disability. Children have died crying for food which their parents were denied because the state is trying to impose a system of biometric surveillance upon the citizenry, a system that is designed to exclude. People with minority identities are being displaced, routinely assaulted, lynched.

What does this have to do with Section 377? Absolutely everything.

Because even as we are ecstatic about this repeal, we remember that five years ago, when the same court refused to repeal 377, they called the queer community a “minuscule minority.” It implied that if a small enough number of people apparently occupy an identity, then their rights don’t matter. The attack on dissent and human rights that we see today in the ways that I have outlined above is the logical conclusion of this kind of thinking.

But today we have the gift of a progressive judgment, one that affirms the rights of all people. And although our task is cut out for us, and change is slow and messy, we see what can happen when people use their voices resist, to ask for their rights, over and over again. Today we hold this victory in our palms, and we honour those who came before us, those who stand with us in this moment, and those who will follow us. This shining light is for everyone. Even as we face the enormity of what is before us, we can allow it to warm us, to remind us that millions of us are, finally, seen.

(Shreya Ila Anasuya is a writer, an independent journalist, and the managing editor of Skin Stories: a weekly publication on sexuality, disability and gender at Point of View.)