Despite the apparent success of the Indo-Japan Summit, there are certainly areas to critique, starting with the ground realities of our economic engagement. 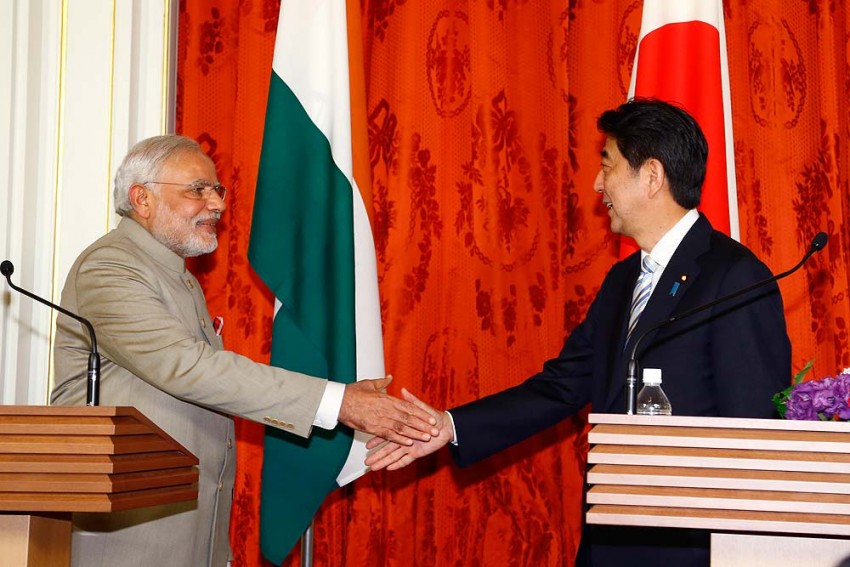 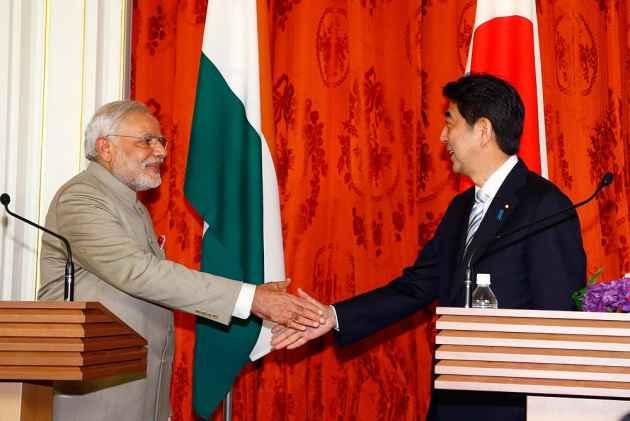 India is the only country with which Japan has institutionalised annual Prime Ministerial Summit meetings. This special status accorded to the relationship in 2006 has just witnessed yet another summit on December 12, 2015, which has been remarkably substantive in outcome and high on optics.

Moving from a measured, incremental approach, the two Prime Ministers, Narendra Modi and Shinzo Abe, have permitted the confidence of their personal rapport, and the obvious political imperatives and economic complementarities of the two countries, to reach agreements which have the potential to lock the relationship into an irreversible, binding,mutuality of interests, which hitherto was largely aspirational.

Prime Minister Abe has good reason to be satisfied with the results of his visit as two of the three long-standing objectives of Japan have been achieved, with the door has been left open for the realisation of the third. The push to sell the Shinkansen High Speed Rail (HSR) technology to India was first broached by Prime Minister Koizumi in 2005. Japanese persistence coupled with a persuasive package of financial and technical aid clinched the deal at the recent Summit, which will bring economic benefits to Japan's high speed rail industry, helping to realise PM Abe's directive to export infrastructure projects for economic growth at home and also to act as a healing salve to overcome the recent loss to China of a similar much courted project in Indonesia.

PM Abe's second achievement is the agreement reached on Japan's participation in the Indo-US Malabar naval exercises on a regular basis, versus, as an ad hoc, occasional invitee. Despite the institution of bilateral Japan-India annual naval exercises (JIMEX) in 2012, Japan favoured the strategic significance of being a permanent participant in the Malabar exercises.

The third standing request for procurement by India of the US-2 amphibious aircraft manufactured by Shin Mayva which has been under examination of a Joint Working Group of experts, did not see decision, but with the signing of the two defence related agreements on transfer of defence equipments and technology cooperation, and security of classified military information, which will facilitate not only outright procurement but also co-development and co-production, the US-2 remains on the agenda and finds mention in the Joint Statement of the 2015 Summit.

For India too, this Summit has delivered beneficial outcomes both in strategic and economic terms. The carefully crafted agreement on the Agreement on civil nuclear cooperation is clearly the most significant outcome for us, given that negotiations prolonged for over 5 years (with a hiatus in deference to Fukushima) with Japanese recalcitrance citing unique national sensitivities as the sole global victim of nuclear warfare. While the joint statement makes it amply clear that there are still technical and procedural requirements to be met, the signing of the Memorandum by the two Prime Ministers is an important political signal that the major hurdles have been crossed. As is well known, the agreement with Japan is not merely of intrinsic salience but will facilitate cooperation in the area of nuclear power generation with countries such as US and France.

But the high optic content of the 2015 Summit lies in the munificence of Japanese commitment to invest in India's economic development, be it infrastructure or PM Modi's drives to Make in India, Skill India, Clean India and create Digital India with Smart Cities. Besides the package of US$ 12 billion to fund the Ahmedabad-Mumbai HSR link, given on extraordinary terms of 0.1% interest and a 50-year repayment schedule, PM Abe announced the Japan-India Make-in-India Special Finance Facility of another US$ 12 billion to be set up by the Japanese Bank of International Cooperation (JBIC) and Nippon Export and Investment Insurance (NEXI) to assist and finance Japanese companies to set up plants in India. In addition, Japanese ODA to India, which is the largest in terms of commitment is set to exceed all previous targets in 2015, providing loans to metro projects and other priority infrastructure projects across the country.

What sets the 2015 Summit apart is the assertiveness exhibited by both sides to move beyond platitudes of intention to concrete action as can be seen from the moniker of the Joint Statement which calls for a India-Japan Vision 2025 and drawing up of a road map to achieve targets. This assertiveness extends beyond economics to the shedding of earlier political inhibitions which are evident in formulations in the Joint Statement on establishing strategic partnerships and connectivity in the Indo-Pacific; in the first-ever explicit mention of the criticality of the South China Sea to both countries and exhortation to avoid unilateral actions which could exacerbate tensions; text dealing with terrorism which mentions for the first time not only the need to stop cross border movement of terrorists but all the importance of bringing the perpetrators of 26/11 to justice, unambiguously pointing to Pakistan.

Despite the apparent success of the Summit, there are certainly areas to critique, starting with the ground realities of our economic engagement. Despite the fact that the annual JBIC survey for the past two years, posited India as the most favourably perceived investment destination in both the mid and long term, FDI from Japan has plateaued, hovering in the range of US$ 1.5 — 2 billion annually, which is less than a third of what has gone to China even in the years of disaffection following the Senkakus dispute. ASEAN countries continue to be the favoured destination of Japanese FDI , with the '+1' of the 'China+1' formula being Vietnam, Indonesia and Myanmar. The infamously risk-averse Japanese industry needs more than a new financing facility and announcements of dedicated Japanese industrial parks to be convinced to invest in India.

Again annual mantras to deepen people-to-people relations through enhanced academic and cultural exchanges and tourism are belied by facts and reality. While India has been more than generous in facilitating visas for Japanese travellers, and PM Modi has even restored status quo ante of the visa on arrival facility, in addition to the e-visa system in place for the Japanese, despite an announcement made by PM Abe in January 2014 during his historic visit as Chief Guest for our Republic Day, Indians — tourists, business and employment seekers alike-continue to face barriers of bureaucratic rigidity when wanting to travel to Japan. This is all the more galling as Japan has extended visa on arrival to most South East Asian countries in the past two years, in addition to fellow OECD citizens. There is also huge under-utilised potential for deepening academic exchanges which require a more focussed approach than the signing of anodyne umbrella agreements. India has under 500 students in Japan — less than Bangladesh and Nepal — and the 30-odd MOUs between our universities are for most part moribund.

As Ambassador of India for 3-1/2 years, I was privileged to be an active participant in the recent evolution of our relations culminating in the 2015 Summit. It is quite clear that this relationship is a defining one in the bilateral, regional and global context and the averments of the two Prime Ministers at the Summit were not hyperbole but rooted in both conviction and their vision for their respective countries.