From the Marvel superhero film ‘Eternals’, to dark and intense thriller ‘Human’, here’s our list of the top 5 titles that released on OTT, this week. 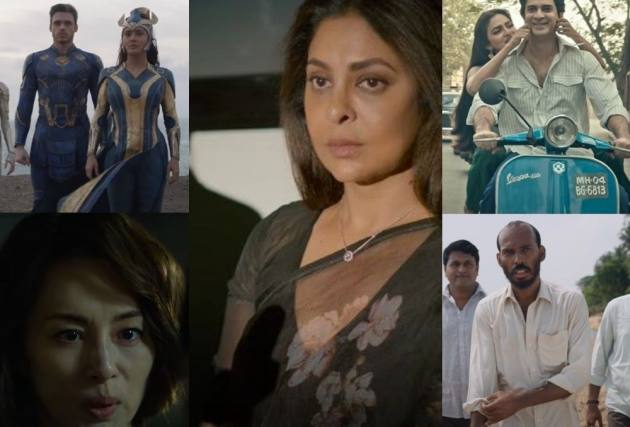 There is a wide variety of films and web series in differant languages, genres that have released this week. From the dark-intense thriller ‘Human’ starring Shefali Shah and Kirti Kulhari, which is directed by Vipul Shah and Mozez Singh, to the official web series adaptation of the 2019 Japanese film ‘The Journalist’, here’s our list of the top 5 titles that released on OTT, this week

The official adaptation of the popular 2019 film, about a dedicated journalist doggedly pursues the truth about a government corruption scandal even as powerful enemies seek to neutralize her reporting. The series, just like the movie, is also revolves around ‘Toto Newspaper’ and is directed by same director Michihito Fujii, but features different characters and story from the movie version.

Where To Watch: Netflix

In the race to make the next money-spinning drug, saving lives takes a backseat and people become less than human, as popular and reliable doctors step into the murky world of drug trials.

Where To Watch: Disney+Hotstar

Marvel Studios' 'Eternals' features an exciting new team of Super-Heroes in the Marvel Cinematic Universe, ancient aliens who have been living on Earth in secret for thousands of years. Following the events of 'Avengers: Endgame', an unexpected tragedy forces them out of the shadows to reunite against mankind's most ancient enemy, the Deviants.

A cinematically brilliant film that merges mythology with a modern story, 'Garuda Gamana Vrishabha Vahana' is set in the backdrop of the coastal and cultural city of modern-day Mangaluru where Hari and his soulmate Shiva rise together to great heights only to face off as bitter enemies resulting to their own downfall and destruction.

Directed by: Raj B Shetty

Where to Watch: Zee 5

Set mainly in the 70’s Bollywood, the golden era of bell bottoms and great music. The story revolves around the lives of Shankar, Aamna and Anju. Shankar, a fledgling maverick film director gets drawn into an extramarital affair with an eccentric superstar who changes his life forever; his marriage with his first love spirals as he is torn between two worlds.

Where To Watch: Voot Select