Sadly, not even a single model got a perfect five star while only five cars managed to achieve a four star rating from the GNCAP 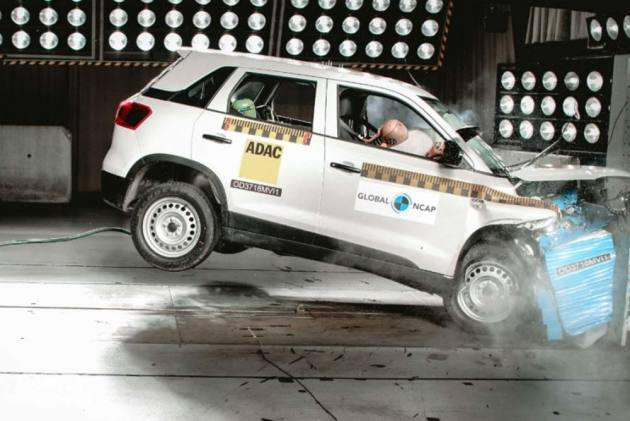 That car with all the fancy bells and whistles is purely wasteful if it doesn’t offer you protection in the case of a crash. That is where the Global NCAP (new car assessment program) crash tests enter the picture. Under its Safer Cars for India campaign, it tested about 25 new mass-market cars from India, and here are the five which received the highest rating. Before we begin, bear in mind that all the tests are undertaken at a standard speed of 64 kmph.

Living true to the Volkswagen reputation, the Polo received a commendable four star (12.54) rating in adult protection. It won three star (29.91) for child safety with VW recommended child seats for the 3 year old child, which was able to prevent excessive forward movement during the impact.

The test was undertaken in 2015 when the Polo just had dual front airbags and no ABS, seatbelt pretensioners or ISOFIX mounts. So we expect a better rating for the Polo if the NCAP tests the current model with added safety features like three-point seat belts, height-adjustable seat restraints, front disc brakes, ABS with EBD and more.

The Nexon not just looks striking but is solid underneath as well. It managed a commendable four stars in the Global NCAP crash tests. Standard safety equipment on the Tata Nexon includes dual frontal airbags, double pretensioner seatbelts and ISOFIX anchorages. It was reported to have a stable structure and good protection for head and neck with adequate chest protection. Its adult safety score stood at 13.56 out of 17 while children safety was rated at 25 out of 49 marks.

The Etios was tested back in 2016 and met the overall four star rating just like every car in this list. For adult safety it got a four star (11.15) rating whereas for child safety the score was a two star (20.02) rating where “the 3 year old exceeded the forward excursion limit”. Nevertheless, the bodyshell integrity was stable, which proves useful in case of a bigger collision. The tested model was equipped with front seatbelt pretensioners and dual front airbags.

Until the 2018 Swift left us disappointed, it was the Vitara Brezza that renewed our safety trust in new age Maruti cars with four stars. The Vitara Brezza comes with standard safety features which include front seatbelt pretensioners, dual front airbags, ISOFIX anchors and four-channel ABS. It received an adult safety rating of 12.51 out of 17 and 17.93 out of 49. The body shell was reported to be stable under collision.

The Zest compact sedan joins its stablemate, the Nexon, in the list of safest cars from Tata. It might not be doing well in terms of sales but the Zest is still one of the safest mass-produced cars on sale in India. It was rewarded with four stars (11.15) for adult safety and two stars (15.52) for children. Safety features on the tested version were seatbelt pretensioners and dual airbags. However, one point worth noting is that the bodyshell integrity was rated as unstable and it was not capable of withstanding any further loadings.

While a four star rating is commendable, only a handful of cars from the vast number of cars we have in our country on sale managed respectable safety numbers. Currently, Indian buyers have to spare big bucks if they want a car that is high on safety. So our wait for an affordable car which ticks all the safety boxes is likely to continue for a little longer.