Touring motorcycles in the 600cc - 800cc segment are proper mile-munchers as they offer a good balance of usable power, high-speed cruising and comfort. Here are five of the best motorcycles in the segment for your two-wheeled exploration 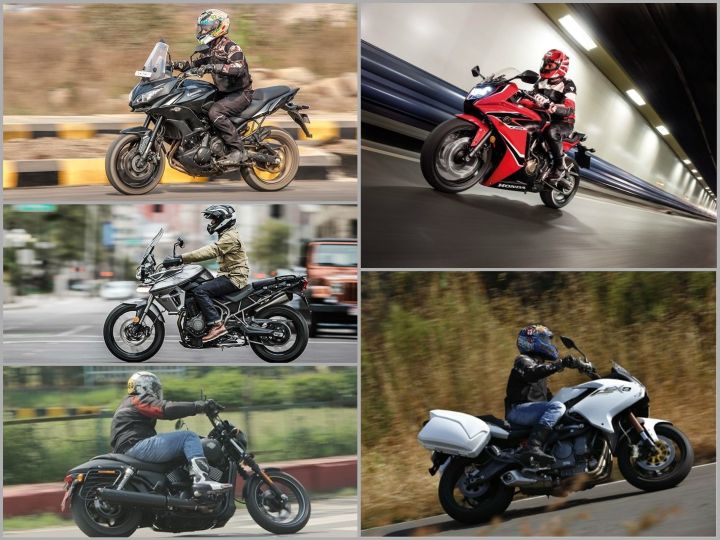 The Indian motorcycle market has matured from commuters simply being a mode of transportation to accessible yet premium pocket rockets that offer the thrill of speed in abundance. Now, riders are spoilt with choices in the sub-litre class bracket with numerous motorcycles to suit different needs. We round up five of the best motorcycles between 600cc - 800cc that are apt for touring. 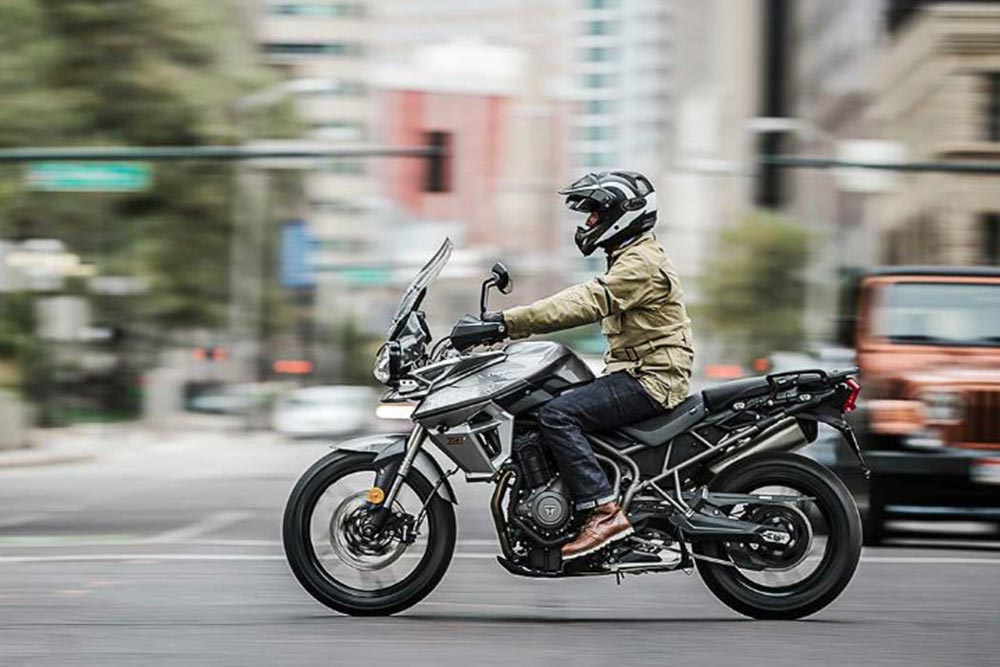 The 2018 Triumph Tiger 800 features a number of improvements over the previous generation. It now gets LED lighting; adjustable seat height, handlebar position, clutch and brake levers; and redesigned bodywork. Apart from these, the XRx variant comes with a 5-inch colour TFT screen, neatly laid out switchgear with a 5-way joystick for easy navigation, 5-step adjustable windscreen, updated cruise control and heated grips. These changes has made the motorcycle a much more potent tourer than it was before. The USB and 12V power sockets ensure your devices are charged up, and the 19-litre fuel tank helps in offering commendable range as well.

Mate to a 6-speed transmission, the 800cc inline three-cylinder DOHC liquid-cooled engine is good for 95PS of power at 9500rpm and 79Nm of torque at 8050rpm. The motorcycle also gets 4 riding modes: Road, Rain, Off Road and Sport. Triumph offers switchable traction control and switchable ABS as standard. The motorcycle rides on 43mm inverted front forks and a hydraulic rear monoshock that’s adjustable for preload, both from Showa. Braking responsibilities are handled by premium Brembo calipers holding the front dual 305mm discs and Nissin calipers acting on the 255mm rear disc. The cost of the bike starts from Rs 13.13 lakh (ex-showroom, Delhi). 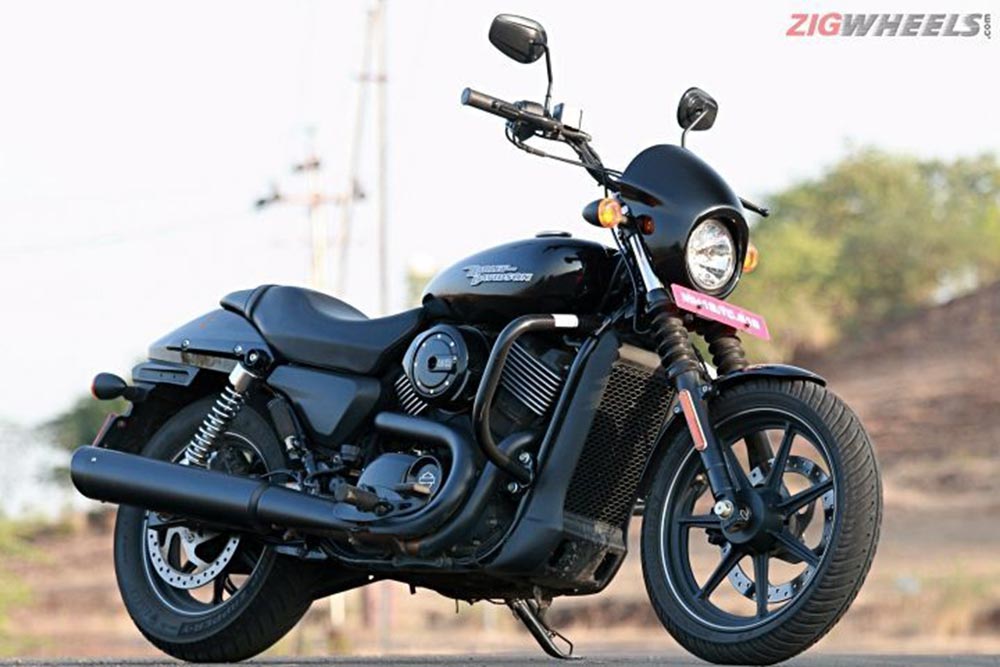 The Harley-Davidson Street 750 was the American cruiser maker’s entry ticket into the hearts of a much younger (and slightly budget-conscious) audience. Despite building it for a cost, the cult motorcycle maker made sure it has the go to match with the other big and burly Harleys. The low seat height of 720mm ensures the bike is manageable for shorter riders as well. Apart from ABS, the motorcycle is devoid of any electronics. The 2017 and 2018 models have become safer with the inclusion of ABS. To know more about how it fares against its only rival in the segment, the Kawasaki Vulcan S

Back to the motorcycle, it uses a 749cc, liquid-cooled Revolution-X V-twin engine. Using a belt drive, the powerplant belts out 59Nm of torque at just 3750rpm. This makes it a perfect companion to carve canyons. Coming to the suspension bits, it uses telescopic front forks and twin rear shock absorbers. The front disc measures 292mm and the rear disc is 260mm. At a starting price of Rs 5.25 lakh, the Street 750 is the most affordable motorcycle in this list. However, its 13.1-litre fuel tank limits the range for out-and-out touring. 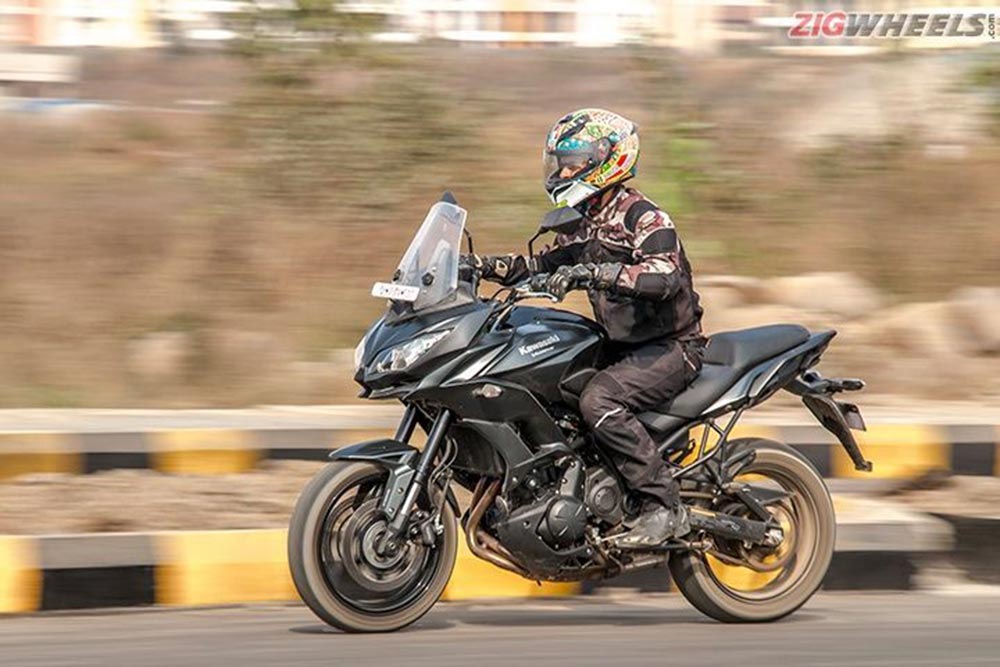 The Kawasaki Versys 650 is essentially a touring-friendly version of the already capable Ninja 650. Though the two motorcycles share the same engine the Versys makes slightly more power at the marginal expense of torque. Paired with a 6-speed transmission the liquid-cooled motor generates 69PS (1PS more than the Ninja 650) at 8500rpm, and 64Nm (1.7Nm less than the Ninja 650) at 7000rpm.

The riding position is upright, and the windscreen is adjustable without tools, with a 60mm range. This, coupled with the half fairing and the generous 21-litre fuel tank, makes the Versys one of the most potent touring motorcycles in its segment. The bike is suspended on 41mm front forks with preload and rebound damping adjustability (right and left side respectively), and an offset monoshock at the rear with remote spring preload adjustability. The dual 300mm front and the single 250mm petal disc come with dual-channel ABS. The Versys 650 will set you back by Rs 6.69 lakh, which is Rs 1.2 lakh more expensive than the Ninja 650. 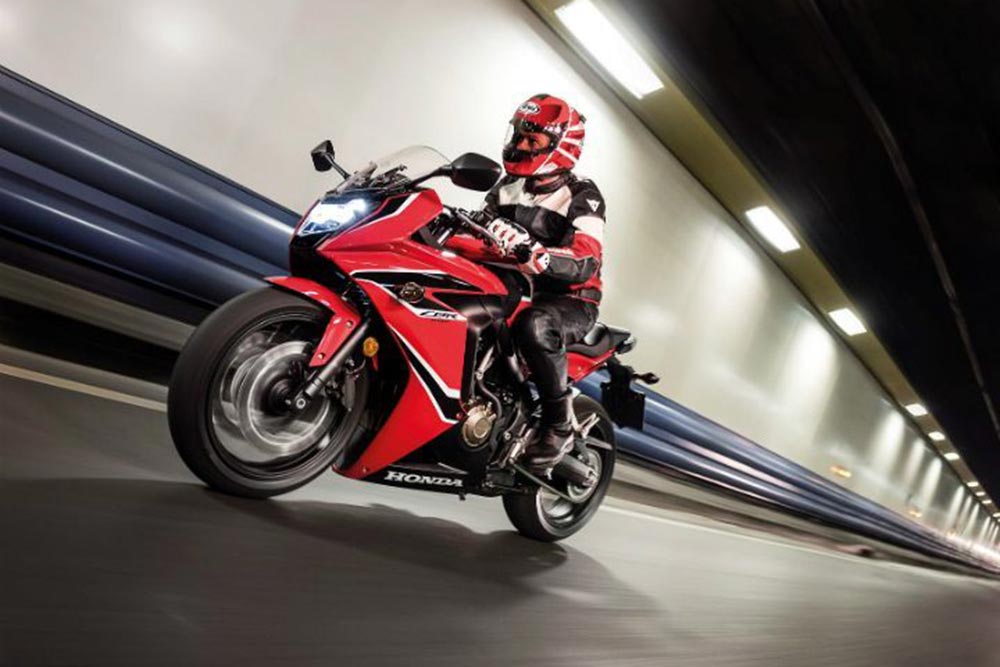 The Honda CBR650F is a perfect amalgamation of Japanese in-line four refinement, tempered with the usable dynamics of a sports tourer. The fully faired bodywork encompassing the steel diamond frame offers optimum aerodynamics for high-speed highway rides. Rounding off the sporty-touring package is the large fuel tank that can hold 17.3 litres of juice.

Speaking of performance, the 648.72cc DOHC engine pushes out 86.6PS at 11,000rpm and 60.5Nm at 8500rpm. The potent engine is backed by premium mechanical underpinnings like 41mm Showa Dual Bending Valve (SDBV) front forks and a 7-stage spring preload-adjustable rear monoshock. Brakes include large dual 320mm front petal discs and a 240mm rear petal disc with ABS. At 7.37 lakh, the value of the CBR650F is a bit on the higher side, but that’s the price you pay for butter-smooth rideability and top-notch build quality. 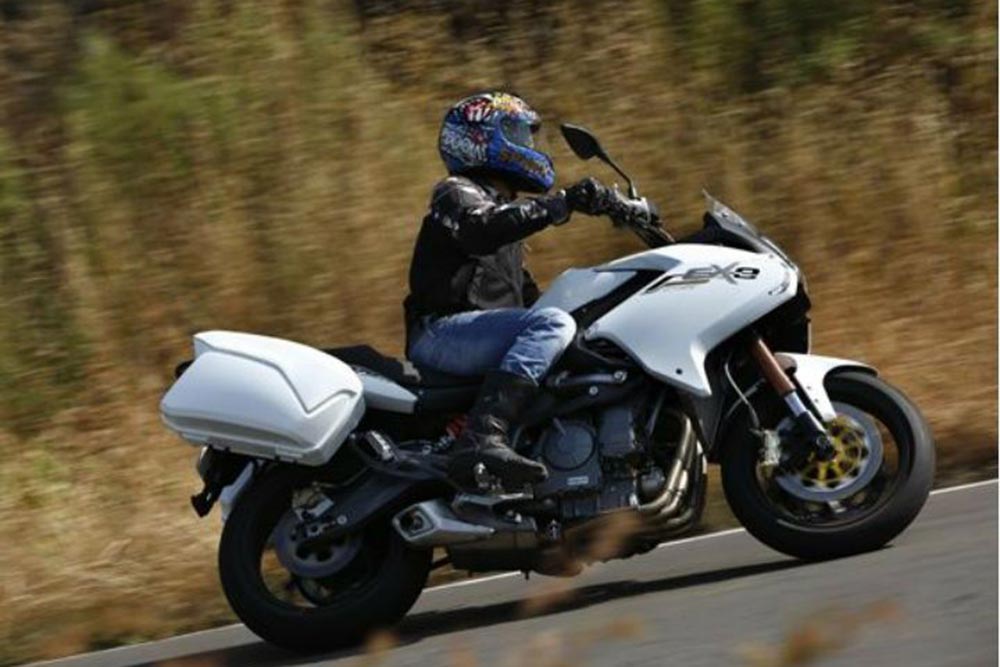 The Benelli TNT 600 GT is a proper long-range touring machine, thanks to the massive 27-litre fuel tank, aerodynamic half-fairing and comfortable ergonomics. While hard-case panniers are offered as accessories, the S variant gets them as standard, which ups the practicality quotient considerably.

Powering the 600 GT is a TNT 600-derived 600cc inline four powerplant that produces 86.2PS of power at 11,500rpm and 54.6Nm at 10,500rpm. The 6-speed transmission is unbelievably tractable, with the top gear pulling in right from 25-30kmph! Upside-down front forks and a preload-adjustable rear monoshock handle suspension duties. Brakes include dual front discs and a single disc at the rear, with dual-channel ABS as standard. The price of the TNT 600 GT starts from Rs 6.61 lakh (all prices ex-showroom, pan-India).