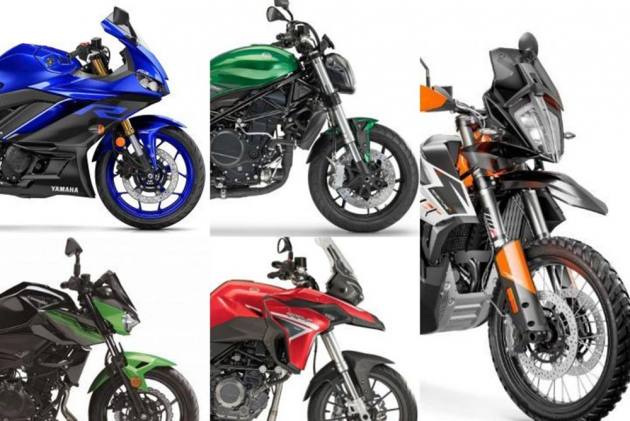 In the last decade or so, there’s been a paradigm shift in the way enthusiasts in India perceive bikes. Rather than looking at a conventional commuter with the typical ‘kitna deti hai?’ tagline, informed and knowledgeable bikers/enthusiasts are now looking at bigger, better motorcycles. Also, with a booming two-wheeler market like India, customers have a ton of options to choose from. And with EICMA 2018 bringing in new launches from two-wheeler manufacturers, we’ve compiled a list of the top 5 upcoming bikes that will make it to India in 2019. 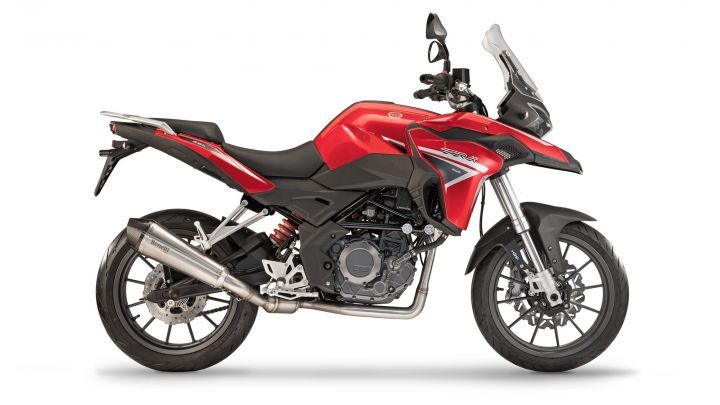 The Italian bikemaker has an entire lineup planned for India in 2019, one of which is a small-capacity adventure tourer called the TRK 251. Expected to be priced around Rs 2.3 lakh (ex-showroom) it will go up against the Royal Enfield Himalayan, which up until now had no direct competition. While the TRK 251 will cost you around 62,000 more than the Himalayan, it more than makes up for it with features like projector headlights with DRLs, LED tail light and indicators, a 17-litre fuel-tank and switchable ABS. 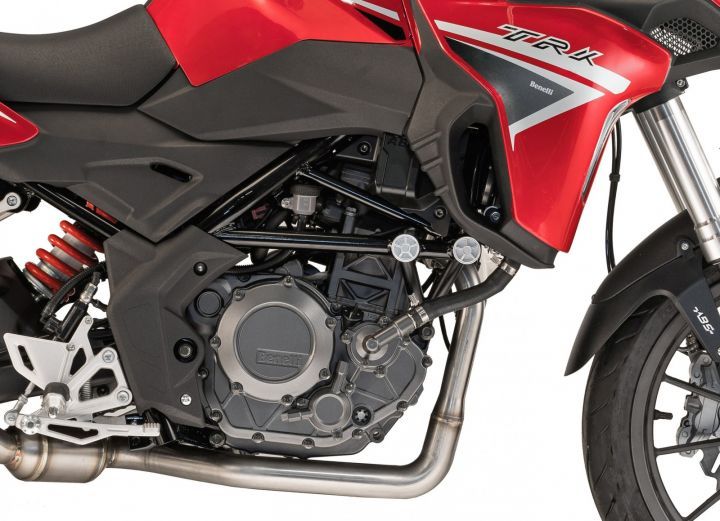 At its heart lies a 249cc, single-cylinder, liquid-cooled motor that puts out 25.8PS at 9250rpm and 21.2Nm at 8000rpm. A 6-speed transmission funnels power to the rear wheel via chain drive. It gets petal discs at both ends which come with dual-channel ABS as standard. While the Himayalan features spoked wheels which make it more off-road capable, the TRK 251 gets alloys and leans more towards long-distance touring. 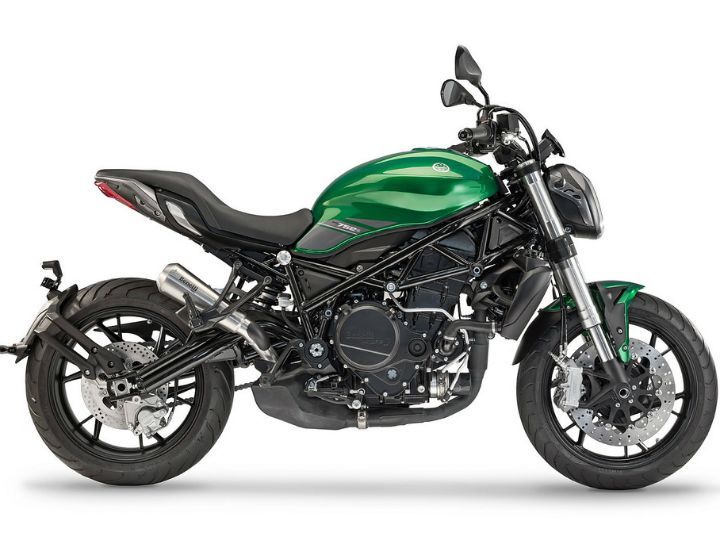 The Benelli 752S is expected to launch in India towards the end of 2019. While its aggressive design seems to be inspired from the Ducati Monster, it possesses its own distinct character which may gel well with Indian customers. In terms of features, the Benelli 752S gets projector headlights running LED DRLs, an LED tail light and a full-digital instrument console. 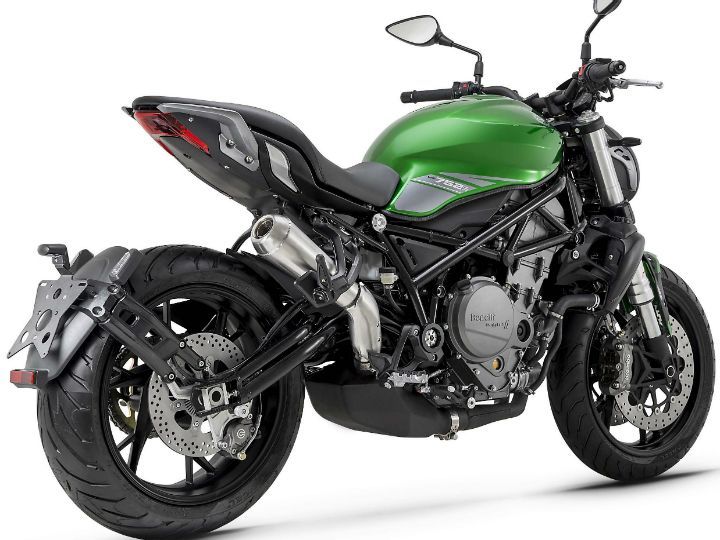 The bike draws power from a 754cc, inline twin-cylinder engine that makes 76.8PS at 8500rpm and 67Nm at 6500rpm. It employs a steel trellis frame with 50mm Marzocchi USD front forks and a rear monoshock. Braking duties are handled by twin 320mm discs up front paired with Brembo radial calipers and a single disc brake at the rear. Dual-channel ABS comes as standard. Its 17” alloy wheels come wrapped in Pirelli Angel ST 120 section front and a fat 180 section rear tyre. Expected to be priced around Rs 7 lakh (ex-showroom), the Benelli 752S will go toe-to-toe against the Ducati Monster 797. 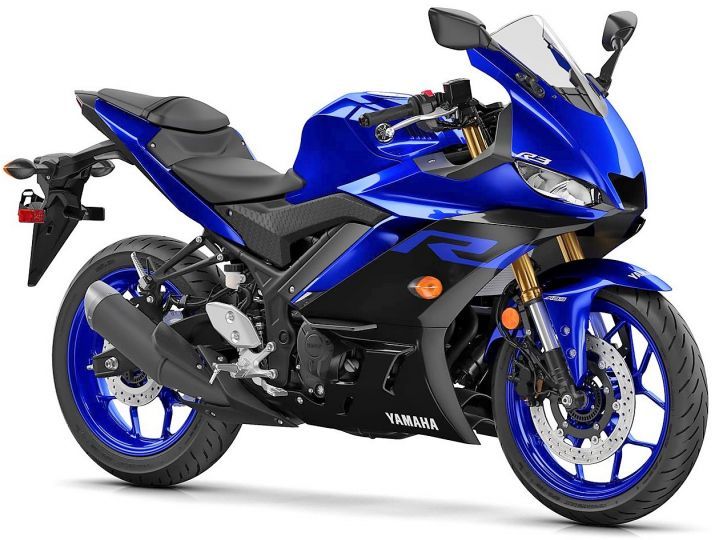 For next year, the YZF-R3 gets a redesigned front fairing which provides 7 per cent better aerodynamics compared to the outgoing version. It also gets new LED headlamps, a full-digital instrument console, lowered clip-on handlebars and a new fuel tank for a sportier riding posture. The shape of the new tank gives the rider more room to tuck in and also enables him/her to grip the tank better while cornering. Notably, the fuel-tank capacity remains the same at 14 litres despite the changes.

Additional updates come in the form of new 37mm KYB upside down forks and a rear KYB monoshock. 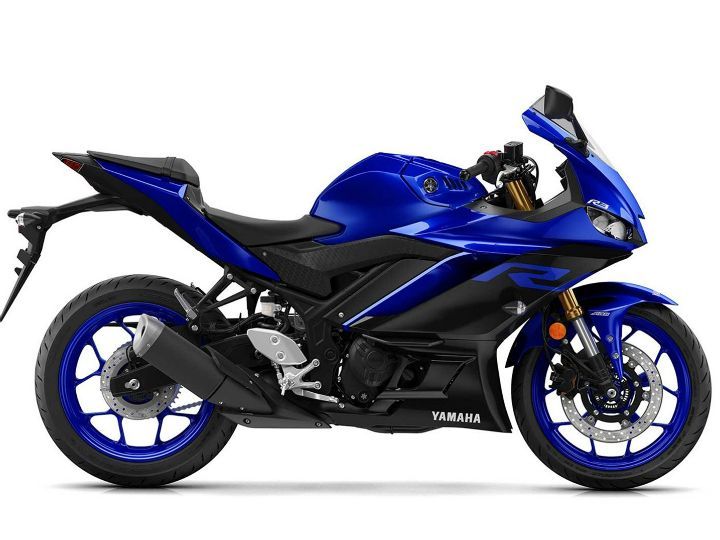 Apart from the aforementioned changes, the bike remains unchanged. Hence, the power output from the 321, inline two-cylinder remains the same at 42PS and 29.6Nm. It misses out on a slipper clutch too, a feature that’s present in its smaller sibling, the R15 V3.

It gets the same braking setup at before with dual-channel ABS. While the international version comes equipped with new KYB upside-down front forks, we expect the India-bound variant to make do with conventional telescopic forks to keep costs in check. The YZF-R3 is expected to reach Indian shores by mid-2019 and might see a slight price hike compared to the old-gen R3. It will go up against the KTM RC 390, Kawasaki Ninja 300, TVS Apache RR 310 and Benelli 302R. 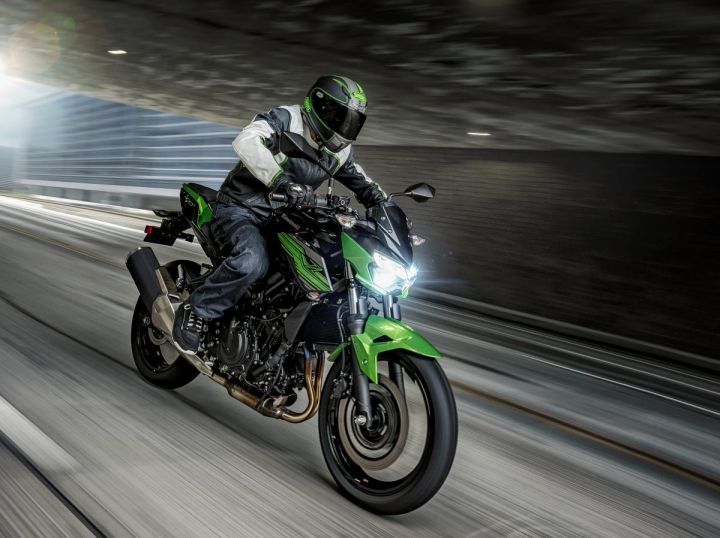 The Z400 draws its inspiration from the Z range of Kawasaki bikes. The Ninja 400’s naked counterpart might make it to India sometime towards the end of 2019 via the CKD route. Although the CKD route might turn out to quite an expensive proposition, localization of the product might be on the cards for the Japanese bikemaker if the demand is high. This will also let Kawasaki position the Z400 a lot closer to the KTM 390 Duke in terms of pricing. 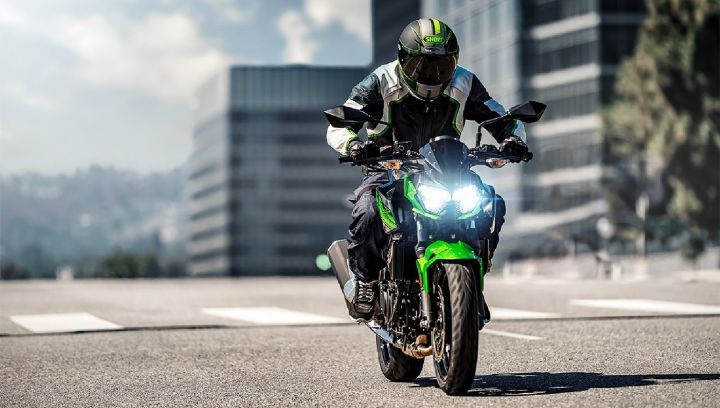 Design wise, the Z400 features LED headlights, a full-digital instrument console, a 14-litre fuel tank and wide and easy-to-reach handlebars. The ergonomics should also make the Z400 a relatively good tourer. Powering the bike is the same 399cc, parallel-twin motor seen on the Ninja 400. In the Indian market, it is expected to produce the same 49PS of power and 38Nm of torque at 8000rpm. Keep in mind that the India-spec Ninja 400 makes 4PS more than the European model as it doesn’t need to comply with A2 licensing norms.

The engine gets a 6-speed transmission paired with a slipper clutch and dual-channel ABS as standard. 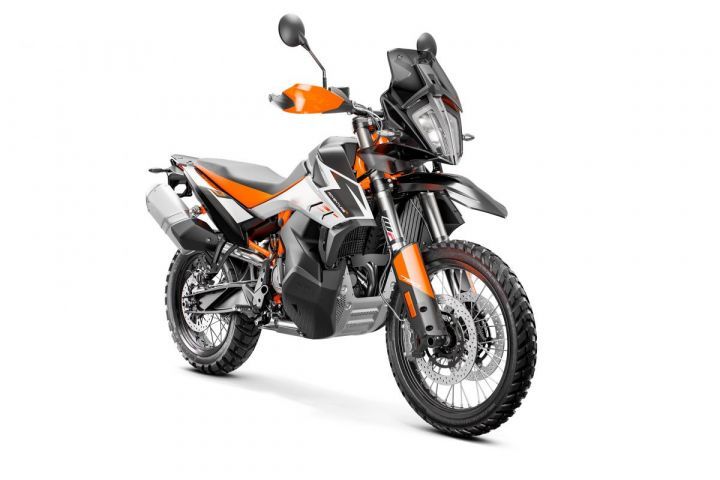 While there’s no official word from the Austrian two-wheeler manufacturer yet, we do have a gut feeling that the 790 Adventure and 790 Adventure R will make their way to India next year. While both the bikes are heavily inspired by KTM’s Dakar-spec rally bikes, the 790 Adventure R is the more off-road capable of the two. 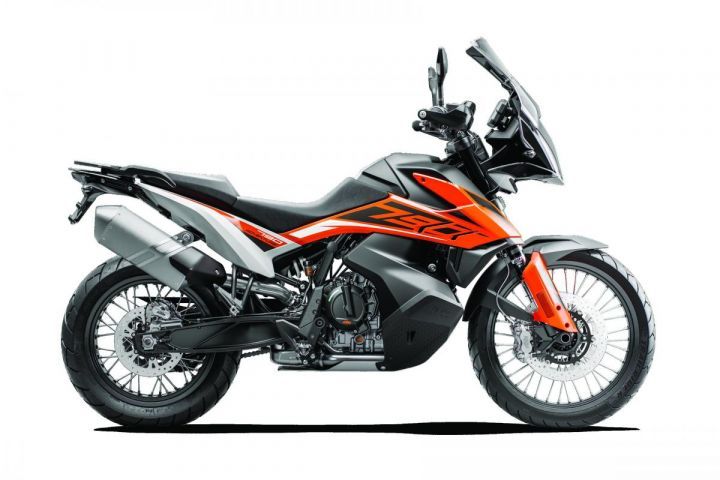 The design language for both the bikes is essentially the same aside from a few premium components on the R-spec model. For instance, the standard model is more of a tourer with a large windscreen, split seats, road-biased Avon tyres and a small top rack. On the contrary, the R version gets a beak-like front fender, a shorter windscreen, a slightly narrower single-piece seat and knobby Metzeler Karoo 3 adventure tyres for extra grip on the dirt. 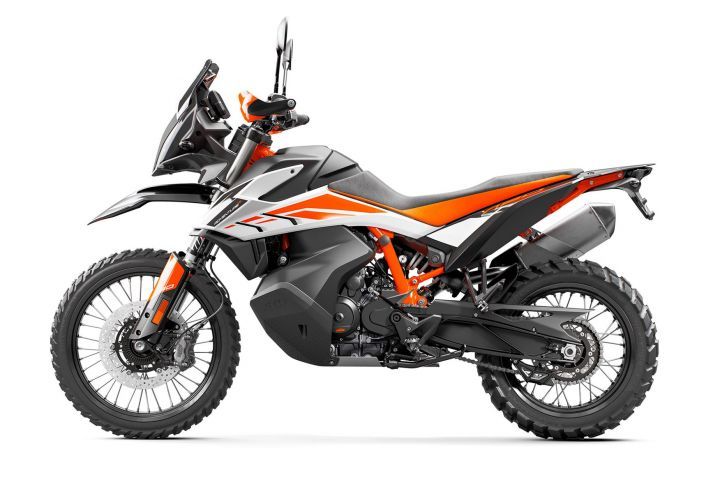 On the feature front, both the 790 Adventure and 790 Adventure R get a 5-inch full-colour TFT display, LED headlight, traction control, off-road ride mode, cornering and switchable ABS. In addition to this, the R variant features a ‘Rally’ mode alongside top-of-the-line upside-down front forks from WP XPLOR and rear monoshock. The standard variant, on the other hand, employs WP APEX suspension at the front and back.

Both the bike run the same 799cc, LC8c, inline-twin mill that makes 95PS of power and 86Nm of torque. When launched, the bikes are expected to give stiff competition to the Triumph Tiger 800 and BMW F 850 GS.