Rajinikanth on Sunday turned 71. He was born on 12 December 1950. For many years now, the actor has been maintaining a practice of remaining away from home on his birthday, apparently to avoid overcrowding. 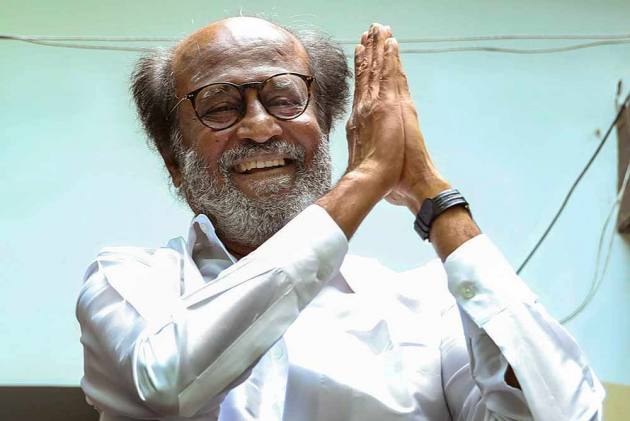 Modi tweeted, "A very happy birthday to @rajinikanth Ji. May he keep inspiring people with his creativity and phenomenal acting. May Almighty bless him with a long and healthy life."
Chief Minister Stalin spoke to the actor over phone and wished him a long and healthy life. In a message, Stalin said the actor, "steps into 72 years of age" and expressed his wish that Rajinikanth should enthrall the Tamil people for many more years with his unparalleled acting skills.

Rajinikanth on Sunday turned 71. He was born on 12 December 1950. For many years now, the actor has been maintaining a practice of remaining away from home on his birthday, apparently to avoid overcrowding. Sources close to the actor told PTI that the actor is "not available at his home" as usual.

V M Sudhakar, administrator of Akila India Rajinikanth Rasigar Narpani Mandram, tweeted saying Rajinikanth Foundation would train 100 students from the poorest and marginalised strata of society for the exams to be conducted by the Tamil Nadu Public Service Commission.
Sudhakar was also formerly the top executive of the now defunct Rajini Makkal Mandram, set up for the actor's political entry. In July, the actor had disbanded the Mandram and made it clear that he would not enter politics.Following that move, the fans association was revived.

"Annaatthe", Rajinikanth's action flick released on Deepavali, November 4. The actor, whose original name is Shivaji Rao Gaikwad made a foray into filmdom in 1975 and "Apoorva Ragangal" by ace, late film maker K Balachander was his debut Tamil movie.

Batting maestro Sachin Tendulkar tweeted,"Happy birthday Thalaiva @rajinikanth Sir. Always praying for your good health and happiness in life." Union Minister of State for Ports and Shipping, Shripad Y Naik tweeted, "Warm Birthday wishes to Superstar honored with 'Dadasaheb Phalke' and 'Padma Vibhushan' @rajinikanth ji. May you be blessed with good health and long life." The actor's fans and several others, including celebrities, took to social media to greet him.