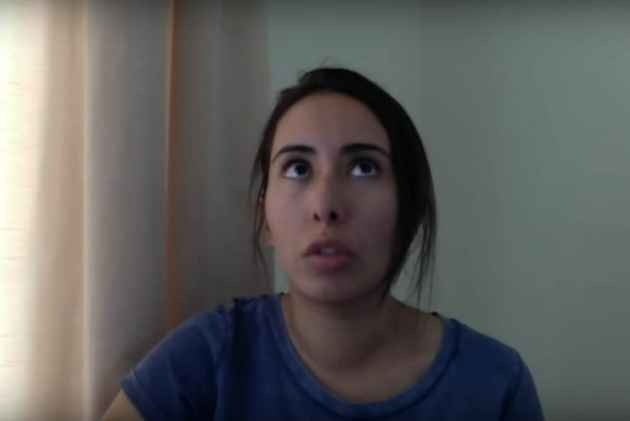 Dubai princess Sheikh Latifa who had escaped from UAE last month alleging torture by her father has reportedly been sent back home with the help of Indian forces, reported NDTV.

Her accomplice, a French-American national Herve Jaubert said in a statement that Indian Coast Guard captured and took them back off Goa coast on March 4.

Jaubert who was helping the rebel princess escape, in a statement that he recorded briefly after his release yesterday, said that both Latifa and himself were "attacked" by the Indian forces and were taken back to UAE where they were kept in solitary confinements.

The Coast Guard officials had earlier denied any information regarding the case when first reported. However, the NDTV had quoted sources in the intelligence agencies confirming that they were aware of the case. However, an official announcement would be made only after due diligence.

"On the March 4, we were attacked by the Indian forces, Coast Guard boats. They beat us severely," he was heard saying in a 3-minute long clip.

He goes on to describe the torture that the duo underwent after their "unfortunate" return. "We were taken to the UAE, sent to jail. Blindfolded and handcuffed, I don't know where we were kept."

"We were forced to sign documents and record video testimonies," he added.

In a video that was circulated online with the help of UK-based agency "Detained In Dubai" last months, Latifa had claimed that her father secretly jailed her for three years and drugged in hospital by doctors to stop her "rebelling". She said that she is one of the 30 children of the billionaire ruler of Dubai who has six wives.

"I am making this video because this could be the last video I make," she was heard saying in the video. "All my father cares about is his reputation. He would kill people to save his reputation."

In the 39-minute-long emotional video, Latifa is seen explaining her reason for fleeing the country."I do not have the freedom that people have. Freedom of choice is not something we have," she says in the video. She said she is not allowed to keep her own passport and if she goes out in Dubai she has an assigned driver.

The case was first reported on March 9 when the Daily Mail reported that Latifa had left the "strict Arab state", she claimed, with the help of aformer French spy who has a history of helping people leave Dubai on his US registered yacht.

Sheikha Latifa had last sent frantic WhatsApp messages on Sunday, March 4, around 4.30 pm, alleging that she and her friend Herve Jaubert were "surrounded by men" who were firing at them.

The Mail had reported that Latifa was hiding on a yacht off the coast of Southern India and wanted to seek political asylum in the United States where she had made contact with a lawyer.