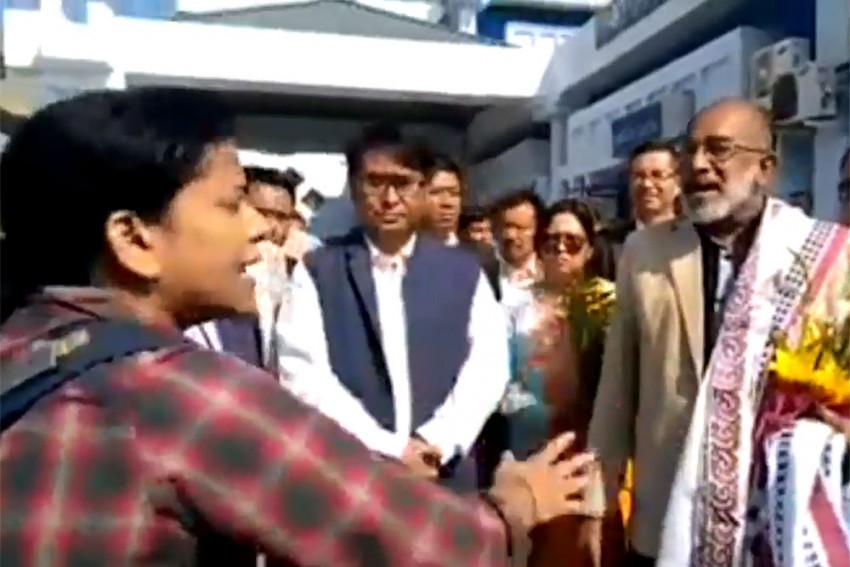 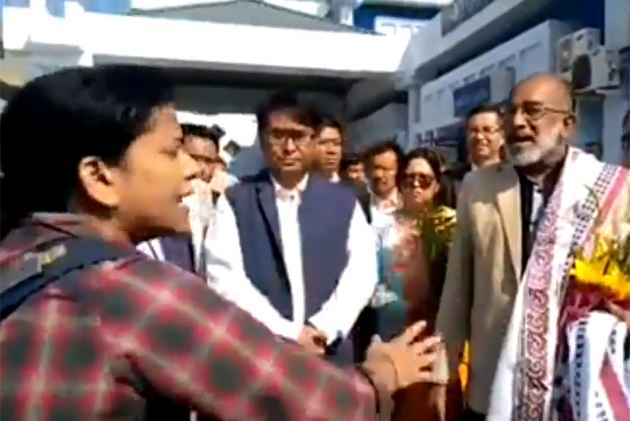 A latest viral video has shown Union Minister of State for Tourism and IT  Alphons Kannanthanam getting a earful from a woman passenger at the Imphal airport for her flight getting delayed allegedly because of the minister's VIP movement.

However, the minister has refuted allegations that a flight was delayed because of the VIP movement at the airport in Imphal.

Apart from lashing out at the minister, the woman asked Alphons to give it in writing to her that her flight wouldn't be delayed further. The woman in the video was seen screaming at the minister and few others present at the scene, while Alphons was seen trying to calm her down.

According to NDTV,  the passenger, Dr Nirala Singh, a final-year medical student at the Regional Institute of Medical Sciences in Imphal, was trying to reach her hometown Patna in time for her brother's funeral. Her flight was allegedly delayed by two hours because it clashed with the arrival of President Ram Nath Kovind. It was then that she spotted Kannanthanam.

Later, speaking to ANI, Alphons said, "I don't think there is any controversy at all. I saw this lady in distress and I went up to talk to her. She said she has to attend a funeral in Patna. I told her that there is a protocol when the president or the prime minister is landing no flight can take off."

"Apart from the prime minister and the president, there is no protocol for any minister. The woman had to talk to someone; it is fine with me that she vented her anger on me," he said.

Following the incident, the airport director said, "Yesterday, no scheduled flight was diverted or cancelled. But three scheduled flights were delayed by around two hours due to the president of India's flight movement."

"We heard that one passenger who was travelling from Imphal to Patna argued with Union Minister KJ Alphons," he added.