Toyota Vios (Yaris Ativ) For Singapore Could Be Headed To India

Toyota launched the Yaris Ativ as the updated Vios in Singapore in December 2017; gets Etios’ 1.5-litre petrol engine with Dual VVT-i tech 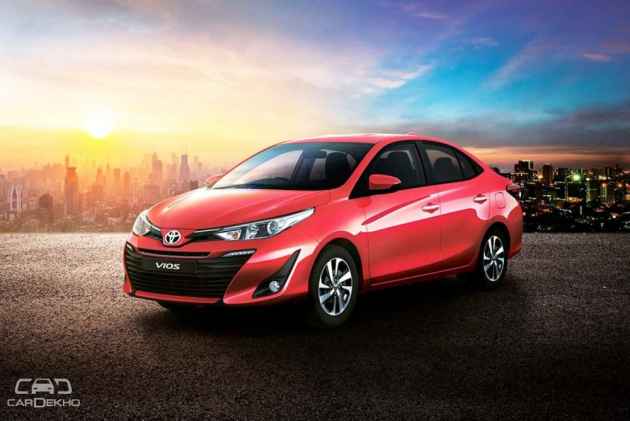 Let’s start with clearing all the confusion. The Toyota Yaris Ativ and the Toyota Vios are two different cars based on the same platform, called the Toyota B. In Thailand, Toyota sells both the Vios and the Yaris Ativ. But the Vios, powered by a 1.5-litre petrol engine, is priced at a premium over the Yaris Ativ that gets a 1.2-litre petrol engine and qualifies as an Eco car according to the Thai market’s classification.

Why do we think that the new Vios launched in Singapore is heading to India?

In Singapore, Toyota recently launched the Yaris Ativ, though it's called the Vios there. But unlike the Thai version, the Ativ in Singapore (called the Vios) gets a 1.5-litre petrol engine. And this is the version that is likely to come to India. In fact, we were the first to speculate it’s coming to India. Why? Well, in India, the Yaris Ativ (Vios in Singapore) is expected to go up against the likes of the Honda City, Hyundai Verna, and the Maruti Suzuki Ciaz, so it’s certainly not going to get the 1.2-litre petrol engine. And hence, it has to be the 1.5-litre petrol engine, that it gets in Singapore, with an option of a manual transmission or a CVT with 7-speed sequential shift. It’s the same engine that powers the Etios in India (makes 90PS under Etios’ hood) but is more powerful, gets Dual VVT-i tech, and is Euro-VI / BS-VI compatible. The B platform on which the Yaris Ativ is built, however, has never hosted a diesel engine. Toyota may have been testing a differently tuned or a BS-VI version of the Etios’ 1.5-litre diesel engine under the Vios in India. Even though we can’t put a finger on it, this seems like a fair reason why it’s taking so much time to launch here. What also remains to be seen is whether it will be called the Vios or the Yaris Ativ here. Anyway, we’re expecting Toyota to at least showcase it at the upcoming Auto Expo 2018.