Tracing The History Of Babri Masjid: From 1528 To Today

The demolition marked an important point in independent India's history and raised questions over the republic's future as a secular nation. 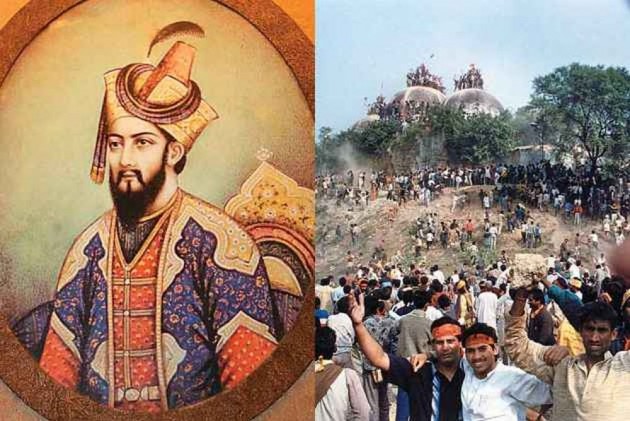 The Babri Masjid was a mosque in Ayodhya, Uttar Pradesh built in approximately 1528–29 CE (935 AH) by Mir Baqi, on orders of the Mughal emperor Babur.

The mosque was located on a hill known as Ramkot and a section of the Hindu community claimed that the Mughals destroyed a structure marking the birthplace of Rama (Ram Janmabhoomi) to build the mosque. This, however, was denied by the opposing Muslims.

On December 6, 1992, the mosque was demolished by frenzied kar sevaks who were mobilised by L K Advani's rath yatra.

The demolition marked an important point in independent India's history and raised questions over the republic's future as a secular nation.

The -Babri Masjid-Ayodhya dispute has been an emotive issue for decades and mired in a slew of legal suits involving Hindu and Muslim religious groups.

Here's a chronology of events related to Babri Masjid-Ram Janmabhoomi

1859 British administrator erects fence to separate the places of worship, with the inner court to be used by Muslims and outer court by Hindus

1885 The Janam Asthan suit of Mahant Raghubardas, seeking permission to build a temple over a chabutra, denied and dismissed

1934 Communal riot triggered by news of cow slaughter in Shahjahanpur damages mosque, but it is subsequently repaired

1949 Ram idol appears inside the mosque, Muslims complain and file suit. Hindus file counter-suit, leading the government to declare it disputed and lock its gate.

1950-59 Hindu priests file a number of suits in the next nine years demanding the right to perform puja and place idols inside the structure, and the Nirmohi Akhara files a suit demanding actual control of the site in 1959

1986 The gates of the disputed mosque opened to allow Hindus to worship there following a court order. Babri Masjid Action Committee set up by protestors.

1989 VHP steps up campaign, laying the foundations of a Ram temple on land adjacent to the disputed mosque

1989 V.P. Singh government sworn in with the outside support of BJP and CPI(M). Soon after, V.P. expresses desire to imp­lement the Mandal Commission report on OBC quotas

1992 Liberhan Commission formed to look into the demolition

2002 PM A.B. Vajpayee sets up a cell in his office and appoints Shatrughan Singh to find a solution by talking to Hindus and Muslims

2003 ASI begins a court-ordered survey to find out if a Ram temple existed at the site. It finds evidence of a temple but Muslims dispute the finding.

2009 17 years after being constituted, the Liberhan Commission submits its report

2010 Allahabad High Court rules, splitting the site and giving one-third each to the Muslims, Hindus and the Nirmohi Akhara. The site of the mosque is given to the Hindus.

2017 April 19, the Supreme Court pronounces its verdict, charging the BJP leaders with criminal conspiracy, and asks the trial court in Lucknow to complete the hearing within two year

2017 RSS chief Mohan Bhagwat announces that only Ram temple will be built at the disputed site, ahead of the Supreme Court hearing

2018 After hearing multiple parties in the numerous civil suits, the Supreme Court directed the matter to be heard in January 2019 before an appropriate bench, althoiugh it did not specify a date.

March 2019: The Supreme Court appoints a mediation panel headed by Judge (retd) FMI Kallifulla for an out-of-court settlement on March 8.

October 2019: After hearing the case on a day-to-day basis for 40 days, the court reserves its order on October 15.

November 2019: Ownership of the 2.77 acre disputed land in Ayodhya transferred to Ram Lalla and the land will be given to a trust to be set up by the Centre within three months to build the temple. The Sunni Waqf Board will be given an alternate land of five acres to build a mosque, the Supreme Court announced on Saturday in a historic verdict. A five-judge bench headed by Chief Justice Ranjan Gogoi delivered a unanimous verdict.