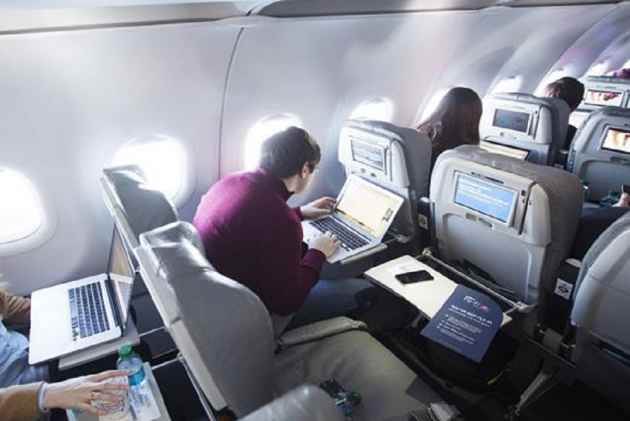 The Telecom Regulatory Authority of India (TRAI) on Friday gave green signal to access mobile and internet services on flights.

The authority recommended allowing mobile and internet services through both satellite and terrestrial network.

In its recommendation, the authority said, internet and mobile communication on Aircraft service should be permitted as in-flight connectivity in the Indian airspace.

The move comes after the department of telecom had sought views of the TRAI in August last year over the proposal to introduce voice, data and video services over Indian airspace for domestic, international and overflying flights.

TRAI said, for mobile services, there should be flexibility to IFC service providers in terms of use of technology and frequencies inside the aircraft cabin that should be consistent with international standards.

The authority also recommended that the operation of mobile communication on aircraft services should be permitted with minimum height restriction of three thousand metres.

The regulator said, internet services through Wi-Fi on-board should be made available when electronic devices are permitted to be used only in-flight or airplane mode. (ANI)