AIMTC President Kultaran Singh Atwal says the road transport fraternity of the country has extended its full support to farmers who are 'ann daata' (food providers). 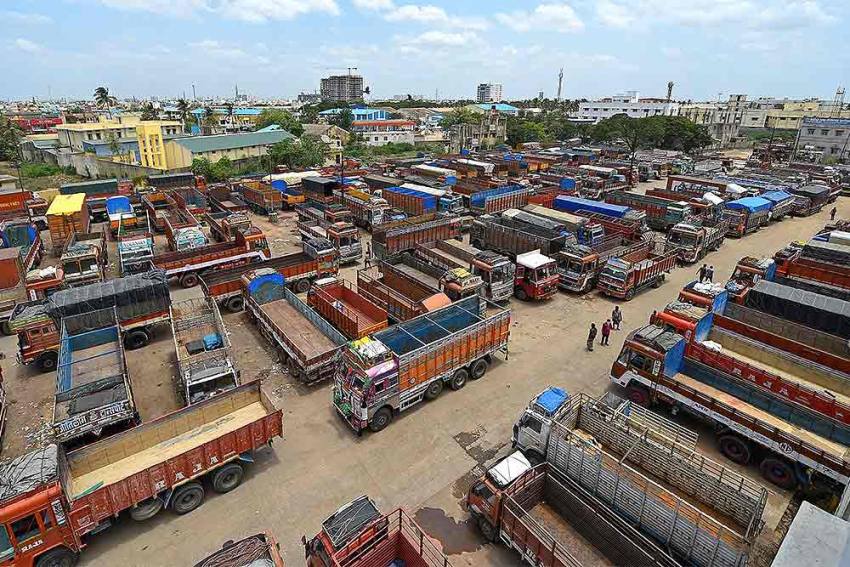 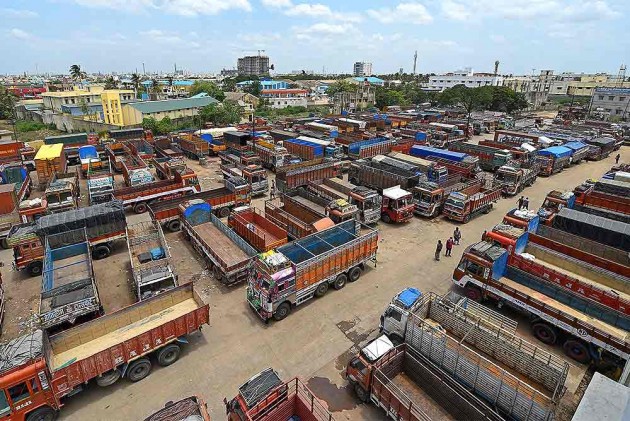 Coming forward in support of agitating farmers, transporters' apex body AIMTC on Wednesday threatened to halt operations in northern India from December 8 if the government fails to address concerns of the farming community.

The All India Motor Transport Congress (AIMTC) is the apex body of transporters, representing about 95 lakh truckers and other entities.

"AIMTC has already extended its support to the farmer agitation from day one. We have decided on stopping our operations strategically starting from North India and if the government does not address the issue of the farmers then we may decide to go for shutting down of transport operations nationwide in their support," AIMTC President Kultaran Singh Atwal said.

Atwal said the road transport fraternity of the country has extended its full support to farmers who are 'ann daata' (food providers).

AIMTC Core Committee Chairman Bal Malkit Singh told PTI, "Starting December 8, we will halt the movement of supplies in entire North India including Delhi, Jammu and Kashmir, Himachal Pradesh and Rajasthan. We will then escalate it to the entire country if the government fails to address their issues."

The AIMTC, in a statement, said the farmers are fighting for their legitimate rights and over 70 per cent of the rural households depend on agriculture.

Entire North India is affected and thousands of trucks carrying food, vegetables and other perishable and non-perishable items coming from Punjab, Haryana, Himachal Pradesh Uttar Pradesh, Uttarakhand and Jammu and Kashmir are impacted, it said.

AIMTC supports the farmers as 65 per cent of the trucks are engaged in carrying farm produce, it added.

"At present, it is the season of apples, which are getting wasted. Apart from that potatoes, onions and other fruits and vegetables as well as other essential commodities like medicines, milk etc too (are) stuck up as their movement is disrupted, which is leading to their shortage in Delhi and in other northern states," the statement said.

The situation will worsen in the days to come unless the government take prudent and pragmatic steps to resolve farmers' concerns, it said.

"The government must treat the farmers with dignity and allay their apprehensions on the farm Acts. We wholeheartedly support the cause of the farmers and look forward to a peaceful and amicable resolution of their issues raised by the Government," it said.

AIMTC is the apex body of transporters (both cargo and passenger), representing more than 95 lakh truckers and about 50 lakh bus and taxi operators across the country.

Thousands of farmers from Punjab, Haryana and several other states have been protesting for seven consecutive days at the borders of the national capital against the Centre's new farm laws.

The farmers have expressed apprehension that the laws would pave the way for the dismantling of the minimum support price (MSP) system, leaving them at the "mercy" of big corporates.

However, the government has maintained that the new laws will provide farmers with better opportunities. It has also accused the opposition parties of misleading farmers.

Two Adults Can live Together Without Family Interference: Allahabad HC