In the editorial in party mouthpiece 'Saamana', Shiv Sena said that those who don't want a Congress-led United Progressive Alliance (UPA) should make their stand clear publicly instead of creating confusion by talking behind curtains. 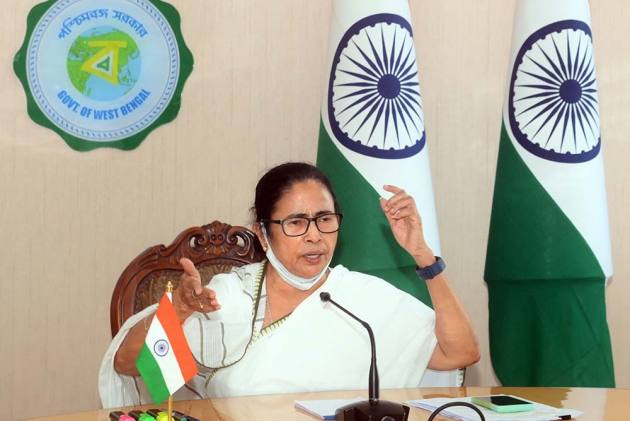 The TMC leadership declined to attach much gravity to Shiv Sena's unfavorable remarks on the party's effort to build an opposition alliance which will parallel the UPA. They further asserted that it would continue to cobble up an alternative front as the Congress "failed to lead the fight" against the BJP.

In a snub to TMC chief Mamata Banerjee, whose party is currently engaged in a tussle with the Congress, the Shiv Sena said, keeping the grand old party away from national politics while creating an opposition alliance parallel to the UPA is akin to strengthening the ruling BJP and other "fascist" forces.

"The Shiv Sena is free to have its opinion. But let's not talk about what is right and wrong. The Shiv Sena itself was part of BJP-led NDA. It left the NDA after a fracas over the chief minister’s post in Maharashtra. It joined hands with the NCP and the Congress for CM's chair," TMC MP Sougata Roy said. He stated that the party would continue to increase its strength and venture out to other states.

"The TMC only wants opposition unity to be strengthened. We have never said that an opposition alliance will be forged without Congress. But if Congress can't perform its duty, we have nothing to do. They can't blame us for their incompetence. If one fails, then someone else has to fill the vacuum," he said.

Echoing him, TMC's state general secretary Kunal Ghosh said Shiv Sena's comment is out of its "alliance compulsion" in Maharashtra. "We don't want any misunderstanding with the Shiv Sena. It is running a government in Maharashtra with the support of Congress. So they have some compulsions, and these statements have been made out of that compulsion. We are cobbling up an opposition front as the Congress has failed to do so," he underlined.

Reacting to TMC's remarks, veteran Congress leader and MP Pradip Bhattacharya said the activities and statements of the TMC are only going to help the BJP. "It seems the TMC is more interested in fighting the Congress than the BJP. The TMC is doing everything to break opposition unity and, in turn, helping the BJP in its political interests," he said.

The TMC has been up in arms over the Congress' alleged failure to fight against the BJP.
Banerjee during her recent visit to Mumbai had said that "UPA doesn't exist". Her camp termed the Congress an "incapable and incompetent" party that has gone into a "deep freezer".

The relationship had soured after TMC mouthpiece 'Jago Bangla' claimed that Banerjee, and not Rahul Gandhi, has emerged as the face of the opposition against Prime Minister Narendra Modi.

Last week, the ruling camp in Bengal had said it is "disinterested" in coordinating with the Congress during the winter session of Parliament, but maintained that it would cooperate with other opposition parties on various issues concerning people's interest.