PM Narendra Modi, BJP president Amit Shah and three chief ministers of BJP-ruled states in the northeastern region would be present at the swearing-in ceremony, 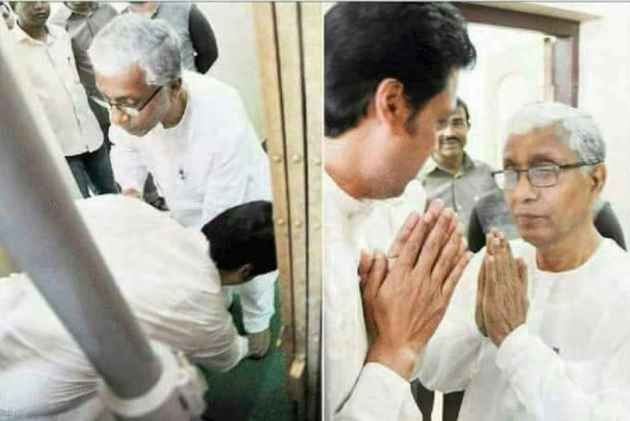 Biplab Deb will be sworn in as the chief minister of Tripura at the Assam Rifles ground in Agartala on Thursday which will usher in the first BJP government in the northeastern state.

Forty-eight-year-old Deb staked claim to Governor Tathagata Roy on March 6 to form the government in the state. The governor then invited him to do so.

The BJP-Indigenous People's Front of Tripura (IPFT) combine swept to power in the state last week, ending 25 years of uninterrupted rule of the CPI(M)-led Left Front.

The BJP had bagged 35 seats and the IPFT eight in the 60-member House.

Union minister Nitin Gadkari had stated on March 6 that Jishnu Debbarma will be the deputy chief minister.

Debbarma is yet to be elected as an MLA as polling in his Charilam (Scheduled Tribe) constituency was postponed due to the death of the CPI(M) candidate.

The election would now be held on March 12.

"All the chief ministers of the BJP-ruled states and the members of the BJP parliamentary board have been invited to attend the swearing-in ceremony,” he said.

Deb, a long-time RSS volunteer, has been largely credited for the BJP's turnaround in the state.

IPFT president N C Debbarma said the party would get two berths in the new cabinet which was decided at a meeting with BJP leader and the North-East Democratic Alliance (NEDA) chairman Himanta Biswa Sarma.