The Bharatiya Janata Party (BJP) and the ruling Left Front have left no stone unturned to woo the voters. 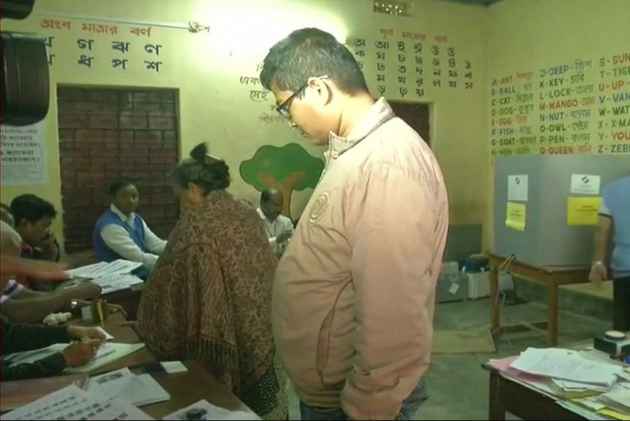 Polling for the 60-member Tripura Assembly seats has begun on Sunday.

The Bharatiya Janata Party (BJP) and the ruling Left Front have left no stone unturned to woo the voters. Voting for the 59 out of 60 seats will be held at 3,214 polling stations. Polling in the Charilam constituency has been deferred due to the death of CPM candidate Ramendra Narayan Debbarma. It will be held on March 12 .

The much-awaited polling in the northeastern state will decide the electoral fortunes of 292 candidates, including 23 women.

As polling began , Prime Minister Narendra Modi on Sunday appealed all, and particularly young voters, to cast their votes.

"I appeal to my sisters and brothers of Tripura, particularly young voters, to turn out in record numbers and cast their vote in the Assembly Elections," Modi tweeted.

I appeal to my sisters and brothers of Tripura, particularly young voters, to turnout in record numbers and cast their vote in the Assembly Elections.

Tripura CM Manik Sarkar casts his vote at a polling booth in Agartala, he is an MLA from Dhanpur constituency #TripuraElection2018. pic.twitter.com/UniDo6VGIf

The BJP and the Congress party are looking to root out the Communist Party of India (Marxist), which has been ruling the state for the past 25 years.

In their attempt to remove the Manik Sarkar-led government from the state, the BJP has tied up with the Indigenous People's Front of Tripura (IPFT). While the BJP is contesting from 51 seats, IPFT has been given the remaining nine seats.

The CPM has fielded candidates on 57 seats, leaving one each for its alliances.

The Congress, on the other hand, is fighting the battle alone.

The results of the polling will be declared on March 3.

Security has been beefed-up near the Indo-Bangladesh border in light of the assembly polls.