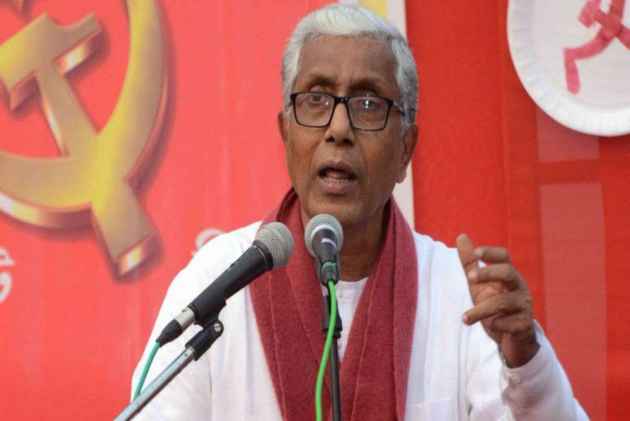 Tripura’s outgoing chief minister Manik Sarkar checked out of his official residence and quietly checked in to his new residence -- state party headquarters 500 metres away.

Sarkar has refused the official perks for an outgoing chief minister, which include government accommodation, personal staff, multi-purpose worker and a house guard besides Y-category security, The Hindu reported.

"Mr. Sarkar is unlikely to avail himself of such facilities and will continue to live in the party office’s one-room guest house," a party member told the paper.

“He moved in with his personal belongings and a few books. Only a TV set was added to the room for him to be updated with events across the world,” he added.

Tripura CPI(M) secretary Bijan Dhar said, “The party office has the basic minimum amenities. This is nothing exceptional. Most of our leaders lead a simple life."

The report is based on the self sworn affidavits filed by chief ministers of 29 states and two Union Territories prior to contesting the elections to the state assemblies/Union Territories.

This is not the first time when Sarkar is staying at the party office. Earlier too, he had to stay at the party office building after he donated his ancestral property to his sister. According to The Times of India report, Sarkar’s wife owns a real estate in the city but due to some controversy with the builder, their building is yet to be completed.