Triumph Bonneville Speedmaster To Be Launched In April 2018 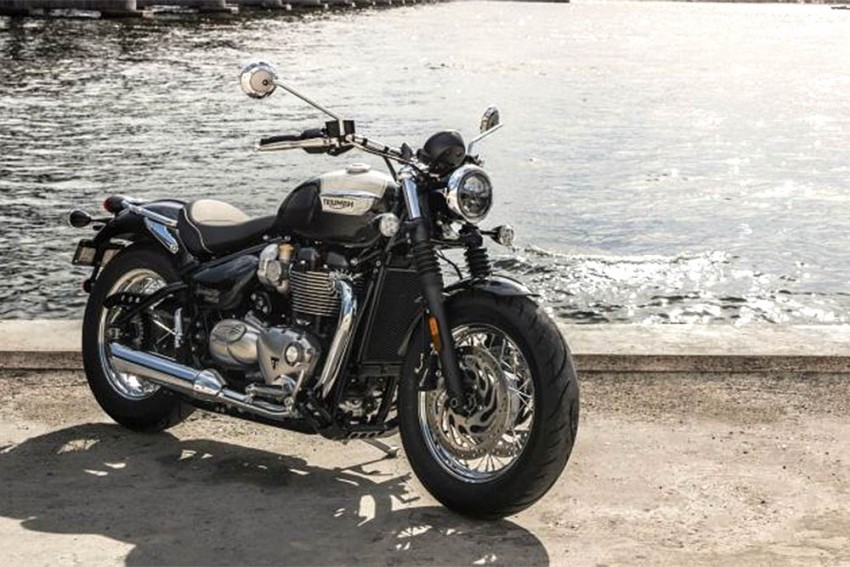 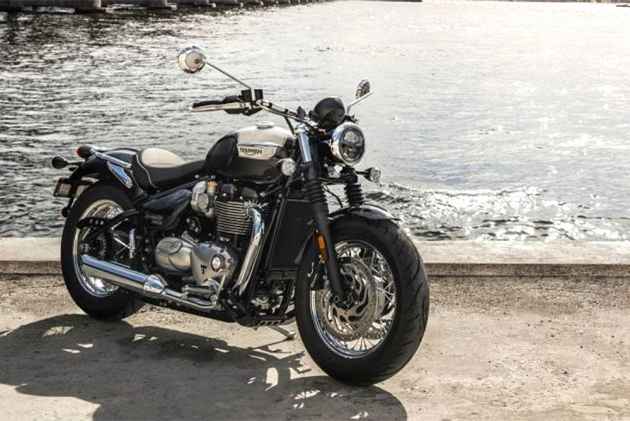 Following its debut at Triumph’s headquarters in Hinckley, UK, last month, the British bike maker unveiled its latest cruiser in India at the 2017 India Bike Week last week. Now, we’ve learned that the Speedmaster will officially be launched in the country by April 2018! When launched, we expect the cruiser to be priced around Rs 11 lakh (ex-showroom) across India.

The Speedmaster is the latest addition to Triumph's Bonneville range and is a neo-retro cruiser that is based on the Bonneville Bobber. To live up to its cruiser credentials, the Speedmaster gets swept-back handlebars and forward-set footpegs that allow for a more relaxed riding position. Unlike the Bobber, the Speedmaster gets a longer split-saddle that can seat two. To give it an old school look, the Speedmaster gets a round headlamp, albeit with a modern LED bulb along with LED daytime running lights. A single-pod speedometer with a tiny LCD screen that displays various information sits on top of the headlamp.

The Speedmaster gets the 1200cc, liquid cooled, parallel-twin engine from the Bonneville Bobber. It churns out 77PS of power at 6100rpm and 106Nm of peak torque at 4000rpm. This motor is connected to a 6-speed gearbox.

Suspension duties are handled by 41mm telescopic forks with 90mm of wheel travel at the front and an adjustable monoshock unit with 73mm of rear wheel travel at the back. For braking, the bike employs twin 310mm discs with twin-piston Brembo floating calipers at the front and a single 255mm disc with a single-piston floating caliper from Nissin at the rear. ABS comes standard on the bike. Compared to the Bobber, which gets a 19-inch front wheel and a 16-inch rear wheel, the Speedmaster gets 16-inch spoked units at both ends.

To enhance its touring capabilities, the Speedmaster gets a 12-litre fuel tank. The Bobber, on the other hand, gets a smaller 9.1-litre tank. The cruiser also gets ride-by-wire throttle and two  riding modes for road and rain. It’s also equipped with switchable traction control and cruise control as standard as well. The Speedmaster has a saddle height of 705mm when compared to the Bobber’s 690mm. This is because the former has thicker cushioning that promises to make long distance riding a whole lot comfortable. With a kerb weight of 245.5kg, the Speedmaster is the heaviest motorcycle in the Bonneville range.

The Speedmaster is also available with two customisation kits - Maverick and Highway. While the Maverick gets a flatter handlebar and a single seat, the Highway gets an adjustable windscreen along with split seats and a backrest for the pillion. It also gets a small luggage carrier as standard as well. Further, the Maverick kit comes with a Vance & Hines exhaust, which along with other smaller bits, are painted black. The Highway kit gets panniers on either side while retaining all the chrome elements from the standard cruiser.

When launched, the Speedmaster will compete against the Indian Scout Sixty and the Harley-Davidson 1200 Custom.