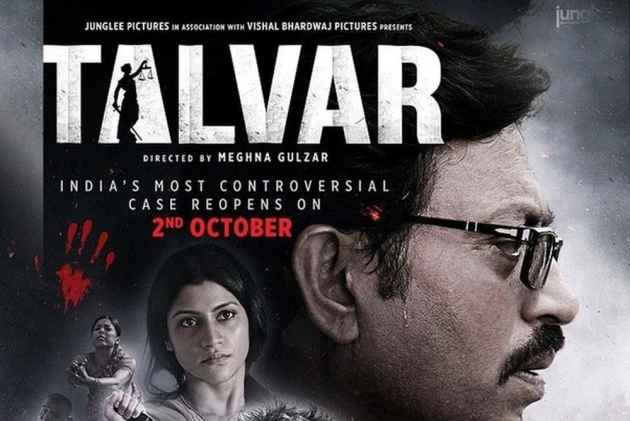 Filmmakers Vishal Bhardwaj and Meghna Gulzar, the duo behind the critically-acclaimed "Talvar" on the 2008 Aarushi and Hemraj murder case, on Thursday hailed the Allahabad High Court verdict acquitting the parents Rajesh and Nupur Talwar.

The court said the Talwars could not be held guilty on the basis of the evidence on record, thus ending the nine-year ordeal of the parents who were found guilty by a CBI court of murdering 14-year-old Aarushi.

Bhardwaj was the producer and the writer of the 2015 thriller while Meghna directed the movie that presented alternative narratives of what happened on the night of May 16, 2008, when Aarushi was found murdered in her Noida home. The body of the Talwars' family help Hemraj was found several hours later.

"Justice delayed is NOT justice denied. Overwhelmed and deeply relieved upon hearing the news of the acquittal. #AarushiVerdict #Talwars," Bhardwaj tweeted.

Justice delayed is NOT justice denied. Overwhelmed and deeply relieved upon hearing the news of the acquittal. #AarushiVerdict #Talwars

Meghna called the verdict a "triumph of justice".

"I just feel that the truth has finally prevailed. It is a triumph of justice. I can only imagine what the parents must have gone through," she told PTI.

"I did not do that film to tell the story of a particular side. Our intention all along was to see that all the versions of the case are out in the open. I think this is what has happened in this appeal. The facts and testimonies were examined very carefully and rationally," she added.

Bhardwaj, in a statement, said they faced a lot of questions while making the movie "though we didn't take any sides in presenting the story and maintained as neutral a viewpoint as possible".

He said it was painful to imagine the mental trauma that the parents went through for nine years.

"I am overwhelmed and relieved to hear of the Talwars' acquittal and this strengthens my faith in the Indian judicial system. However, it still pains me when I think about the precious years lost in prison and the emotional trauma that the parents had to go through, so much so that they couldn't even mourn their own daughter's demise," the "Haider" director said.