British brawn or Italian beauty? Let’s see which one fares better on paper 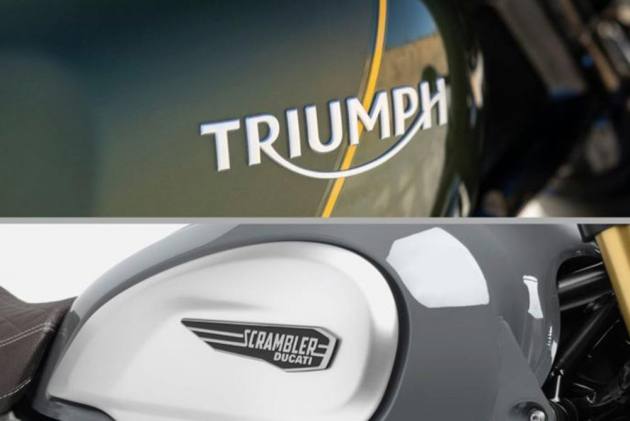 Here at Zigwheels, we’ve repeatedly said that adventure tourers or scramblers make the most sense for Indian road conditions as these motorcycles are built for the tarmac as well as a spot of off-roading. In fact, the latter’s off-road centric underpinnings and their sporty dynamics make it a hoot to ride on roads less travelled. Although Triumph was one of first manufacturers to enter this genre, it was Ducati who popularised it. And seeing the potential for a full-sized one, the Italians beat the Brits by introducing the Scrambler 1100 earlier this year.

However, Triumph wasn’t far behind as it had testing a full-sized Scrambler back in March this year. With the global reveal of the Scrambler 1200 XC and 1200 XE, the competition between the two fierce rivals has got that much more interesting. The Scrambler 1200 XE variant is completely off-road centric and comes with longer travel suspension (250mm vs XC’s 200mm) as well as many other sophisticated features. However, this motorcycle is more in tune with the Ducati Scrambler Desert Sled when it comes to off-road dynamics. Hence we found it fair to compare the base XC variant with the slightly off-road-ish Ducati Scrambler 1100 Special instead. Let the fight begin! 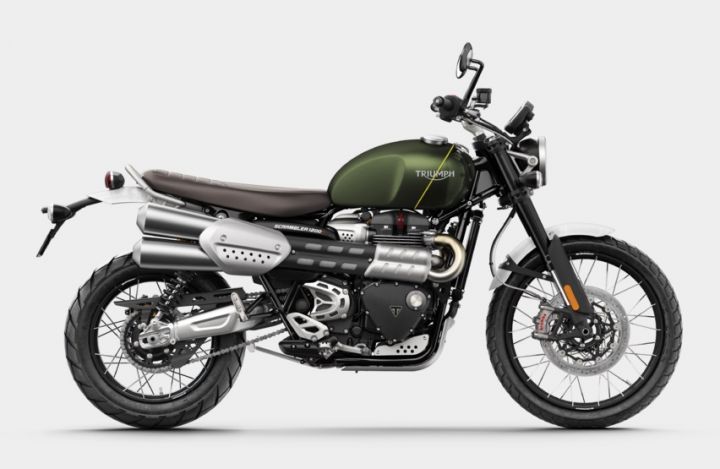 Both scramblers sport a functional, no-nonsense design. You get round headlamps, easy-to-reach handlebars and single-piece seats in both the motorcycles. The Triumph gets a typical scrambler-style sweeping exhausts while the Ducati comes with an under-seat twin exhaust. For optimal off-road ability, the two bikes roll on spoke wheels that are compatible with tubeless tyres. 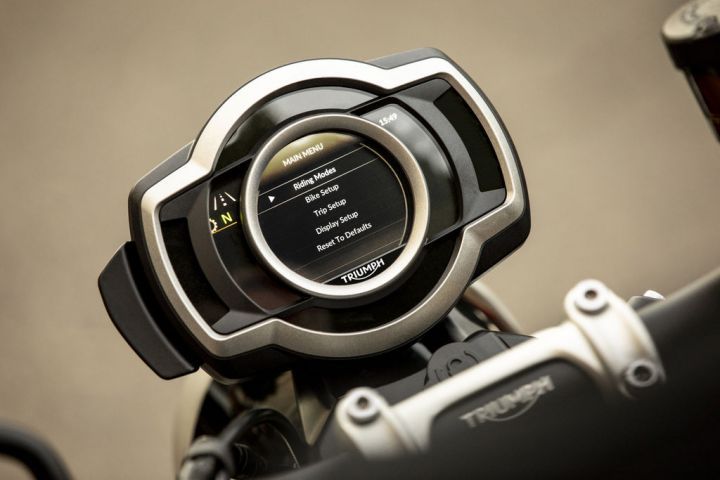 The Triumph Scrambler 1200 gets a circular TFT instrument console that packs various menus which can be accessed via a 5-way joystick in the backlit switchgear. It also features a GoPro control system, a world first for any motorcycle, which can be connected to the TFT console via a Bluetooth module, letting you operate the camera from the switchgear. Pair the Bluetooth console with the Triumph app on your smartphone, and it’ll offer turn-by-turn navigation as well. But while the app-compatibility comes as standard, the Bluetooth console is an optional extra. The Scrambler also comes with a standard keyless ignition.

The Ducati has a relatively simpler yet multifunctional LCD display with a quirky offset design. The Special variant comes with a low handlebar, aluminium fenders, chrome exhaust pipes, black spoke wheels, anodized aluminium fuel tank side covers, brushed finish on the swingarm and a premium diamond-seamed seat. A nifty feature in both the bikes is the inclusion of a USB charger under the seat.

The difference is pretty obvious, as Triumph comes with a much larger engine, complete with liquid-cooling. Looking at the numbers, the Triumph seems to be torquier, with the peak figure arriving much earlier than the Ducati. This should help in more effortless off-road performance. All that power and torque are reined by ride-by-wire throttle with 5 riding modes (Road, Rain, Sport, Off-Road and Rider-Configurable); switchable traction control and cruise control - all being offered as standard.

The Ducati comes with three riding modes: Active, Journey and City. However, the USP of this motorcycle is the inclusion of cornering ABS, which is a segment-first. There’s Ducati Traction Control and dual-channel ABS as well. Triumph also offers cornering ABS in the Scrambler 1200, but it is exclusive only to the top-end XE variant. 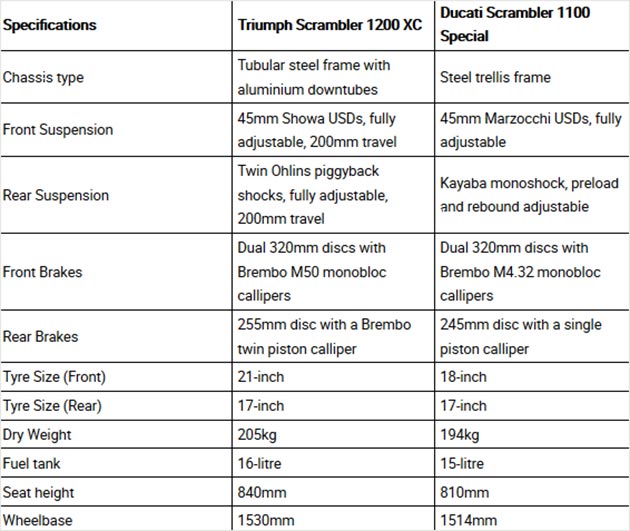 A quick glance as the spec sheet suggests that the Brit outscores the Italian on most counts. Fully adjustable suspension units, better braking components, a larger and skinnier front wheel and lastly, even though it holds just a litre more, a larger fuel tank tips the odds in the Triumph’s favour. 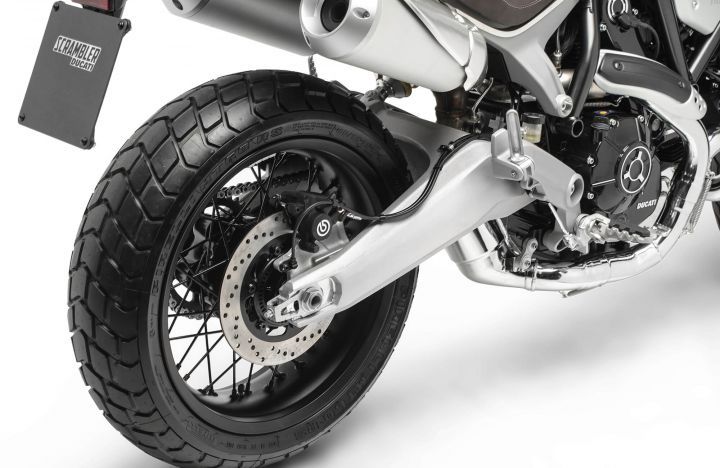 The Ducati claws back when it comes to weight as well as a lower saddle height. It is lighter by 10kg and the rider sits 30mm lower on the Scrambler 1100. Also, the Ducati’s slightly smaller wheelbase should help make it a bit more agile when the roads get tight and twisty. The Ducati gets cornering ABS as standard while this particular variant of the Triumph lacks the useful feature. 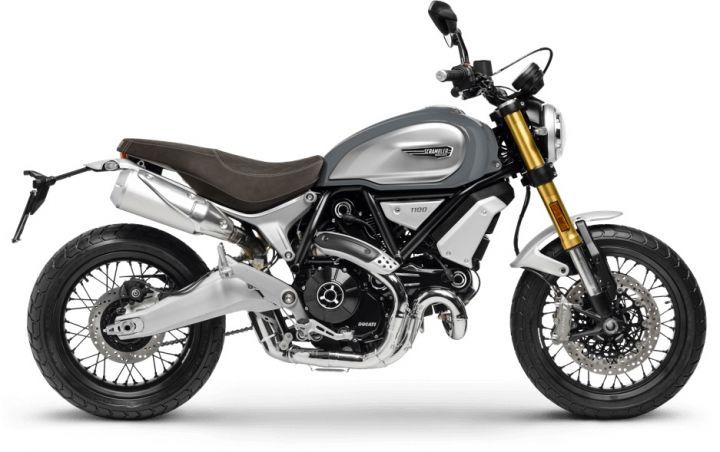 Of these two, only the Ducati is currently on sale in India. It retails for Rs 11.12 lakh, ex-showroom India. There’s a more affordable version called the Standard, which is around Rs 19,000 more affordable. However, it miss out on a few aesthetical elements as well as spoke rims.

We expect the Triumph Scrambler 1200 XC to go on sale sometime around March-April 2019. What price tag will it bear? Our guess would be somewhere around the Rs 12 lakh mark, making it around Rs 1 lakh dearer than the Scrambler 1100 Special. But the extra dough will get you a bike that will be more proficient at the off-road game. We can’t wait to get our hands on one soon and maybe even pit the two together.