However, F-35, is not invisible, though it is unusually small and designed to be less visible to radar than conventional aircraft. 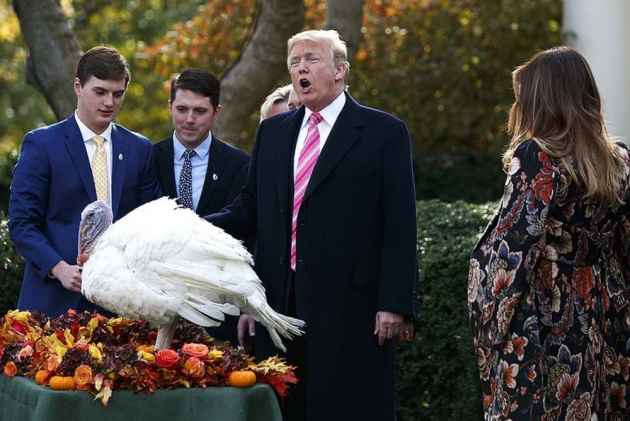 United States President Donald Trump while talking to Coast Guard service members on Thanksgiving spoke about the U.S. fighter jets that are "almost like an invisible fighter."

Trump told the service members that the Air Force was "ordering a lot of planes, in particular the F-35 fighter jet, which is, you know, almost like an invisible fighter," reported the Hill, citing the pool reports.

However, F-35, is not invisible, though it is unusually small and designed to be less visible to radar than conventional aircraft.

Trump said he asked "the Air Force guys" about the abilities of the plane.

He asked them, he said, if it would perform in a dogfight like similar planes he had seen in movies.

"They say, well, it wins every time because the enemy cannot see it. Even if it's right next to it, it can't see it," Trump said. "I said, 'That helps.' That's a good thing.

Trump also said "nobody has the equipment that we have."

Trump has bragged about the F-35 fighter jets before, bringing up the planes during a trip to Puerto Rico after Hurricane Maria in October.

Trump was visiting to Coast Guard Station Lake Worth Inlet, in Florida, where, began his remarks by congratulating the coast guard for its response to recent hurricanes in Texas, Florida and Puerto Rico. (ANI)