Describing the US' decision as a "new and genuine milestone" in the history of the Holy city, Netanyahu said Jews from all over the world have always wanted to return to Jerusalem, "to touch its golden stones, and to walk in its hallowed streets". 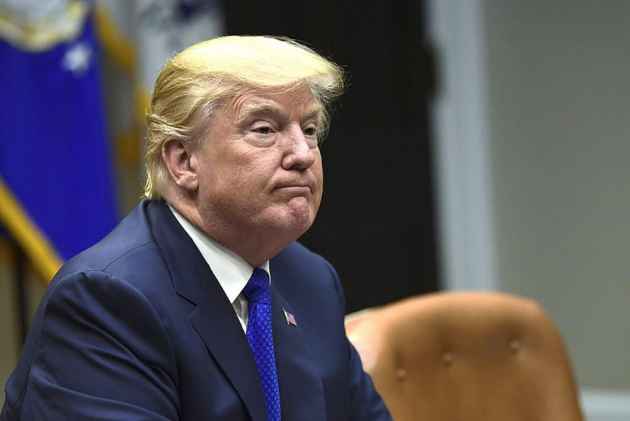 Prime Minister Benjamin Netanyahu today termed as "historic" and a "courageous and just decision" the recognition of Jerusalem as Israel's capital by US President Donald Trump, saying that it will help "advance peace".

He said the Jewish state would maintain status quo at the holy sites ensuring freedom of worship for Jews, Christians and Muslims alike.

Hailing Trump, he said it reflects his commitment to "an ancient but enduring truth".

"Yet today's pronouncement by President Trump is such an occasion. We're profoundly grateful to him for his courageous and just decision to recognise Jerusalem as the capital of Israel, and to prepare for the opening of the US embassy here. This decision reflects the President's commitment to an ancient but enduring truth, to fulfilling his promises and to advancing peace", the Israeli prime minister said.

Describing the US' decision as a "new and genuine milestone" in the history of the Holy city, Netanyahu said Jews from all over the world have always wanted to return to Jerusalem, "to touch its golden stones, and to walk in its hallowed streets".

He insisted that the US announcement would help achieve "dream of peace".

"The President's decision is an important step towards peace, for there is no peace that doesn't include Jerusalem as the capital of the State of Israel. I share President Trump's commitment to advancing peace between Israel and all of our neighbours, including the Palestinians. And we will continue to work with the President and his team to make that dream of peace come true", he asserted.

The Israeli premier also called upon other countries to join the United States in "recognising Jerusalem as Israel's capital and to move their embassies here".

The status of Jerusalem, which is home to sites holy to the Muslims, Jews and Christians alike, is seen by many as the "thorniest issue" in resolving Israel-Palestinian conflict.

Addressing the concern of Muslims and Christians, Netanyahu said Israel would maintain status quo at the holy sites ensuring freedom of worship to all.

"I also want to make clear: there will be no change whatsoever to the status quo at the holy sites...Israel will always ensure freedom of worship for Jews, Christians, and Muslims alike," the Israeli Prime Minister said.

Meanwhile, Palestinians have called Trump's decision "unacceptable", describing the move as a "death nail" to efforts of rekindling the stalled peace process.

"If this happens, it will complicate things. It will put an obstacle to the peace process. Maybe it will be the end of the peace process," Palestinian President Mahmoud Abbas' close aide Nabil Abu Rdeneh said before the announcement.

Abbas' diplomatic adviser Majdi Khaldi expressed concerns that the US recognition of Jerusalem as Israel's capital would end Washington's role as a mediator in the Israel-Palestinian conflict.

Israel has heightened security arrangements at sensitive sites and other strategic areas in anticipation of a spate of violence following Trump's controversial announcement.

Thousands of Gazans were preparing for demonstrations against the US move.

Palestinian militant faction Hamas' spokesman Hazem Qassem said the decision "confirms what Hamas has always said that "the United States has not and will not be an honest broker in any case concerning our people".

"Our Palestinian people everywhere will not allow this conspiracy to pass, and their options are open in defending their land and their sacred places," Hamas' chief, Ismail Haniyeh, said.

Widespread discontent was visible in the Islamic and Arab world even before the announcement, with regional leaders warning of escalation in violence over the announcement.

Turkish President Recep Tayyip Erdogan yesterday called it a "red line for Muslims". Saudi media quoted King Salman as saying that "any declaration on the status of Jerusalem before reaching a final settlement would harm the peace negotiation process and escalate tension in the region".

Israel's neighbours, Egypt and Jordan, that have diplomatic ties with the Jewish state echoed similar sentiments.

Egyptian President Abdul Fattah al-Sisi warned against "complicating the situation in the region by introducing measures that would undermine chances for peace in the Middle East".

Jordan's King Abdullah called for joint efforts to "deal with the ramifications of this decision and to counter any action that undermines the Palestinian people's aspirations for their own independent state, with East Jerusalem as its capital".

The Arab League called it "a dangerous measure that would have repercussions" across the region, and also questioned the future role of the US as a "trusted mediator" in peace talks.

Israel's arch foe in the region, Iran, was also quick in responding to the expected Trump's declaration saying, "It is out of despair and debility that they want to declare Jerusalem as capital of the Zionist regime (Israel)".

In a landmark announcement today, Trump recognised Jerusalem as Israel's capital, reversing decades of US and international policy on the holy city.