The president issued an extraordinary statement of support and repeated what Saudi had claimed earlier---- "the murdered journalist was enemy of the state'. 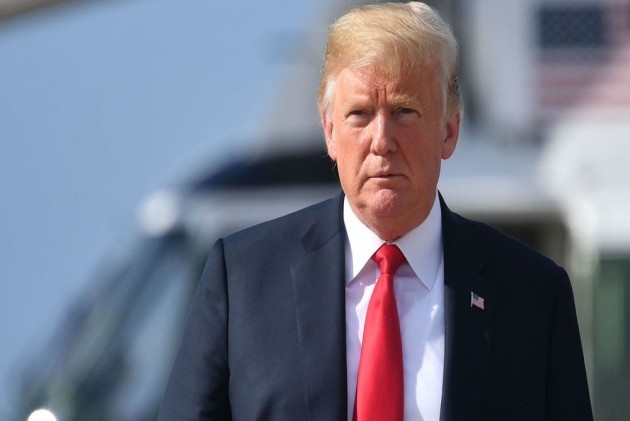 US President Donald Trump on Tuesday said that the CIA had not reached a "definitive" conclusion about who ordered the murder of journalist Jamal Khashoggi, despite press reports saying that the agency has determined that Saudi Crown Prince Mohammed bin Salman ordered the hit.

The CIA has "nothing definitive" on the crown prince's involvement in the killing, Trump said in a statement released Tuesday, adding that "It could very well be that the Crown Prince had knowledge of this tragic event -- maybe he did and maybe he didn't! That being said, we may never know all of the facts surrounding the murder of Mr. Jamal Khashoggi,"

Trump clearly suggested in his statement that Saudi oil production was a key factor in his decision not to acknowledge the CIA's analysis, noting that after the US, "Saudi Arabia is the largest oil producing nation in the world." Efe reported.

"They have worked closely with us and have been very responsive to my requests to keeping oil prices at reasonable levels -- so important for the world," he said.

The president also said that his decision was made in the "absolute security and safety of America," emphasising that Riyadh is very important to Washington in the "fight against Iran" and maintaining the kingdom as a partner is vital to "our paramount goal to fully eliminate the threat of terrorism throughout the world!"

"Very simply it is called America First!" the statement reads in closing.

Khashoggi, who was a columnist for The Washington Post, died October 2 inside the Saudi Consulate in Istanbul, where he had gone to obtain documents enabling him to marry his Turkish fiancee.

Weeks later, the Saudi government acknowledged that he was killed inside the consulate and last Thursday the kingdom's attorney general announced he would seek the death penalty for five of the 11 suspects charged in connection with the journalist's death.

In a press conference in Riyadh, Saud al-Mojeb insisted that the crown prince had not had any prior knowledge of the operation, whose original aim was to bring Khashoggi back to Riyadh.

Trump awaited a CIA report on Tuesday about Khashoggi's murder, which, according to media accounts, contains the conclusion that MbS, as the crown prince is known, had ordered Khashoggi's assassination.

Long a member of the Saudi establishment, Khashoggi became estranged from the government as a result of his criticism of the crown prince and had been living in self-imposed exile in the US since 2017.

In his statement, Trump made light of the CIA's conclusion and even seemed to contest it when he said of the crown prince that "maybe he didn't" have any knowledge of the tragic event, and made it clear he was not planning any punitive measures against Saudi Arabia related to the case.

"The US intends to remain a steadfast partner of Saudi Arabia to ensure the interests of our country, Israel and all other partners in the region," Trump said.

"I understand there are members of Congress who, for political or other reasons, would like to go in a different direction -- and they are free to do so. I will consider whatever ideas are presented to me, but only if they are consistent with the absolute security and safety of America," he said.

The statement, apparently dictated by Trump and full of exclamation points, begins with his "America First" slogan, followed by a warning that "The world is a very dangerous place!" and a tirade against Iran's activities in the Middle East.