Desai has also sent a mail to Prime Minister Narendra Modi, urging him to ensure security for her visit to the shrine. 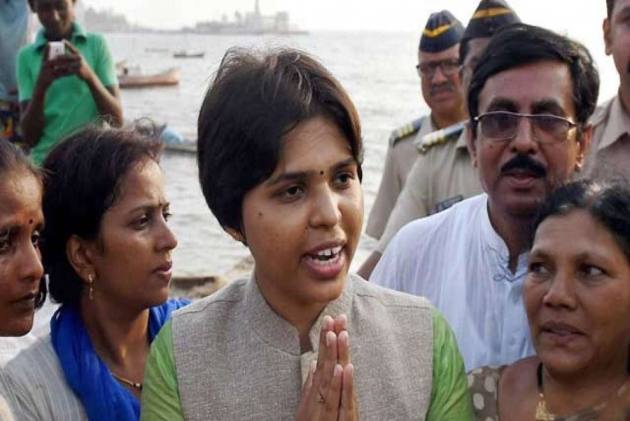 Social activist Trupti Desai said Wednesday she would visit the Sabarimala temple, which saw frenzied protests from devotees against the Supreme Court's decision to allow women of all ages to offer prayers, with six other women in the 10-50 age group on Saturday.

The Lord Ayyappa shrine will re-open for the two-month-long Madala-Makkarvilakku puja on Saturday.

Desai, who spearheaded the campaign for women to be allowed into various religious places, including Shani Shingnapur temple, the Haji Ali Dargah, the Mahalakshmi Temple and the Trimbakeshwar Shiva Temple, in an email to Kerala Chief Minister Pinarayi Vijayan sought security as she fears an attack on her life during her visit to the hill shrine.

"We will not return to Maharashtra without darshan at the Sabarimala temple," she said, adding, "We have faith in the government that it will provide security for us."

It is the responsibility of the state government and the police to provide protection and take us to the temple as the Supreme Court has allowed women of all ages to offer prayers at the shrine, she added.

The Chief Minister's Office said they had received the e-mail and it has been sent to the officials concerned.

Desai has also sent a mail to Prime Minister Narendra Modi, urging him to ensure security for her visit to the shrine.

Meanwhile, Rahul Easwar, president of the Ayyappa Dharma Sena, which is among the organisations protesting against the entry of women of all ages into the shrine, said Ayyappa devotees would resist through "Gandhian means", any attempt by Desai and her group to trek the holy shrine and offer prayers.

"We will lie down on the floor. We will protest and at all costs prevent them from offering prayers at the shrine", he said.

The temple had witnessed a string of protests from the main Opposition Congress, the BJP, the RSS and other right-wing outfits against the CPI(M)-led LDF government's decision to implement the September 28 apex court verdict, lifting the centuries-old ban on the entry of women in the 10-50 age group.

The shrine was opened for four days in October and two days this month for the monthly pujas when the protests were held.