Tubelight: When You Long For More Of Sohail In A Salman Khan Film

Spoiler Alert: Even a scene with Shah Rukh Khan and Salman Khan together fails to bring the house down. 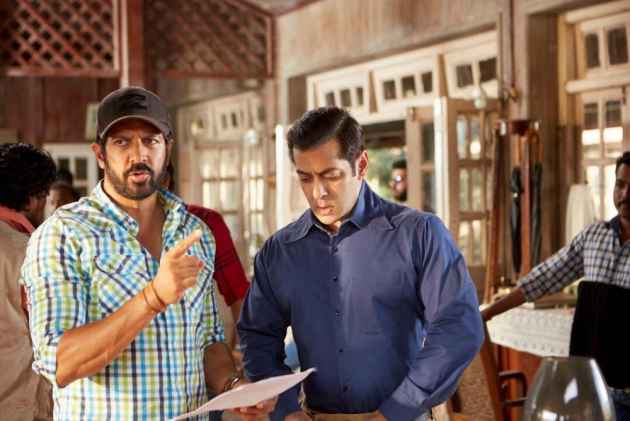 The formula is simple enough: Salman as a simple, good-hearted guy. The longing for a loved one. And a lesson on righteousness. All wrapped up in a border conflict. Kabir Khan’s latest, Tubelight, is a despairing mix of the 2015 American war drama Little Boy it is inspired from, and the bits that made Bajrangi Bhaijaan a seller. Tubelight flickers, but fails to light up.

In his 12-year career, Kabir has often switched on and off. If Kabul Express, Bajrangi Bhaijaan, Ek Tha Tiger, proved his worth as a nuanced and compelling filmmaker; New York, Phantom, and now Tubelight, are best described as painfully lacking in any intelligent thought.

Set during the Sino-Indian war in 1962, in a small, fictional hamlet, Tubelight is about Laxman Singh Bisht (Salman) – a naïve, timid child-man, wholly dependent on his brother, Bharat (Sohail), who has gone across the border to fight in the war. The arrival of a magician (Shah Rukh Khan) alters the course of Laxman by showing him he can move a bottle with his mind. This leads to Salman trying to move mountains and stop wars by squatting, sticking his arms out and making what seem like grunting noises; all with a dollop of ‘yakeen’, belief.

Tubelight presents Salman in full Forrest Gump mode, but the effort on Salman’s part to come off slow-witted is evident in each frame. Weird, contorted faces, and singsong dialogue delivery, do not a good child-man performance make. Salman is the biggest disappointment in the film.

Everyone aside from Salman is good enough. The late Om Puri, as a father figure, even with stale dialogues, and Mohammed Zeeshan Ayyub as a local hothead are solid. We get fine performances from the bright Chinese actress Zhu Zhu, and Matin Rey Tangu, even though it must be emphasized that casting a Chinese actress alongside a kid from Arunachal Pradesh, as if to say it's all the same, doesn’t really rest well.

The message of loving our neighbours, during peace or strife, is great, but the film is plagued by an unconvincing performance by the lead, along with a bad script. Words like susu, potty, and ‘goo’ are used to make us laugh. Even a scene with Shah Rukh Khan and Salman Khan together fails to bring the house down. In the end, we are left longing for more screen time with Sohail, in a Salman Khan film.