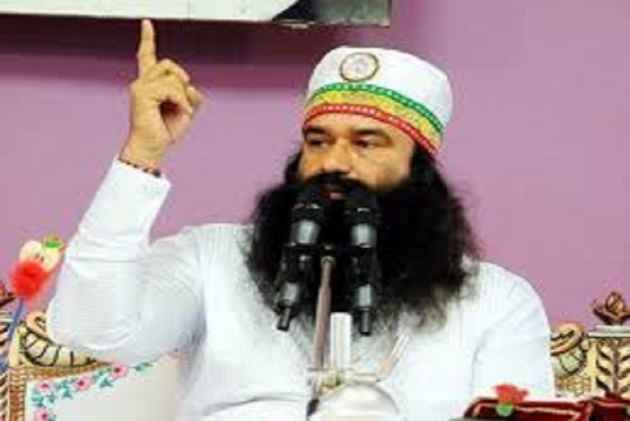 Two secret tunnels, including one that connected the Dera Sacha Sauda chief's residence with the hostel for female disciples, and an illegal firecracker factory were on Saturday unearthed on the second day of the massive sanitisation exercise at the sect headquarters in Sirsa.

An empty box of AK 47 cartridges, 84 cartons of fire crackers and chemicals from the illegal factory, besides hundreds of pairs of shoes, designer clothing and caps, were also found, and official said.

"A window-shaped secret tunnel that connected Dera chief Gurmeet Ram Rahim Singh's private residence — also known as gufa or terawas— to the sadhvis’ (female disciples) hostel was found during the search," according to state Information and Public Relations Department Deputy Director, Satish Mehra, who has been authorised by the administration to speak to the media.

The other fibre glass tunnel detected by the security forces opened some five kilometre away from the Dera head's private residence, he added.

The search was launched on the premises of the dera in the wake of conviction of sect chief Gurmeet Ram Rahim Singh in two rape cases last month and the subsequent violence by his supporters which left 38 people dead. He has been jailed for 20 years.

The illegal fire cracker factory has been sealed and a case under the Explosives Act had been registered against the factory owner, Mehra said.

He said some chemical material to be used in making fire crackers was also found. "The search teams recovered 84 cartons of fire crackers from the illegal factory," he said.

The search will continue tomorrow also, he said.

The Dera’s sprawling headquarters include a township of its own, with schools, a sports village, a hospital, a shopping mall and a cinema hall. The property is also home to an ostentatious '7-star MSG resort' with replicas of Eiffel Tower, Taj Mahal, Kremlin and Disney World inside.

Hordes of police, paramilitary and civil administration personnel were involved in the mammoth search operation which started yesterday on the direction of Punjab and Haryana High Court.

An unregistered luxury car and some banned currency notes were yesterday seized from the dera during the sanitisation exercise which also involved forensic examination of his so-called cave where he allegedly used to sexually exploit women.

Besides, some rooms were also sealed and hard disk drives and unlabelled medicines recovered during the 12-hour day long exercise.

The entire sanitisation process is being videographed and overseen by retired District and Sessions Judge, A K S Pawar, who was appointed as Court Commissioner by the Punjab and Haryana High Court on Tuesday.

Curfew remains in force on the road leading inside the dera headquarters. No unauthorised person was being allowed to go inside the dera premises. However, life remained normal in Sirsa city.

A large number of vehicles including those of police, paramilitary, Quick Reaction Teams, bomb disposal squad and anti-sabotage team, carrying made their way inside the dera premises this morning, officials said.

Besides, some fire tenders, heavy earth moving machines and tractors have also been pressed into service for the sanitisation exercise.

A number of dera followers, who had parted ways with the sect head, hade reportedly told the media earlier that except for the dera chief and his close aides, nobody was allowed to enter his 'gufa' or private residence.

The dera, spread over nearly 800 acres, has been divided into ten zones for the purpose of sanitisation and searches, with each zone under the control of a senior officer.

The dera chief, who featured in a few films directed and co-produced by himself, also has some shops in the complex where consumer products launched two years ago under "MSG" brand were sold.