Khashoggi, 59, a critic of the crown prince, was killed and dismembered in the Saudi consulate in Istanbul on October 2. 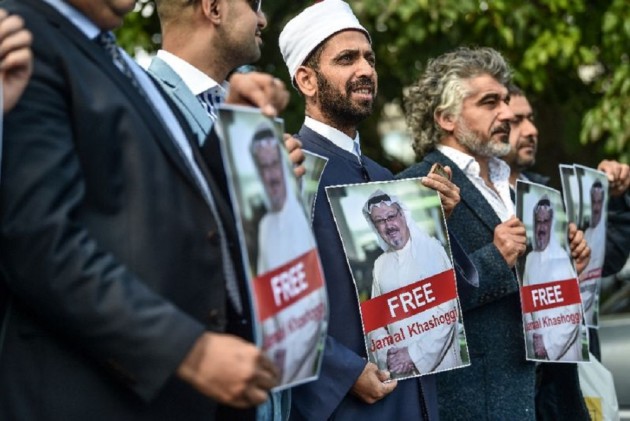 Turkey has more evidence contradicting the Saudi version of the murder of journalist Jamal Khashoggi, including a second audio recording, a Turkish newspaper reported on Friday.

The second voice recording -- said to be 15 minutes -- clearly reveals that the murder of the Washington Post columnist had been premeditated, the Hurriyet newspaper said.

That would contradict the statement of the Saudi prosecutor who said on Thursday that five Saudi officials faced the death penalty on charges of killing Khashoggi but exonerated the country's powerful Crown Prince Mohammed bin Salman  of involvement in the murder.

Khashoggi, 59, a critic of the crown prince, was killed and dismembered in the Saudi consulate in Istanbul on October 2.

Turkey has said the murder was carried out by a team of Saudis who travelled to Istanbul for that purpose.

President Recep Tayyip Erdogan has said the order came from "the highest levels" of the Riyadh government, but stopped short of pointing the finger of blame at the crown prince.

Abdulkadir Selvi, pro-government columnist in the Hurriyet daily, said key findings in the Saudi prosecutor's statement did not overlap with the evidence in the hands of Turkey including two voice recordings.

He claimed that the first seven-minute voice recording proves that Khashoggi was strangled but the second tape recorded shortly before the journalist stepped into the consulate clearly shows the murder was planned in advance.

The second tape proves the 15-member "killer team" seated inside the consulate before Khashoggi's arrival was discussing how to carry out the murder, he said.

Turkey has also evidence that the team made international calls after the murder, he added.

Saudi prosecutors on Thursday announced indictments against 11 people and said a total of 21 individuals were in custody in connection with the killing.

It said execution would be recommended for five of them who "are charged with ordering and committing the crime."

Turkey, however, said the Saudi statement was "insufficient", with Foreign Minister Mevlut Cavusoglu insisting that the killing was "premeditated".