This year marks the 25th anniversary of AR Rahman’s contribution to the world of film music... 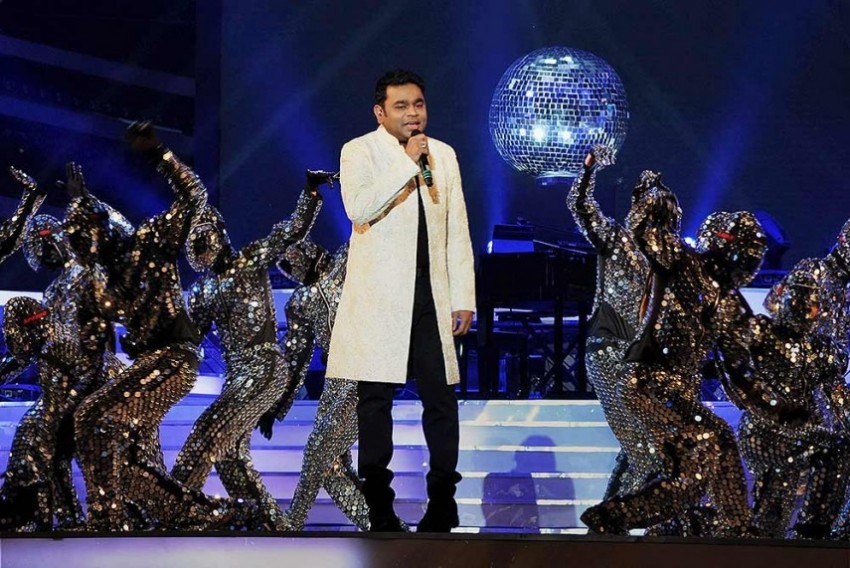 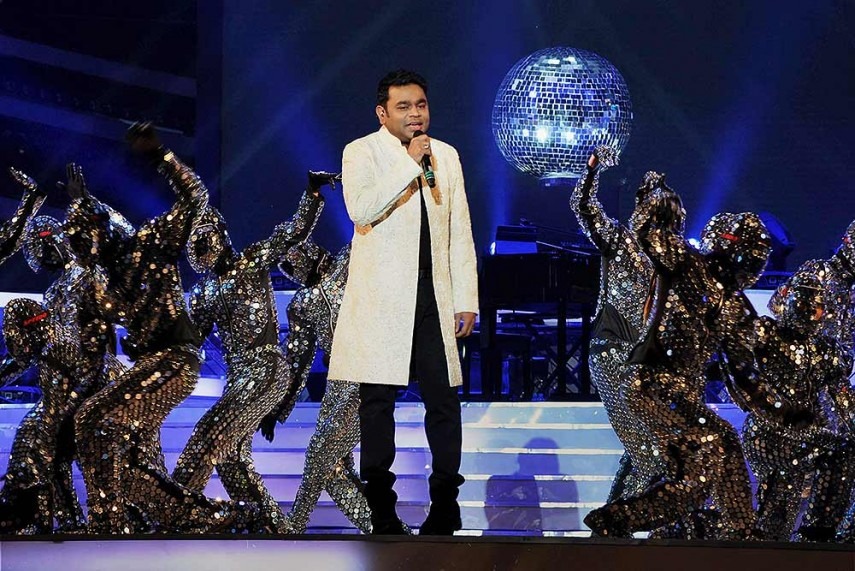 This year marks the 25th anniversary of AR Rahman’s contribution to the world of film music.

In 1992, Rahman made his musical debut with Mani Ratnam's Roja, for which he achieved the unique feat of receiving the National Award and Tamil Filmfare Award on debut.

I remember the day, when a friend called me up to ask, “Have you heard Roja?” I was always the one, who came to know of a newly released film music album first. But this time I hadn’t. “Who’s given the music?” I asked. “Some new guy called A R Rahman,” he said. “How’s it?” I asked, already curious as he wouldn’t have called to inform me if he wasn’t excited. The voice on the other side paused a bit, as if making sure he put it perfectly, “It sounds very new. The style is pretty different from the ones we know. But there is something magical.” I did not waste time and reached his home on my bicycle. It was a hot summer afternoon, but the word “magical” had done the trick. Soon I was relaxed in the small room of his railway-colony house, inhaling the songs one by one on his Panasonic tape recorder.

‘Choti Si Asha’, in Minmini’s voice, flitted around the room like a butterfly. The deft movements, the quick turns, one came to associate with Rahman could be gently felt. Choti Si Asha, a friend Sharmadip Basu tells me, is perhaps "the first and definitely the best creative adaption of the reggae form in Indian film music."

The title song was a bit tame for my taste, but the flute made subtle moves that stayed. In ‘Ye Haseen Wadiyan’two voices breathed into each other as well as into our ears. The melodic whispering evoked the snowy surroundings of a Kashmir winter. Rahman’s penchant for sudden bursts in scale changes was visible in this song. ‘Rukmani’ was superb, raunchy urban folk.

Rahman had firmly arrived in a small, railway colony town in the outskirts of Guwahati. We were fierce RD Burman fans. But the maestro was delivering in spurts, the last being the gorgeous Asha Bhonsle number, ‘Pyar Ke Mod Pe’in Parinda (1989). RD would leave us two years after Roja’s release, with his last music coming after him. Suddenly, after the decadent music of the 90s, we heard simple beats of the tabla in tandem with the veena gently overwhelm our adolescence in 1942: A Love Story. In an interview, Rahman was asked about his influences. He named many, from Peter Gabriel to John Williams, the duo Viswanathan–Ramamoorthy, K.V. Mahadevan and, as he put it, “Ilayaraja sahab”. From Bollywood, he named three: Naushad, Madan Mohan and RD Burman. He was surely the most experimental music director taking over from RD, coming from another cultural horizon, with an addictive windy freshness. First time since RD, we heard fresh sounds, voices speaking to each other, complex orchestrations. Rahman’s music also shares with RD a strong urban sensibility and the wealth of multiple influences.

In 1993, Rahman scored in the film, Thiruda Thiruda for Mani Ratnam. Anupama’s hoarsely sexy 'Chandralekha’ breezily woos the senses, while Caroline plays her subdued, sensuous aura in ‘Thee Thee’, contrasted by Suresh Peters’ electric rendering of tala. Both are memorable renditions. In 1994, Rahman’s Kadhalan (Humse Hai Muqabala) was a rage. The “take it easy policy” of ‘Urvasi Urvasi’ had a wonderful play of drums and violin, and ‘Patti Rap’ was brilliant cacophony of an urban rap song. The contrast was set by ‘Ennavale Adi Ennavale’ (‘Sun Ri Sakhi’) in raga Kedaram, by Unnikrishnan in Tamil and Hariharan in the Hindi version. Both are exceedingly trained singers, but Unnikrishnan’s voice has a dulcet fullness that scores more. The violin in the song is exemplary.

In 1995, Rahman came up with Bombay, the largest selling Indian film album in history. If Roja was mostly on the softer side, in Bombay the scale and tempo soared. The ‘Bombay theme’, in flute and violin, was Rahman’s tribute to the master, Ilayaraja. ‘Hamma Hamma’ reintroduced the Goan singer, Remo Fernandez, after Jalwa and ‘Bombay City’. Apart from the energy and the tempo, the song has a complex arrangement. The trumpet, guitar, violin, piano and flute, accompanied the drums. Rahman’s trademark is the use of the flute in a sudden move to soften the interlude. The contrast acts as a beautiful respite against the song’s heavy orchestration. ‘Kehna Hi Kya’ is a song from the future. It wraps a qawwali inside a song. The swiftly moving, animated chorus (always an integral part in Rahman’s compositions), play companions to the beloved’s song. The song tells us, if love is a stranger, the heart is a nomad.

Tu hi Re is not a song. It is a prayer, reminding you of what the Sufi teacher, Hazrat Inayat Khan said, “God breaks the heart again and again and again until it stays open.” Hariharan sings on his knees, the sea of despair flooding his throat.

The next album to storm the scene in 1997 is Minsara Kanavu (Hindi, Sapnay) for which Rahman again won the National Award. I prefer Sujatha in ‘Poo Pookum Oosai’ to Hema Sardesai in the Hindi version, ‘Aware Bhanwre’. Sardesai breathes too heavily and is a bit shaky in the upper notes compared to Sujatha’s smooth, soft rendering of young women basking in the joys of unschooling. In ‘Vennilavae’ (‘Chanda Re’), the rhythm is infectious, and so are the piano composition and the clarity of Sadhna Sargam’s voice. The woefully underused Sadhna is perhaps the best female singer after the Mangeshkar singers. She will return in 2000 for Alaipayuthey (Saathiya, 2002) and sing both the Tamil and Hindi versions of one of Rahman’s most poised romantic songs ever, ‘Snehithane Snehithane’ (‘Chupke Se’). Despite Gulzar’s lyrics in the Hindi version, the Tamil words sound more ethereal. The base raga of the song is, Sindhu Bhairavi. It is said, the Sindhu Bhairavi, which exists both in Carnatic and Hindustani classical, originated in the mosque, and that the Quran is often sung in this tune. The main ragas of ‘Snehithane’ are however, Sivaranjani and Mohanam. This bewildering mix of ragas reminds me of S. P. Balasubrahmanyam explaining in an interview, the way RD brought in elements from other ragas to incredibly transform the Sivaranjani raga in Mere Naina Sawan Bhadon. The other song in Alaipayuthey, ‘Yaro Yarodi’, naughty, sung with elan by the talented Mahalakshmi, stresses Rahman’s knack for dance songs woven around a cultural theme.

In 1998, Rahman offers two superb albums, Dil Se and 1947: Earth. In Dil Se, Rahman exploits Lata’s high range in ‘Jiya Jale’, and Udit Narayan never sounded so romantic since ‘Pehla Nasha’ (from Jo Jeeta Wohi SIkandar, 1992). In ‘E Ajnabi’ Mahalakshmi croons like a bird lost in another country with a delicate Udit for company. ‘Chaiyya Chaiyya’ reintroduces the robust, folksy voice of Sukhwinder Singh. He is even better in 1947: Earth, an album with more depth. If in ‘Ruth A Gayi Re’ Singh brings in the joy of the season, in ‘Raat Ki Dal Dal’, in the backdrop of the horror of Partition where the train carrying the dead stops at the station of death. Hariharan in ‘Dheemi Dheemi’ is as light as the sun falling on Nandita Das’s shoulders as Rahul Khanna drives her coquettishly in a bicycle. ‘Ye Jo Zindagi Hai’, in the backdrop of a lovemaking, has Srinivas and Sujata Trivedi singing with a hot vulnerability. In the same year, Rahman scored another passable album, whose one song however I always found addictive: ‘Kissa Hum Likhenge’. Maybe it is just Sreekumar’s voice, including the lilting rhythm.

In 1999, Rahman scored the hugely popular, Taal. In my book however, only the song ‘Nahi Samne’ is worth remembering for the way Hariharan scales its depths. And the way Anuradha Sriram’s lends her voice of green snow. From Lagan (2001), for which Rahman won the National Award, perhaps ‘Ghanan Ghanan’, with Sukhwinder’s rendering of Megh Malhar, alone has lasting value. Asha Bhonsle aging voice can’t match in the playful buoyancy of, ‘Radha Kaise Na Jale’.

Rahman came up with a scintillating album in 2000, Kandukondein Kandukondein. ‘Enna Solla Pogirai’, set in Misra Kirwani, is sung with unforgettable grace by Shankar Mahadevan. ‘Kanamoochi’, by Yesudas and KS Chitra, is a soothing Carnatic classical number. In 2000, Rahman crafted another gem, the fire-hearted qawwali, ‘Haji Ali’ he sang for Fiza. When Rahman sings, ‘Yahan Hindu, Muslim, Sikh, Isaai Faiz paate hain’ (Here, Hindu, Muslim, Sikh, Christian, find bounty), the soul is touched by the promise of a Dargah.

In the last decade, Rahman has not sounded fresh and innovative. The Grammy Rahman won for ‘Jai Ho’ in Slumdog Millionaire, was far from his best. He was also turned into a populist icon of patriotic anthems, jingles and songs. The Padma Bhushan in 2010 came as no surprise for a man who won four National Awards, including his subdued score in Kannathil Muthamittal.

However, there were occasional flashes of the old brilliance. From Guru (2007), ‘Ay Hairathe’ works due to Hariharan. In ‘Tere Bina’, the magic is Rahman’s Khusro-esque tarana, ‘Dum dara, dum dara, mast mast’. The tune of ‘Rehna Tu’ in Delhi 6 has an uncanny resemblance to a Bengali jazz song by RD with superb trumpeting, ‘Shono Ei To Shamay’.

In Raavanan (Hindi, Raavan), 2010, the Hindi version, ‘Ranjha Ranjha’ sounds better than ‘Kaattu Sirukki’, because of Rekha Bhardwaj’s deeper rendering and the names, Ranjha and Heer, evoking a special romantic resonance. Neither ‘Killi Re’ nor the Tamil version ‘Kalvare’ however can match Ankitha’s fine, Telugu version, ‘Kaavule’.

Mohit Chauhan’s ‘Phir Se Ud Chala’ from the film, Rockstar (2011) is one of the most exquisite songs of the decade. Apart from George Doering’s mandolin, Mohit’s voice of bitter almonds feels close to what García Márquez must have felt of love. The sleek song from the Tamil film, Kadal (2013), ‘Nenjukulle’ by Shakthisree Gopalan, has a lovely use of accordion. Also ‘Innum Konjam’ from the Tamil film Maryan (2013) has beautiful orchestration and Swetha Mohan’s melodic playfulness.

Now my favourite Rahman song of all time: ‘Naramugaye’, in Mani Ratnam’s Iruvar (1997). The mridangam heralds the arrival of the flute, Unnikrishnan sings in the Nattai raga, and Bombay Jayashree responds in Gameera Nattai. It’s a flawless conversation between Unni and Jayashree, studded with trembling interludes of the flute and mridangam. Time takes a bow.

Line-Up Of Exalted Works By A Galaxy Of Modernists