Two Chilling Murders In Bengal: Is It TMC's Concerted Effort To Drive Out Political Opposition? 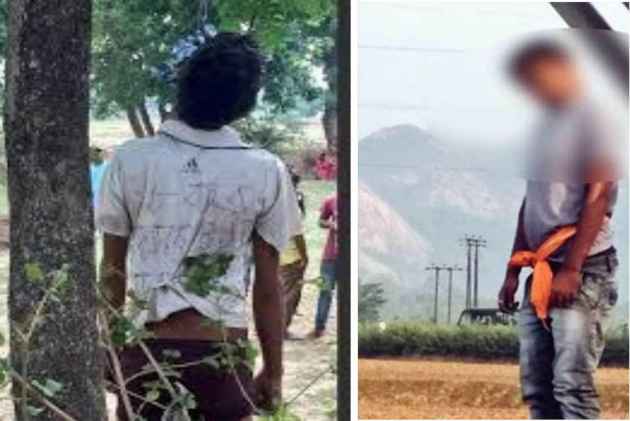 The gruesome killing of two BJP workers within one week has forced the spotlight back on political deaths in West Bengal.  On May 30, the body of an 18-year-old college student Trilochan Mahato, who was a member of the BJP’s youth wing, was found hanging from a tree in Purulia district.

A chilling message, written in Bengali, was scribbled in black ink on the back of his white t-shirt which read, “BJP politics at only eighteen years – you were actively involved with BJP – hence you deserve death.”

Before the shock and horror of that incident could settle or the police make any headway, a second murder shook the state when the body of a 30-year-old man, Dulal Kumar, was discovered dangling from one of the high-tension electrical towers in a power grid  in Purulia’s Dabha Village.

Also a member of the BJP, he is said to have been actively involved in campaigning for his party during the recently-concluded Panchayat elections. The families of both of the victims have claimed that activists belonging to the rival Trinamool party, which rules Bengal, were behind the murders.

But these denials and condemnations notwithstanding, Trinamool will find it difficult to distance itself from what is being perceived as a concerted effort to drive out the political Opposition.

Indeed, the unprecedented violence which the Opposition faced during last month’s rural elections, allegedly unleashed on them by the ruling party, is still too fresh in public memory for the twin murders not be linked to it. Political commentators too point this out.

“In West Bengal, it has been a matter of rule rather than the exception that ruling parties do everything possible to ensure that the Opposition does not gain ground or rear its head,” observers political scientist professor Biswanath Chakraborty.  “This was a practice during the former Left regime and it continues today.”

He explains that the reason West Bengal has been prone to such violent suppression of the Opposition forces by pointing out the political history of the state, in fact, is steeped in a kind of “legitimized violence.” It began with Partition when the division of the state witnessed unforeseen violence in the form of rioting when the common people, victims of such communal clashes, found themselves engaged in the violence.

It continued when another set of rioting ripped Bengal apart during the Bangladesh Liberation War of 1972 which found more victims of violence enter as refugees. The subsequent Naxal movements and the Communist rule, which was nothing if not formulated on the ideology of violent uprisings for a cause somehow seemed to inject a sense of legitimacy to different forms of violence for the sake of power.

“In West Bengal, there is an almost brazenness when it comes to violence for the sake of power,” states Professor Chakraborty. “And ruling parties have used it as its right, as a tool to hold onto power.”

At every stage of the polls from the filing of nominations in April right through polling day on May 14, and almost incredibly throughout re-polling two days later and even during counting, rival political parties confronted violence. Candidates were prevented from entering the BDO offices to submit their forms or dragged out by goons if they managed to get in and thrashed. They were thrown on the ground, kicked, punched, slapped and even stabbed. During polling, thugs allegedly associated with the ruling party, went on  a rampage brandishing their weapons, hurling bombs and firing on opposition and even voters who were perceived to belong to the Opposition.  The death toll in poll violence was reported to be 23 officially but the unofficial figure, according to Opposition leaders, are much higher.

While the main Opposition parties CPIM, Congress and BJP – and it must be noted that even breakaway Trinamool members, disgruntled candidates who ran as Independents because they were not given tickets, were attacked and allegedly reported the most number of casualties – each faced violence, the BJP, which has become the Trinamool’s main rival in the state, claims that it is the Trinamool’s prime target.

“The BJP has gained so much ground in West Bengal since the general elections of 2014 that the Trinamool is scared,” BJP leader Chandra Kumar Bose told Outlook.

“Our voteshare has shot up from a mere six to seven percent in the state elections of 2011 to nearly seventeen in the 2016 state elections. And even in spite of the violence in the rural elections, we have been able to establish that we are gaining ground in the state. The people of Bengal are now ready for another change. They have not seen what is like for the state to be run by the BJP. They are further encouraged by the idea that a state which is run by a party that rules centrally too is one which will be more at the receiving end of various benefits and they want to reap these benefits. The Trinamool knows that and is desperate therefore to get rid of the BJP. And they are therefore resorting to eliminating our ground forces in the hope that it will wipe out our organizational base. “

The Trinamool has, however, has indicated that there could be other elements involved in the recent murders. Asking a series of rhetorical questions to this effect, Derek O’brien said, “What role did the Jharkhand border have to play? What  elements of Bajran Dal, Maoist or BJP involved?”

The inference is that considering that Purulia district, in the jungles of the state’s western border with Jharkhand was a former Maoist stronghold, the possibility that it was an act of the banned militants cannot be ruled out. The manner in which a note was scribbled on the victim’s t-shirt is comparable to the Maoist tactic. O’brien’s suggestion that the BJP or Bajrang Dal could have played a part is in accordance with the Trinamool claim that the party has “imported” much of the violence into Bengal during the rural elections in order to create unrest.

However, political pundits, while not ruling out any possibility, do note that there are indications that the Trinamool may be using these suggestions as red herrings.

“If the BJP has enlisted Maoist help to create violence during the rural elections, as often it has been suggested, it is not yet time for the Maoists to take revenge on the BJP for the simple reason that the party is not yet in power in the state,” notes a political commentator.

“If they do gain power and if the Maoists feel that it has betrayed its’ promise, the militants may strike against the BJP. In fact, that is what happened with the Trinamool and the Maoists now consider the Trinamool its enemy. It will possibly, by that logic, not like to eliminate the Trinamool’s chief rivals, which is the BJP.”

“During the Left rule, the CPI(M) claimed that the murders taking place in the jungles of Jungle Mahal were perpetrated by Maoists. While it cannot be ruled out but currently the BJP’s main rival in the state is Trinamool.”

The Trinamool has ordered an investigation into the two killings. In fact, the "suicide" possibility has not been ruled out either, according to police.

“All angles must be probed,” Derek O’brien stated. Lauding his government for initiating a speedy investigation through its detective agency CID, he said, “The perpetrators of this heinous act must be punished. Let the truth be found out through proper investigation.”

However, BJP state president Dilip Ghosh has dismissed the idea that the state-run CID would carry out a “free and fair” investigation. “We demand a central probe by the CBI,” he said.

But CID or CBI, said one family member, “we will never get our son back.”