As the name suggests, green crackers are said to be less harmful as compared to the conventional firecrackers, mainly due to the absence of barium nitrate, a toxic salt. 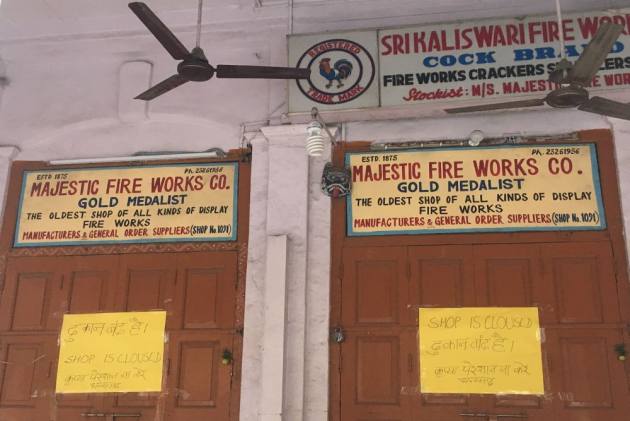 With just two days to Diwali, firecracker vendors in Delhi are still waiting for their licences to be able to sell their stock.

Delhi Police says they are ensuring the Supreme Court order is followed and have, therefore, shut down shops which are not selling “green crackers”.

The Supreme Court on October 23 imposed a ban on making and burning of traditional firecrackers (series crackers or laris) to prevent Delhi air’s from deteriorating further; saying these crackers will add to air, noise and solid waste problems and made the sale of ‘green firecrackers’ compulsory for all.

Stub It Out: Putting An Abrupt Stop To Crop Burning Seems To Be An Impossible Aspiration

Supreme Court Permits Sale Of Only 'Green' Crackers In Delhi-NCR

Speaking to Outlook, Jama Masjid police station officials said there are nine authorised firework shops in the area and all of them are shut.

“We are visiting shops on a regular basis and police personnel in casual/informal dresses have been deployed on the streets. None of the shops is selling any traditional fireworks in our area,” Raja Ram Yadav, Jama Masjid SHO told Outlook.

“We are following SC’s order strictly. We will take legal action against anyone who tries to break rules,” he added.

However, shopkeepers and customers in the national capital said they weren’t aware of the term "green crackers”.

"I haven’t yet seen a single shop selling green crackers. For me it's going to be same as 2016 when the court had banned the sale and use of firecrackers in Delhi," said a customer. 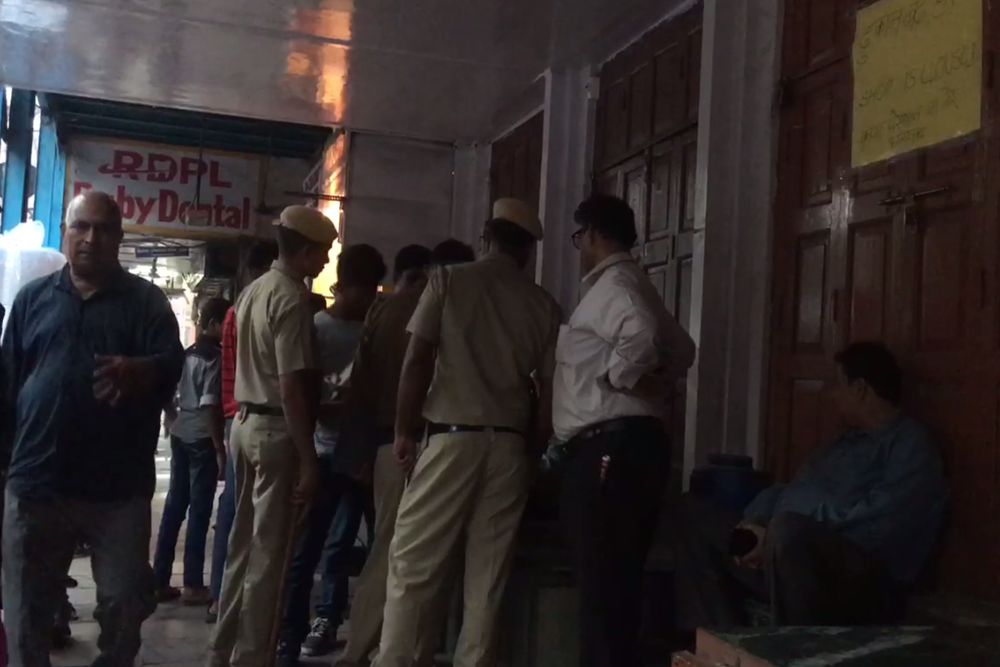 "It’s not available everywhere in the market. It is a new thing. Most of us don't even know what green crackers are," said another customer.

“Preventing the sale of polluting firecrackers and ensuring that they are burst only during the specified time period will test the capacity of police forces to the hilt,” he added.

What are Green Firecrackers?

As the name suggests, green crackers are said to be less harmful as compared to the conventional firecrackers, mainly due to the absence of barium nitrate, a toxic salt.

Quoting Dr Rakesh Kumar, Director, (CSIR-NEERI), a report by The Indian Express said that in the green crackers, the materials which are less harmful and less dangerous to the environment are used.

According to scientists, the green firecrackers have been named as Safe Water Releaser (SWAS), Safe Thermite Cracker (STAR) and Safe Minimal Aluminium (SAFAL). Researchers say these crackers have the unique property of releasing water vapour and/or air as a dust suppressant and diluent for gaseous emissions that match with the performance in sound with traditional conventional crackers. 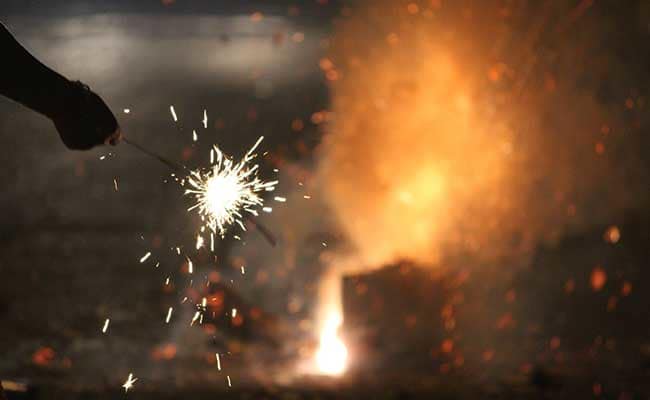 Shopkeepers say Supreme Court order means they will have to suffer huge losses. They said the court order came too late and that they had placed already placed orders to replenish their inventories.

“My annual income depends on selling fireworks. This year’s sudden order has affected my business. I am not against green firecrackers, but the verdict is a late decision,” said Maheshwar Yadav, a man who has been selling crackers at his 50-year-old shop in Chawri Bazaar. 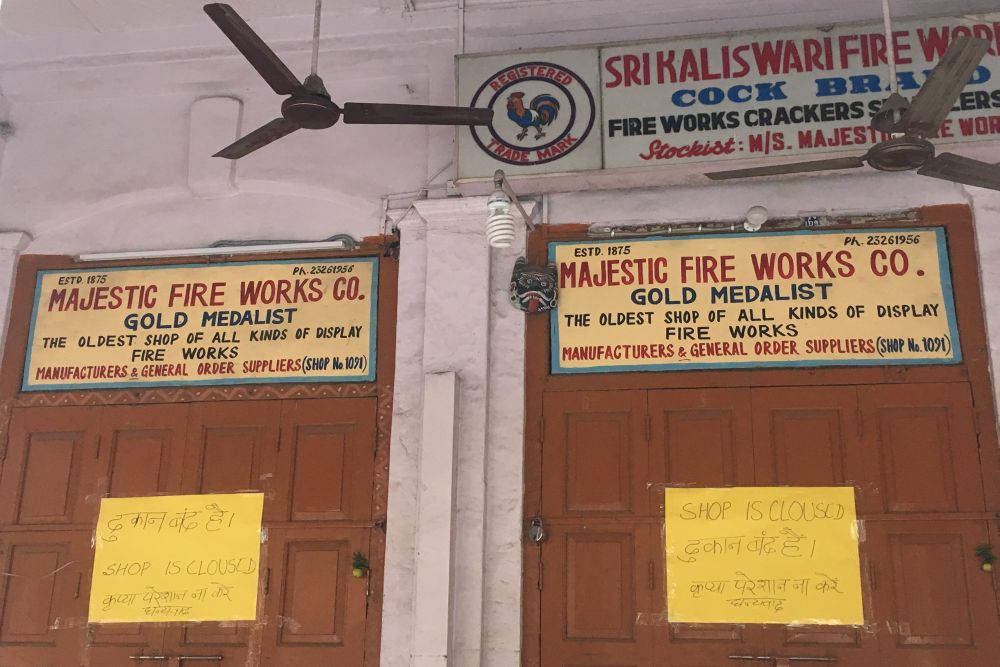 Shopkeepers are protesting the order, albeit mildly, in hushed tones. Some have put up posters on the closed shutters of their shops asking people not to disturb them. “Dukaan bandh hai, kripya pareshaan na kare” (Shops will remain closed. Kindly do not disturb), read one such poster in Chawri Bazar market.

“I am sitting outside my shop since October 25, following the Supreme Court’s order on firecrackers. I come here every day because I cannot sit at home and do nothing. My daily income is dependent on this business and this is a licensed shop. But the police has sealed my shop since I don't have green firecrackers,” another shop owner said. 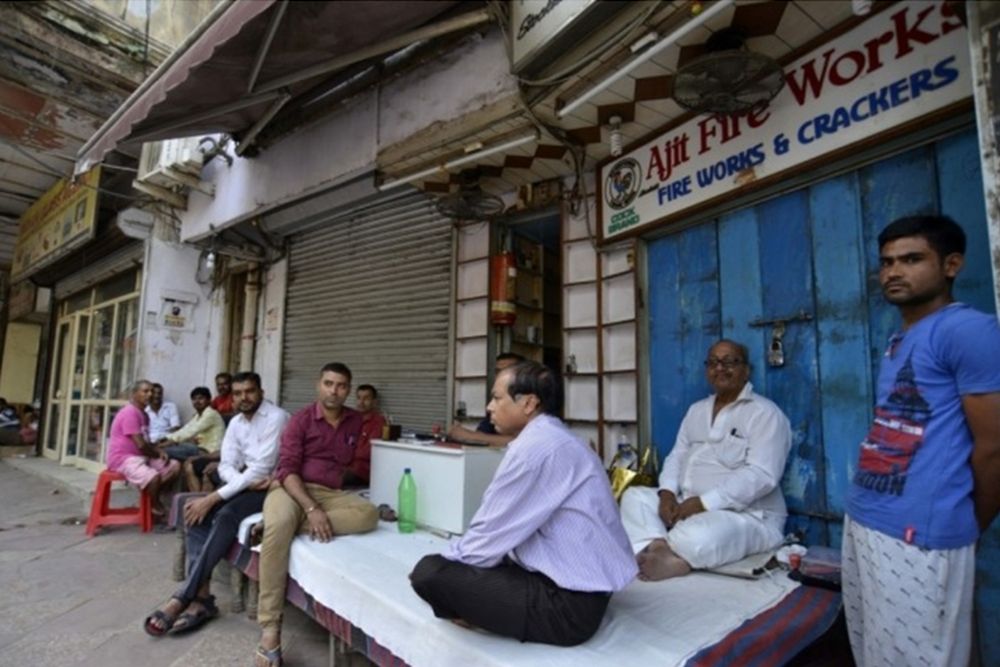 The citizens of Delhi on Monday woke up to the first dense smog of the season with the air quality in many areas ranging from poor to hazardous. The Air Quality Index (AQI) around Mandir Marg recorded PM 10 levels at 707 and PM 2.5 at 663, while PM 10 levels were 681 and 676 around Jawaharlal Nehru Stadium and Major Dhyan Chand National Stadium, respectively.