12 houses near the dam have been washed away. A team of National Disaster Response Force (NDRF), police and volunteers are present at the spot. 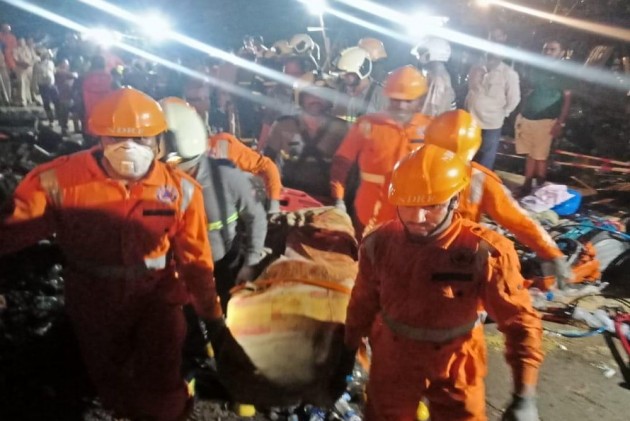 The dam breach caused a flood-like situation in seven downstream villages, with as many as 12 houses being swept away.

"Police have moved the villagers to safety. The situation is under control now," he said.

Another police officer said rescue operations were hampered initially due to darkness and sudden influx of water.

Local public representatives alleged that the government neglected their pleas for maintenance of the dam.

They claimed to have written to the administration about the cracks in the walls of the dam, but no action was taken.

Maharashtra Water Resources Minister Girish Mahajan said villagers in the vicinity of the Tiware dam had complained of cracks in the dam.