Hundreds of migrants, a majority of whom are daily wage workers, started rushing to their native places from different states amid uncertainty over their livelihood following the announcement of a 21-day nationwide lockdown last week to limit the spread of the coronavirus. 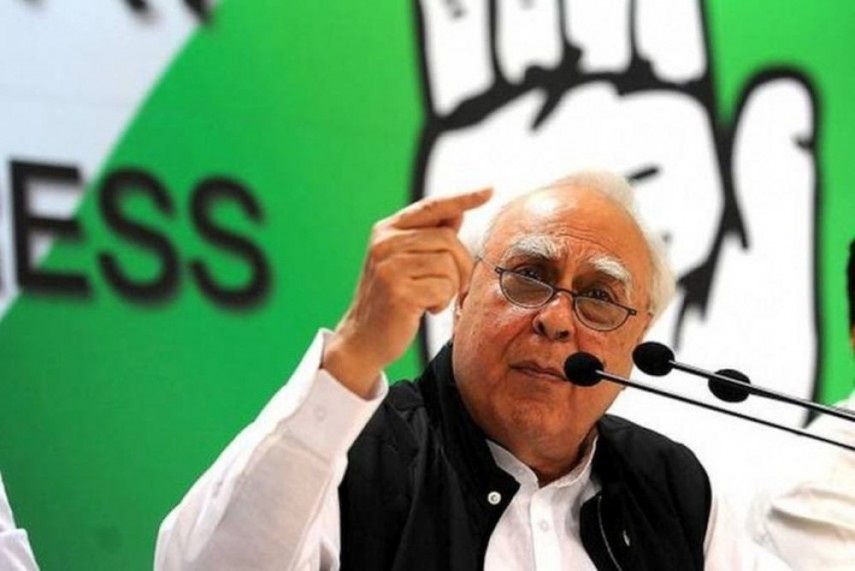 In an apparant reference to the situation of the migrant labourers across the country, Senior Congress leader Kapil Sibal on Wednesday said that there are two types of people, one who are performing yoga and watching Ramayana while other, who are trying to reach home, are fighting for survival.

Taking to Twitter, Sibal wrote, "Two India's--One ( at home ) Doing yoga Watching Ramayana Playing Antakshari The other ( trying to reach home ) Fighting for survival Without food Without shelter  Without support."

In another tweet, Sibal on Tuesday slammed the incident in which disinfectant was sprayed on migrant labourers who were returning to Bareilly in Uttar Pradesh.

"Disinfectant Spray. Time to sanitise our politics, Not migrant workers reaching Bareilly to go home They work -1) in factories, 2) harvest crops, 3) in restaurants, hotels, 4) in construction
projects, highways, 5) in homes. They build India, Treat them with dignity," Sibal tweeted.

Earlier on Monday, after a video went viral in which officials wearing protection gear were seen spraying disinfectant on migrant labourers in Uttar Pradesh's Bareilly, the government said thataction has been taken against those responsible.

Hundreds of migrants, a majority of whom are daily wage workers, started rushing to their native places from different states amid uncertainty over their livelihood following the announcement ofa 21-day nationwide lockdown last week to limit the spread of the coronavirus.