Two Is A Crowd At Statistics Ministry, Demolishes Canteen To Make Office For Vijay Goel Along With Sadananda Gowda 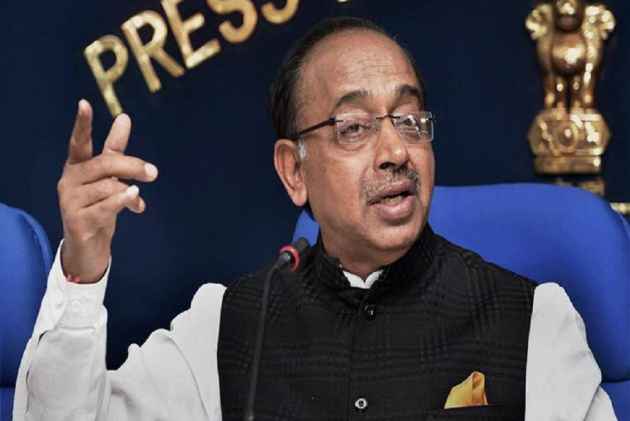 A government staff canteen in Sardar Patel Bhawan which was renovated at a cost of Rs 52 lakh last year is now being torn down to construct an office room for the Minister of State for Statistics and Programme Implementation Vijay Goel at an expense more than Rs 1 crore, reported The Indian Express.

Never before in the recent past did the lightweight ministry of statistics have two ministers, which changed when Goel was given additional charge as minister of state for the ministry headed by Union minister Sadanda Gowda five months ago. So, a new office room had to be created at the Sardar Patel Bhawan in Sansad Marg to accommodate junior minister Goel as well, reports Outlook's Bhavna Vij-Aurora.

Before, Sadananda Gowda, General V K Singh held independent charge of the Ministry of Statistics and Implementation. Prior to Singh, Rao Inderjit Singh Yadav headed the ministry – never assisted by a junior minister.

A senior official of the Central Public Works Department (CPWD) told the newspaper: “Most of the work already completed was done on the advice of the Minister’s personal staff. The Minister has suggested some more modifications and alterations according to Vaastu. To comply with the latest suggestions, we may need some more money for which we will send estimates soon.”

An amount of Rs 71 lakh has already been sanctioned by the department to be spent on civil, electrical and furnishing work. The Minister’s office also needs LED TV, Internet and telephone facilities for which another Rs 39 lakh has been sought, the report adds.

However, Goel has said that he didn't expect the construction cost to go beyond Rs 1 crore or that a staff canteen had been demolished.

Apart from MoSPI, the Sardar Patel Bhawan houses offices of the Department of Personnel and Training (DoPT), Ministry of Panchayati Raj and National Security Council Secretariat. The canteen that is being demolished caters to hundreds of employees.

At present, the canteen has been shifted to the ground floor near the parking area as a makeshift arrangement, with many tables placed out.

Last year, during a cabinet reshuffle, Goel, who was the minister of state for sports with independent charge, was shifted to the parliamentary affairs ministry and was also given additional charge of Statistics and Programme Implementation.