The wounded teachers were shifted to SKIMS hospital where they were declared brought dead on arrival. The latest incident comes a day after three civilians including owner of Bindroo Medicate was shot dead in Srinagar and Bandipora. 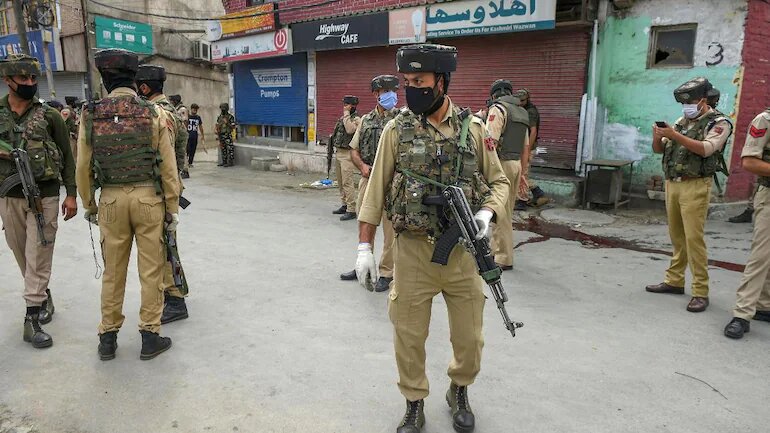 Official sources confirmed death of a principal of a school and a female teacher in Safa Kadal area of Srinagar as gunmen opened fire on Thursday.

The teachers have been identified as Satinder Kour and Deepak Chand. The incident took place at Safakdal area of Srinagar. They were shifted to SKIMS hospital where they were declared brought dead on arrival. The latest incident comes a day after three civilians including owner of Bindroo Medicate was shot dead in Srinagar and Bandipora.

"Shocking news coming in again from Srinagar. Another set of targeted killings, this time of two teachers in a Govt school in Idgah area of the city. Words of condemnation are not enough for this inhuman act of terror but I pray for the souls of the deceased to rest in peace," former Chief Minister Omar Abdullah tweeted.

"Heartbroken, devastated and shattered by the news of the brutal killing of two school teachers at a school in Eidgah.

No words can express my anger and anguish.

My heart goes out to their families. I stand by them in this hour of grief and trauma. Inconsolable tragedy!,' mayor of Srinagar Junaid Mattoo said.

Bharatiya Janata Party (BJP) JK spokesman Altaf Thakur said he is condemning militants who killed a female school principal and a teacher at Government Higher Secondary School Sangam in Eidgah area of Srinagar. He said killing unarmed teachers, who have nothing to do with politics, is nothing but purely an inhuman act and frustration.
“Those who killed the two teachers have no religion. These teachers were teaching students, what was their fault,” Thakur said. “This is a cowardly act and deserves the highest form of condemnation. Killing of unarmed civilians can never be justified as no religion allows to kill innocents.” Thakur expressed sympathies with the families of slain teachers and urged police to nab the group killing innocent civilians including teachers in Srinagar.

On Tuesday evening militants killed Bindroo at his shop in the high-security zone of the Iqbal Park area. This was followed by the killing of a non-local roadside Bhelpuri vendor in Lalbazar of Srinagar. In the third attack in north Kashmir’s Bandipora district, militants shot dead a civilian identified as Mohammad Shafi Lone.

The killing of Bindroo has shocked Kashmiri society as condemnation is pouring from all sides.