The terrorists targeted the NC workers in Karfali Mohalla. The one injured has been shifted to a hospital. 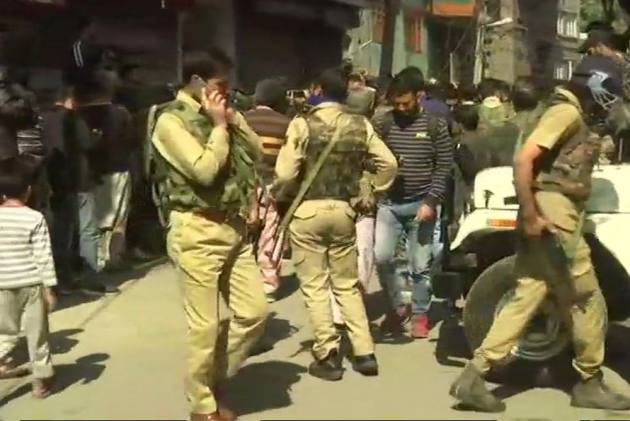 Militants on Friday shot dead two workers of National Conference and injured another by firing at them from a close range in Kani Kadal area of Srinagar, police said.

The police have not confirmed whether the workers were contesting the upcoming urban local body elections. "The terrorists targeted the NC workers in Karfali Mohalla. The one injured has been shifted to a hospital," a police official said.

The NC and the Peoples Democratic Party (PDP) have boycotted the municipal and Panchayat polls in the state slated for October and November-December, respectively.

Former Jammu and Kashmir Chief Minister and National Conference vice president Omar Abdullah condemned the incident. "I cannot condemn strongly enough the murderous terrorist attack against three of my party workers. Nazir Ahmed Bhat (working in the office of MLA Shamima Firdous) & Mushtaq Ahmed Wani have been killed," he said in a tweet.

Shakeel Ahmad Zangoo has been injured & is in hospital. I pray for his complete & speedy recovery. May the families of Nazir, Mushtaq & Shakeel find strength in this most difficult time.

PDP president and former Chief Minister Mehbooba Mufti also condemned the attack. "Pained to hear about the killing of two NC workers . My heart goes out to their families & children . Cannot possibly imagine what they must be going through," she tweeted.

Pained to hear about the killing of two NC workers . My heart goes out to their families & children . Cannot possibly imagine what they must be going through .

The incident comes just two days ahead of polling for the first phase of elections for urban local bodies in Kashmir.