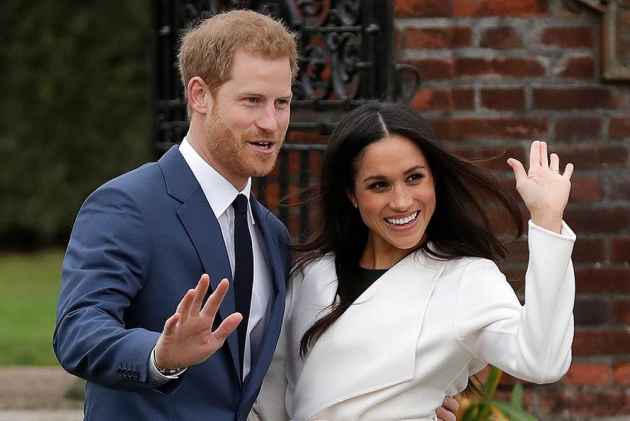 The leader of the anti-immigration UK Independence Party announced today he had ended his relationship after his girlfriend reportedly made racist remarks about Prince Harry's fiancee Meghan Markle.

Henry Bolton said he ended his brief liaison with 25- year-old Jo Marney after the Mail  newspaper on Sunday published what he described as "appalling and insulting" text messages she reportedly sent.

"I don't defend these comments whatsoever... As of last night the romantic side of our relationship is ended," he told ITV television.

Bolton, who took up the UKIP leadership in September, said Marney had been suspended from the party.

He is under pressure to resign over his liaison.

According to the Mail on Sunday, she wrote messages to a friend complaining that Markle -- an American actress of mixed race who is due to marry Harry in May -- would "taint our royal family" with her "seed".

"Next will be a Muslim PM (prime minister). And a black king," she was reported to have written.

In a statement, Marney said her remarks were "deliberately exaggerated to make a point" and were taken out of context, but "I fully recognise the offence they have caused".

Bolton had already made headlines this month over his decision to end his marriage and start dating Marney.

He has resisted widespread calls to resign as UKIP's third elected leader since Nigel Farage stepped down in the wake of Britain's 2016 vote to leave the European Union.

The party has struggled to find a role since the Brexit referendum and has been beset by infighting.