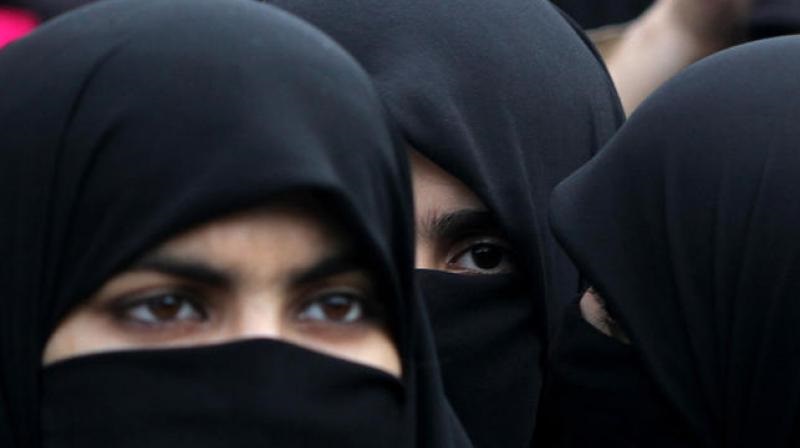 UK police are investigating the alleged online abuse of an Indian-origin school principal who was characterised as German dictator Adolf Hitler over her attempt to ban the hijab for very young pupils. Neena Lall, the head-teacher of St Stephen School in east London, has been in the eye of the storm over a decision to ban the hijab for girls under eight years, a decision she was forced to reverse last month amid backlash from the community.

A complaint has now been filed with local police in Newham, east London, about emails, Facebook posts and other social media messages received by both Lall and Arif Qawi, the former chairman of governors, The Sunday Times reported. Local police confirmed that they were assessing a report of malicious communications following abusive e-mails having been received in connection with the case.

Qawi claimed that a campaign of messages, some abusive, over several days had forced the school to reverse its hijab ban. "I resigned because I did not agree with reversing the hijab ban and to protect the head-teacher. She was told that if I left, the campaign would stop, he told the newspaper.No head teacher or governing body should be subject to the sorts of abuse we have heard reported in these recent incidents, said UK education secretary Damian Hinds, the the latest high-profile figure to come out in defence of the school right to set its own uniform policy.

Lord Theodore Agnew, Britain minister for schools systems, faith and counter-extremism in education, had last week offered his backing to Lall over her decision. St. Stephen Primary School in east London has been at the center of media attention after its ban on young pupils wearing the hijab and fasting during Ramadan. I have seen the vitriolic abuse on social media after this decision and read of the intimidation of staff, resulting in the resignation of the chairman of governors. I wanted to send out a clear message: bullying or intimidation of school staff is completely unacceptable, he said. Earlier this month, the UK independent schools watchdog the Office for Standards in Education, Children's Services and Skills (Ofsted) ï¿½?? had also come out in support of the school. School leaders must have the right to set school uniform policies in a way that they see fit, in order to promote cohesion, said Amanda Spielman, the head of Ofsted. Under the UK. Department for Education guidelines, uniform policy is a matter for individual head-teachers and their governing bodies. Next week, Ofsted inspectors are to publish a report praising the school leaders and governors. It is expected to confirm that the school is outstanding the highest inspection judgment for schools and criticise the pressures brought to bear on Lall and her management team