While terming Modi as her leader, Bharti said the PM's style of functioning which is characterized by mutual coordination is unprecedented in world's political and democratic history. 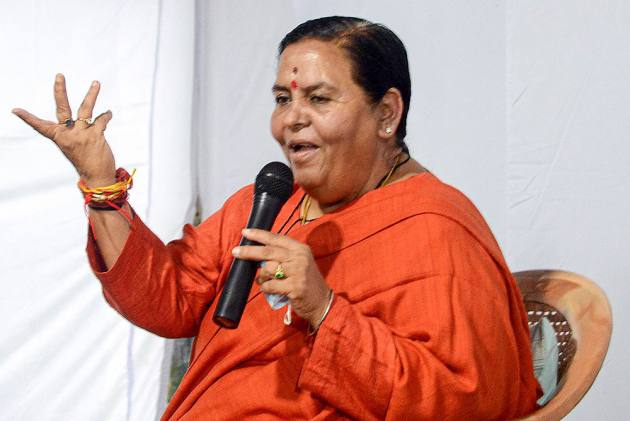 Prime Minister Narendra Modi's unprecedented announcement to repeal the three controversial farm laws rendered Uma Bharti speechless as according to her "the move reflected failure of party workers to communicate properly benefits of the legislations to cultivators".

The former Madhya Pradesh Chief Minister, who took to Twitter to react to the dramatic announcement made late last week, said the farmers of India have never been satisfied with any of the government's measures so far.

“I have been at the banks of Ganga in Varanasi for the past four days. I was left speechless following the PM's announcement on November 19 about repealing farm laws, so I responded three days late,” Bharti tweeted.
The former Union minister said what the PM said while making the announcement to roll-back the three agri-marketing laws left people like her feeling distressed. She said, “It was the inadequacy of us BJP workers if the Prime Minister @narendramodi ji could not explain the importance of agricultural laws to the farmers. Why we could not communicate (the importance of laws) properly to the farmers?”

The BJP leader the PM is a deep thinker who goes to the root of a problem to solve it. “We could not face the constant propaganda of the opposition regarding the agricultural laws. That's why I was getting very upset by the address of the Prime Minister on that day,” she said in another tweet.

In another set of tweets, Bharti, while pointing to her family's agricultural background, said, “The farmers of India have not been satisfied with any government's effort till date. I am from a farmer family. My two elder brothers are still dependent on agriculture. I have constant communication with them. I have a lively connection with my native village.” She said getting fertilizers, seeds and electricity on time and opportunity to sell food grains on their own terms can bring happiness to farmers.