Addressing the meeting, US Ambassador said religious freedom is essential for achieving peace and stability within nations and among nations. 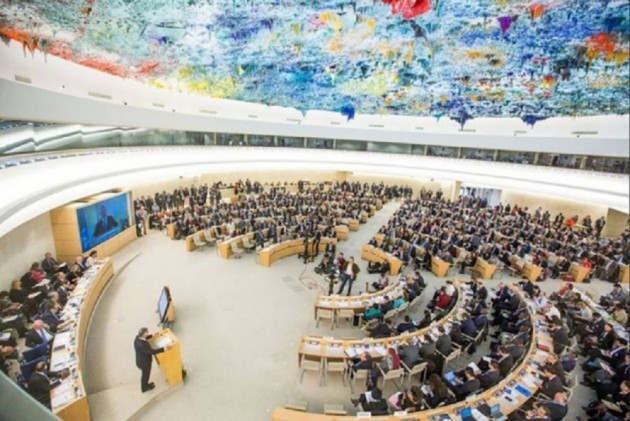 In a UN Security Council meeting on Thursday,  western powers including the US and UK called out both China and Pakistan for their persecution of religious minorities.

China and Pakistan were targeted at the international forum for the oppression faced by Christians, Ahmadis, Uighurs and other ethnic minorities within their territory.

The Arria-Formula Meeting of the Security Council on 'Advancing the Safety and Security of Persons Belonging to Religious Minorities in Armed Conflict' was organised by Poland, the Council President for August, to mark the first International Day Commemorating the Victims of Acts of Violence Based on Religion or Belief.

Addressing the meeting, US Ambassador at Large for International Religious Freedom Samuel Brownback said religious freedom is essential for achieving peace and stability within nations and among nations.

"In Pakistan, religious minorities continue to suffer from persecution, either at the hands of non-state actors or through discriminatory laws and practices,” Brownback said.

“It is important to note that the presence of conflict is not the only context for the oppression of religious minorities. We remain deeply concerned about the Chinese government's escalating, widespread and undue restrictions on religious freedom in China, and we urge the Chinese government to respect the human rights and fundamental freedoms of everyone in that nation,” Brownback said.

He emphasised that many members of religious groups in China – including ethnic Uighur, Kazakhs and other Muslims, Tibetan Buddhists, Catholics, Protestants and Falun Gong – face severe persecution and repression, and “we call on the Chinese government to end its war on faith and to respect religious freedom for all."

“I respectfully urge all countries, including those in Muslim majority countries, to join our calls for better treatment of Muslims and others in China,” he said.

Addressing the meeting, UN chief António Guterres called for an end to the persecution of religious groups. “Jews have been murdered in synagogues, their gravestones defaced with swastikas; Muslims gunned down in mosques, their religious sites vandalized; Christians killed at prayer, their churches torched.”

He stressed that the world must step up to stamp out anti-Semitism, anti-Muslim hatred, the persecution of Christians and other religious groups, and all forms of racism, xenophobia, discrimination and incitement to violence.