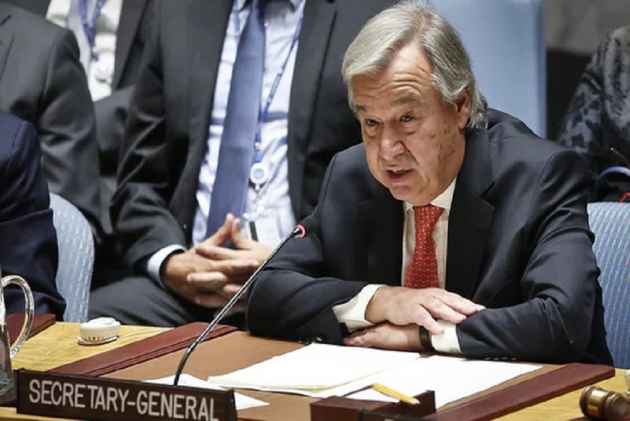 "The situation has spiraled into the world's fastest developing refugee emergency, a humanitarian and human rights nightmare," Guterres said in a speech to the UN Security Council yesterday.

The UN has received "bone-chilling accounts" of refugees being subject to "excessive violence and serious violations of human rights, including indiscriminate firing of weapons, the use of landmines against civilians and sexual violence," Guterres told the public session of the council.

"This is unacceptable and must end immediately," he added.

Myanmar's military has been accused of ethnic cleansing against Rohingya Muslims.

Guterres called on Myanmar to halt military operations, allow "unfettered access" for humanitarian aid, and the "safe, voluntary, dignified and sustainable return of the refugees to their areas of origin."

"The reality on the ground demands action -- swift action -- to protect people, alleviate suffering, prevent further instability, address the roots of the situation and forge, at long last, a durable solution," he said.

The UN chief noted that the "systemic violence" could cause unrest to spill into the central part of Myanmar's Rakhine state, threatening 250,000 Muslims with displacement.

Guterres said a donors' conference would be held on October 9, without specifying the location.